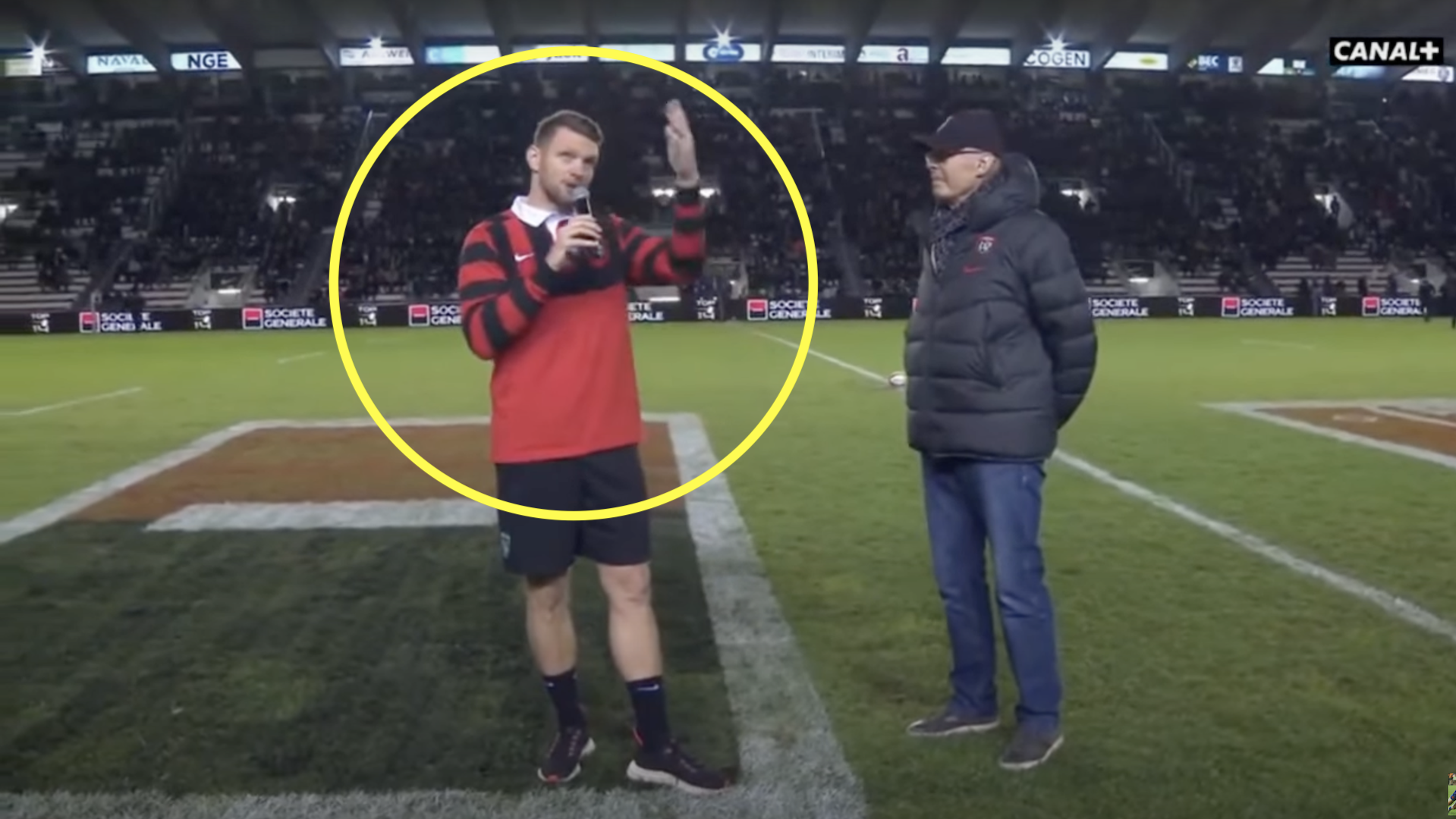 Wales captain Dan Biggar made his first appearance as a Toulon player on Sunday during his new side’s match with Racing 92 in the Top 14.

The fly-half was unveiled to the crowd and gave a speech to his new supporters. To be fair to the 33-year-old, he did speak French, albeit with a thick Welsh accent. The crowd seemed to jeer his French accent at first, but he managed to win them over. It does not take a linguist to work out what the translation was when he said “super supporters,” and that was the moment the crowd erupted.

Biggar is currently out of action with a knee injury, but Toulon will hope that he will be able to turn their fortunes around when he returns to action. The three-time European champions currently sit in ninth place in the Top 14 and lost 31-14 to Racing at home at the Stade Mayol yesterday.

They face Zebre and Bath over the coming weeks in the European Challenge Cup.