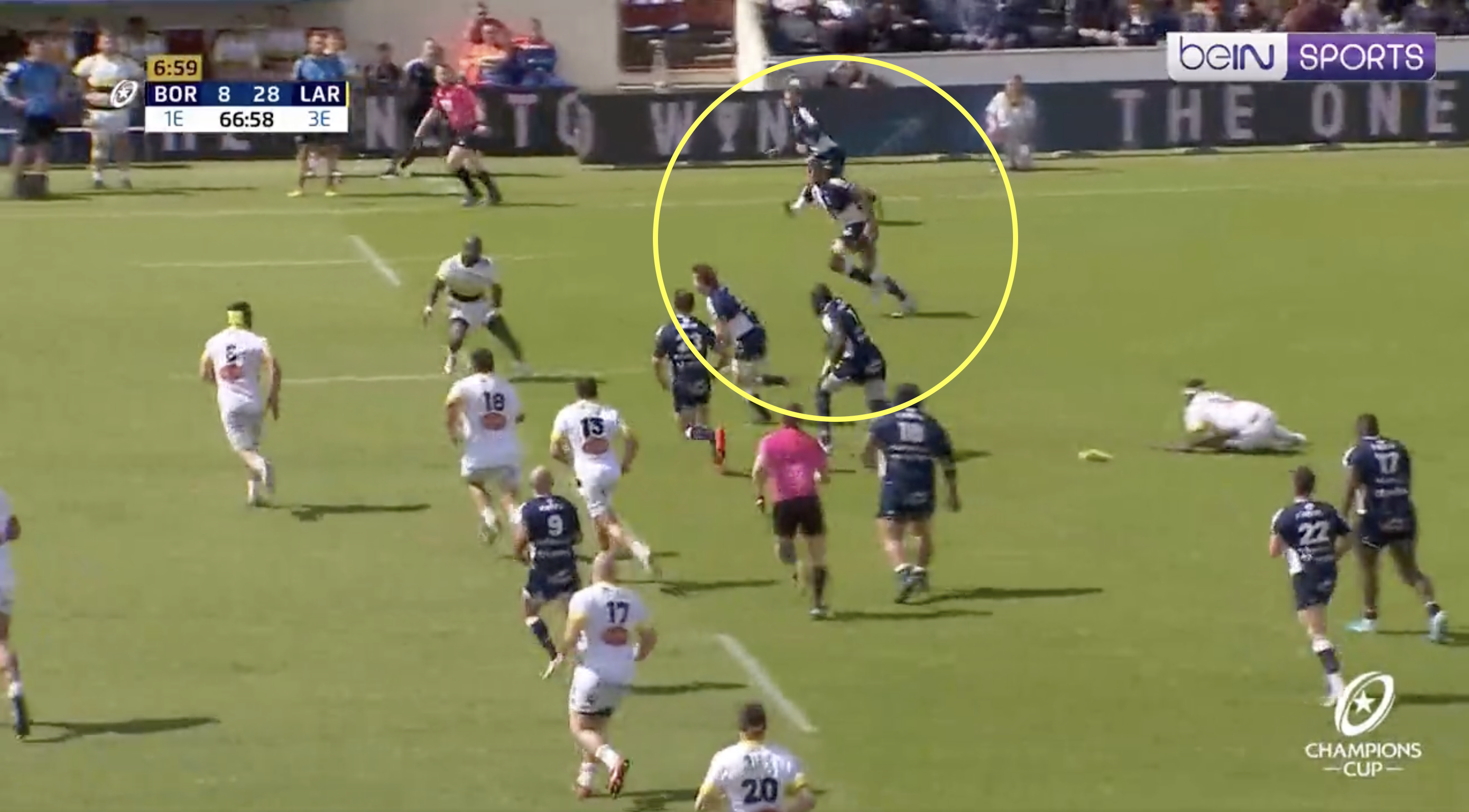 For those that were not aware, Cameron Woki is good at rugby and he showed that once again in the Heineken Champions Cup today.

After spending the Six Nations playing in the second row, the 23-year-old started at his more familiar blindside flanker for Bordeaux Begles as they hosted La Rochelle in the last 16 of Europe’s premier competition. After scoring an athletic try in the first half with a leap over the ruck, he showed he is more or less the full package in attack later in the game when he was given the ball in space.

Woki received the ball in his own half inside the 15 metre channel with a fair amount of space in front of him. The only player covering was seven cap Springbok Raymond Rhule, who had already shown earlier in the match how devastatingly pacy he is with the first half of the match. However, he was no match for Woki, and could barely keep up with the Frenchman, admittedly after giving him a bit of space. In fact, he was not able to get back in time to stop Woki having a one on one with fullback Brice Dulin. Woki drew Dulin and produced an audacious one handed offload to put his winger Federico Mori in for the try.

Woki laid a good case in this match that he is the most athletic forward in world rugby, showing the pace of a winger in this try.

Despite Woki’s efforts, it was not enough to prevent his side going down 31-13 in the first leg, meaning they will need to produce and almighty performance away from home next week to progress to the quarter finals.