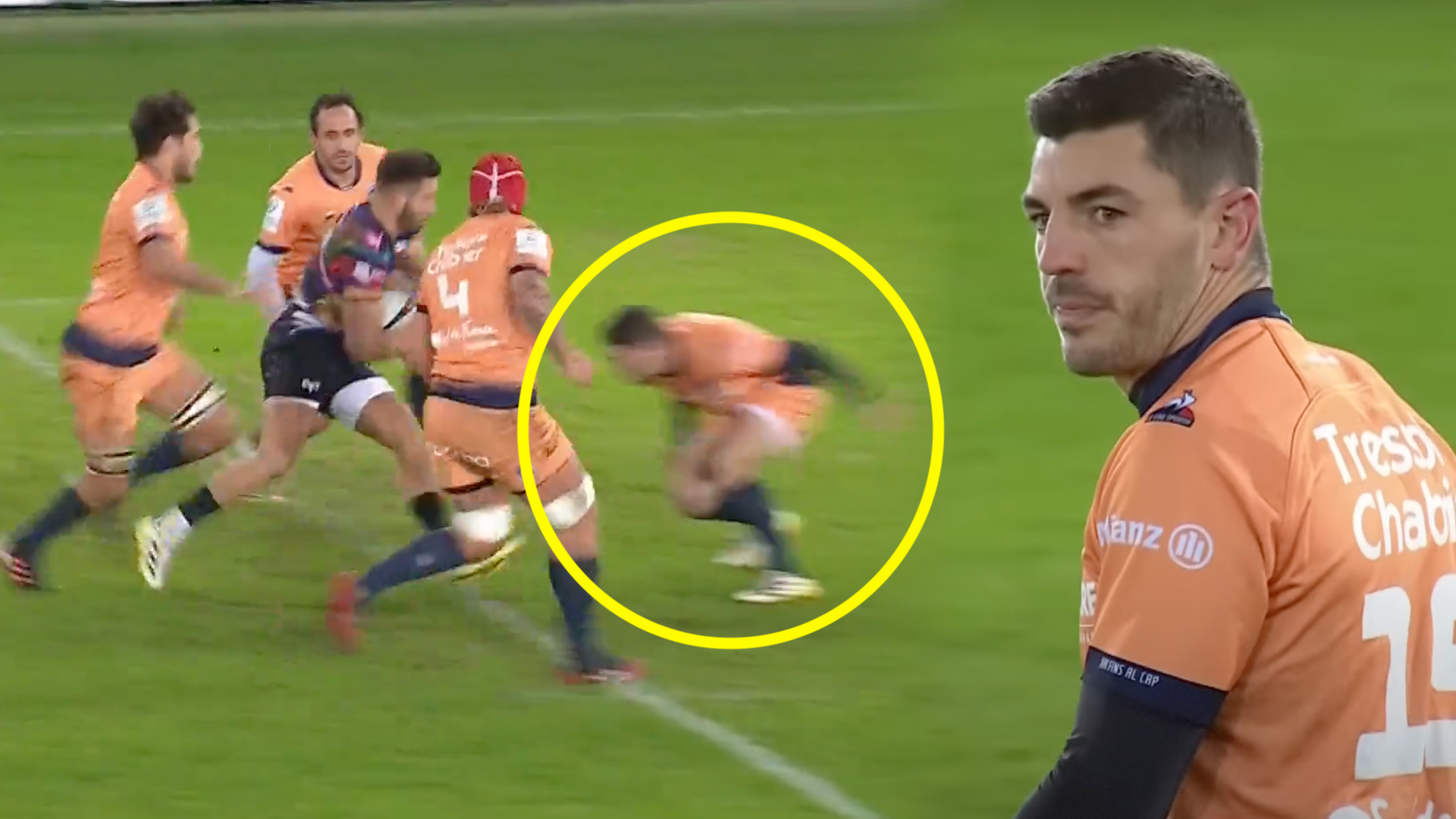 If anyone thinks that massive hits in rugby are reserved for forwards and oversized backs, watch Montpellier’s match with the Ospreys on Saturday at the Liberty Stadium.

France fullback Anthony Bouthier proved that in this day and age players can still make perfectly legal big hits, and did it all while being 1.82m and 86kg.

It came early in the match against the Ospreys, as Rhys Webb took a quick tap and found himself charging into the fullback. Bouthier proceeded to pick him up and drive him backwards. There was absolutely no danger of going high with the tackle, and though he did pick up the scrum-half and drive him backwards, he did it safely and legally. Webb did end up landing on his arm/shoulder, but that was because he twisted while in midair in order to recycle the ball quicker.

Of course, this was also against a player that was against a scrum-half rather than someone like Ardie Savea, but Webb is still 91kg, and he was seemingly picked up with ease. It goes to show that having good technique can go a long way.

This was all in an epic game, where the Ospreys came out 35-29 in a nine-try thriller. The win puts the Ospreys in a very good position to qualify for the Heineken Champions Cup knockout stages.

Ospreys head coach Toby Booth said after the match: “We are in the entertainment business and that game certainly provided it as it went from one end to another.

“After the game over there, we knew they would come over with a point to prove but we just found a way to win.

“Cai (Evans) has grabbed his opportunity as it’s been a difficult journey for him with injuries but now he’s really thriving and fulfilling the talent he’s got.”