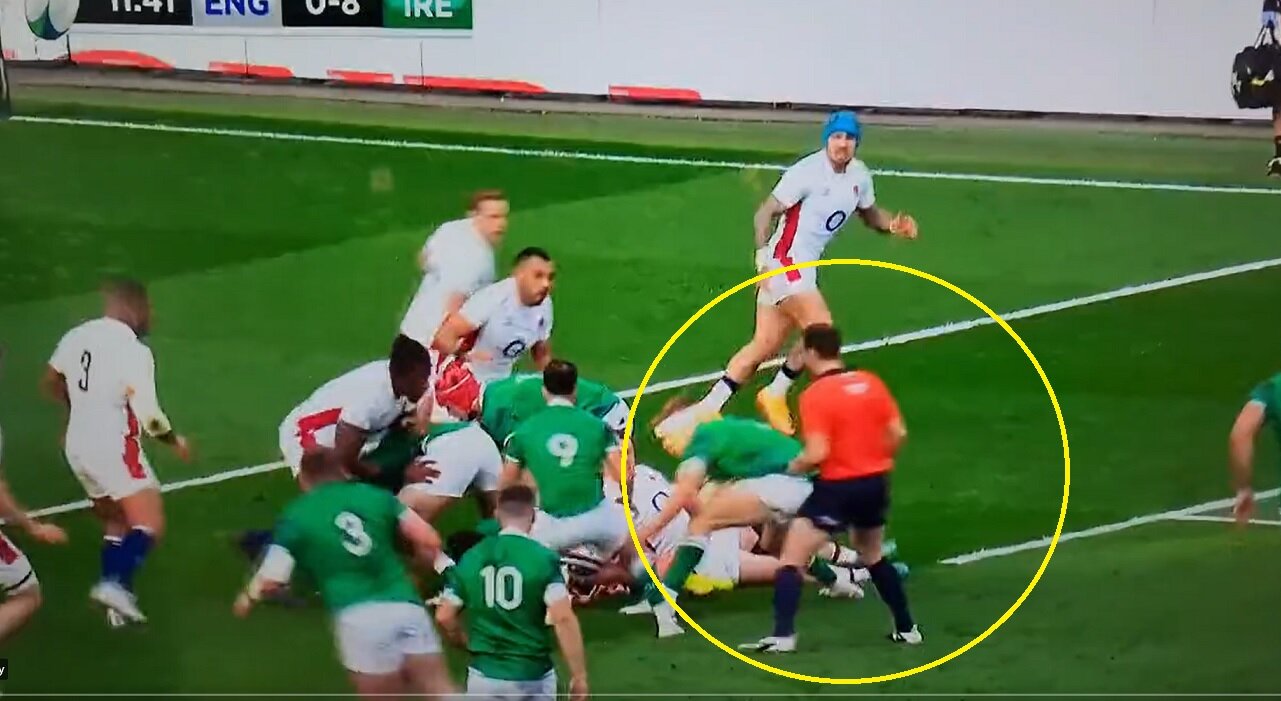 Fresh claim Ireland star should’ve been sent off too

A number of irate England fans are pushing the claim that Tadhg Furlong should have been sent off for an apparent clothesline on England centre Henry Slade just minute after Charlie Ewels was sent off.

Ewels was correctly red-carded for running into Ireland lock James Ryan and concussing him just 82 seconds into the game.

Some are now calling for a new card to be brought in between a yellow and red for similar purely accidental incidents.

Anyway, many felt Ireland were lucky not to be given a yellow after England apparently had the upper hand in the scrums as the game wore.

One England fan wrote that if Furlong didn’t get a red for the clothesline, why would he get a yellow for repeated scrum penalties.

“Well, if they’re not going to give a red for this while looking right at it…. I expect no yellow either. What’s happened to officiating in rugby? So woefully inconsistent,” pointed out Tim White.

Well, if they're not going to give a red for this while looking right at it…. I expect no yellow either. What's happened to officiating in rugby? So woefully inconsistent pic.twitter.com/jnR2O81bIz

Many now believe that England should awarded a win as a result of the missed red card for Furlong.

If a 14-man England nearly beat Ireland, sure a 14 versus 14 match would have resulted in a 20 point win for Ireland.

The Six Nations Championship is the oldest international rugby tournament in the world, dating back to its original incarnation in 1883 and expanding to its current format of six teams in 2000. It consists of three highly competitive annual tournaments across men’s, women’s and U20s rugby.

In its day-to-day operations, Six Nations Rugby is guided by the core values of courage, solidarity, inclusion, integrity, and creativity. Together with its unions and federations, Six Nations Rugby is committed to the development of rugby at all levels, as well as working with other governing and representative bodies around the world to ensure the best possible future for the game, its players and its fans.