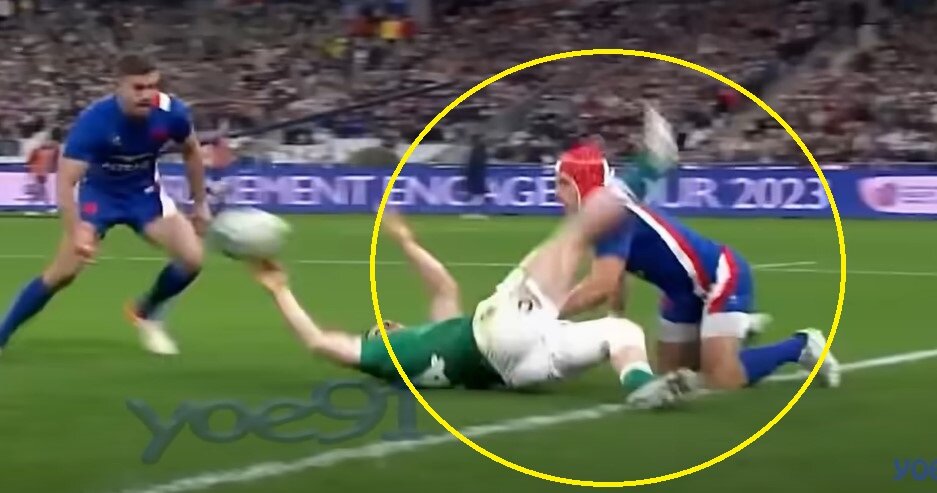 That’s no slight on Conway. The Toulon wing was just immense. So powerful either side of the ball.

It’s a far cry from where he started. In fact he started rugby late and was thought to be useless in his first professional club.

Villiere was very nearly written off as young rugby player. Former teammate Ben Mercer at Rouen wrote this about him a few years ago.

“We had a teammate at Rouen who was very bad at rugby,” wrote the now-retired Mercer. “He played scrum-half and wore a scrum cap. Never a good sign. He had enormous hands that got in the way when he tried to pass and enormous feet that shanked box kicks everywhere but straight down the field.

“He belonged in the B team and even then he belonged on the bench. He was already 18 and was unlikely to improve very much. One day he came off the bench and came alive running with the ball. He still couldn’t pass but he could run a bit. He moved to centre where he could run some more.

“In the meantime, he was in the gym every day. He was still skinny and awkward but he was getting stronger and quicker every month. He was still bad but he kept working on his game. After a year he was playing for the B team in the centre.

“The big hands that couldn’t pass now meant he could hand people off, steal the ball in the ruck and score tries one-handed. His big feet still didn’t help him kick but they powered him around the field, now one of the fittest, fastest and most elusive players.”