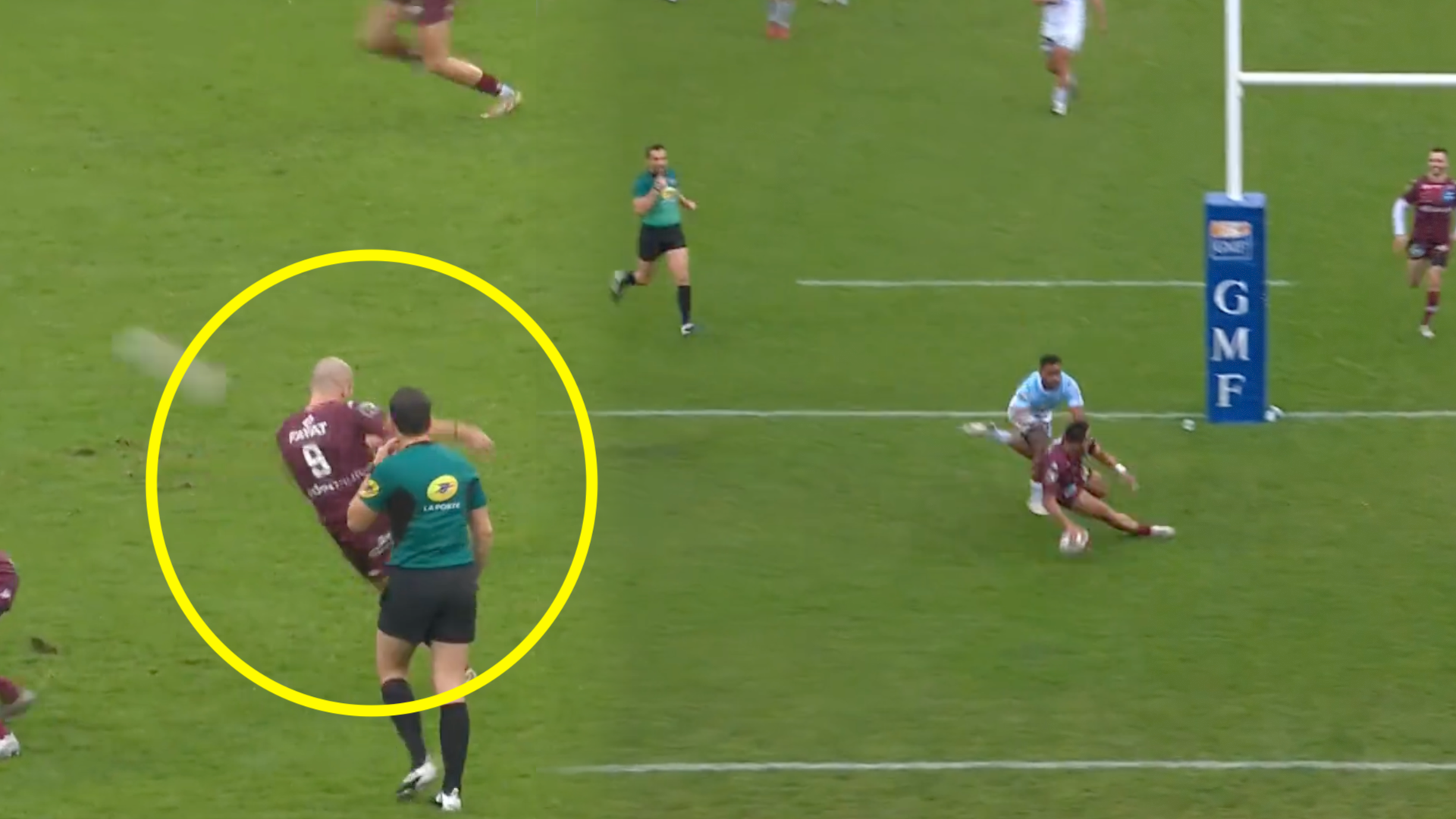 The 50:22 rule is something we are all used to by now, and though there are still pretty impressive kicks being made, most have seen their fair share of the kicks by now. Enter Bordeaux Begles.

Up against Bayonne today in the Top 14 at the Stade Chaban-Delmas, Bordeaux’s backline combined to produce a twist on the 50:22 that might change the game of rugby completely.

It all started with scrum-half Maxime Lucu kicking a 50:22. That’s all normal. What came next is not.

Instead of retrieving the ball in their own 22, the Bayonne defence let Bordeaux winger Louis Bielle-Biarrey pick it up and throw it in quickly. Not picking the ball up is one thing, but not tracking back to cover the quick throw is something else. One long pass from the winger gave France centre Yoram Moefana an easy run through to the line.

This could actually be the first and only time something like this happens. Anything so unique and new will often be on teams’ minds from now on. Bordeaux had to take their chance when it was there, and to be fair to them they did.

Or this could be up to savvy coaches to work out a way of incorporating this move into their play. If that could be done, rugby could look very different in the future, and could require some brushing up on the laws of rugby, particularly regarding being offside at a kick or when the ball goes out of play.

Quick thinking from the home side allows Yoram Moefana to get over the line 👏#TOP14 | #UBBAB pic.twitter.com/L747FfwB2Q

Bordeaux look as though they are going to enter the Heineken Champions Cup double header with a win under their belts. The French outfit face South Africa’s Sharks and Gloucester over the two upcoming weekends, where they will be looking for their first win of the season in Europe having lost their opening two.