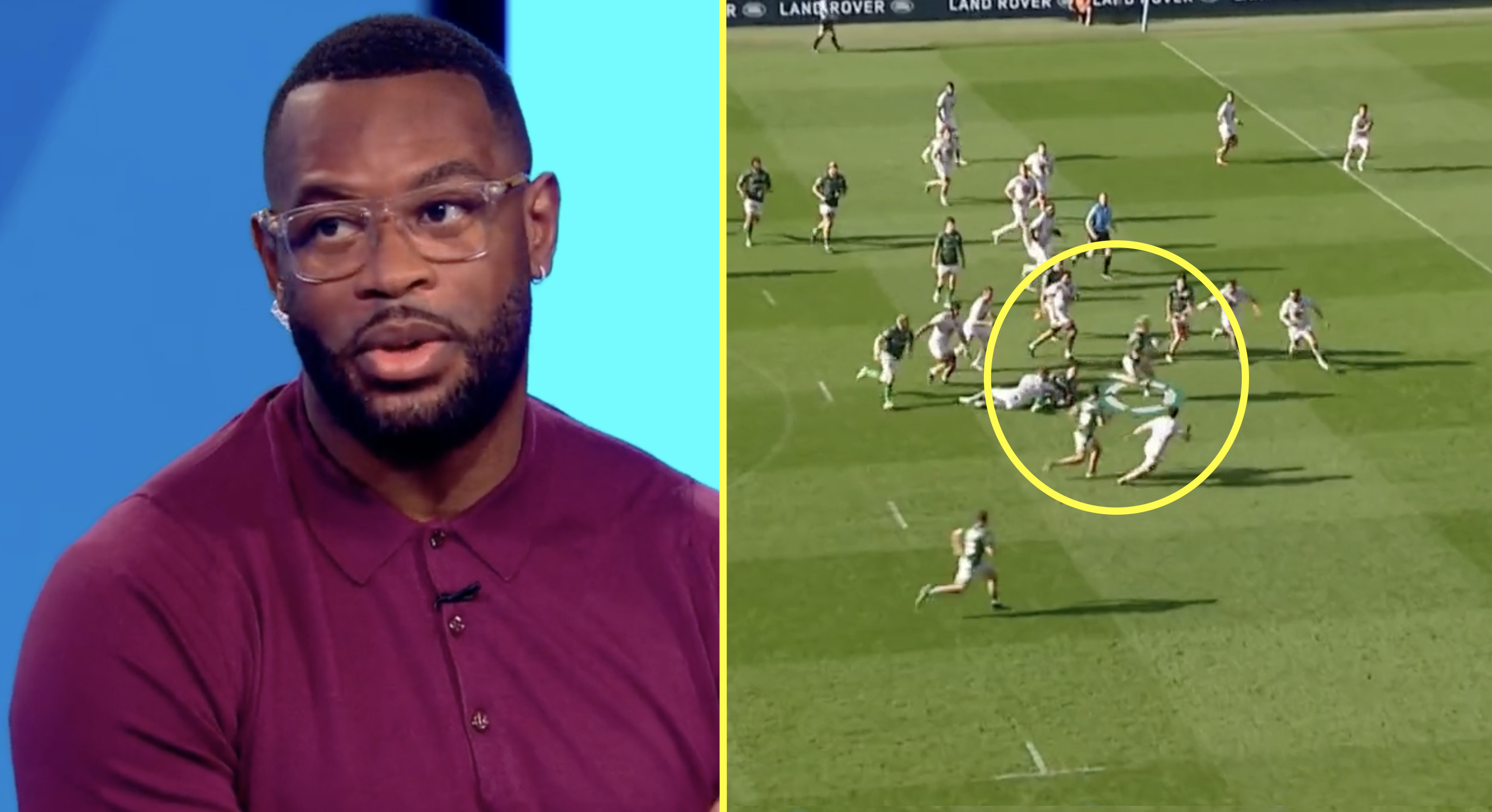 When it comes to wingers getting endorsements from former players, they don’t come much better than former England and British & Irish Lions wing Ugo Monye’s recent assessment of London Irish wing Ollie Hassell-Collins.

The 23-year-old wing was on the scoreboard on Saturday in the Exiles’ loss to Northampton Saints and Monye has since said that he deserves to be capped by England this summer in Australia.

Not our day on Saturday, but it’s always nice to see @OHassellcollins getting over the white wash 🏉

The 6ft 4in wing was part of Eddie Jones’s squad this Six Nations but was uncapped, to the dismay of many, but the 16-cap Monye feels Jones can ignore him no longer, saying “he’s big, he’s strong and he’s really, really quick.”

The Exiles currently sit in eighth in the Gallagher Premiership table, but are very much still in the hunt for a top four place. Perhaps a strong showing by them at the back end of this season will be enough to persuade Jones to cap some of their players.

“London Irish have had this unbelievably ability of bringing through young, English qualified back three members, and I think he’s top of the pops in that next wave of players to do it,” Monye said. “Genetically he is blessed- he’s big, he’s strong and he’s really, really quick and I think he deserves a change. I may get a chance this summer on that Australia tour. I know he’s been involved with this Six Nations but yet to be capped, but massive fan of him.

“The biggest compliment I could give to him is that, within this back line that’s full of talent, they often look for him off first phase. We saw the inside ball then everything is wanting to feed him because when he gets the ball in his hands, he more often than not beats the first defender.”

“London Irish have this unbelievable ability of bringing through young, English-qualified back three members.

“I think Ollie Hassell-Collins is Top of the Pops in that next wave of players.”

Has the 23-year-old earned a shot in Eddie Jones squad? 🤔