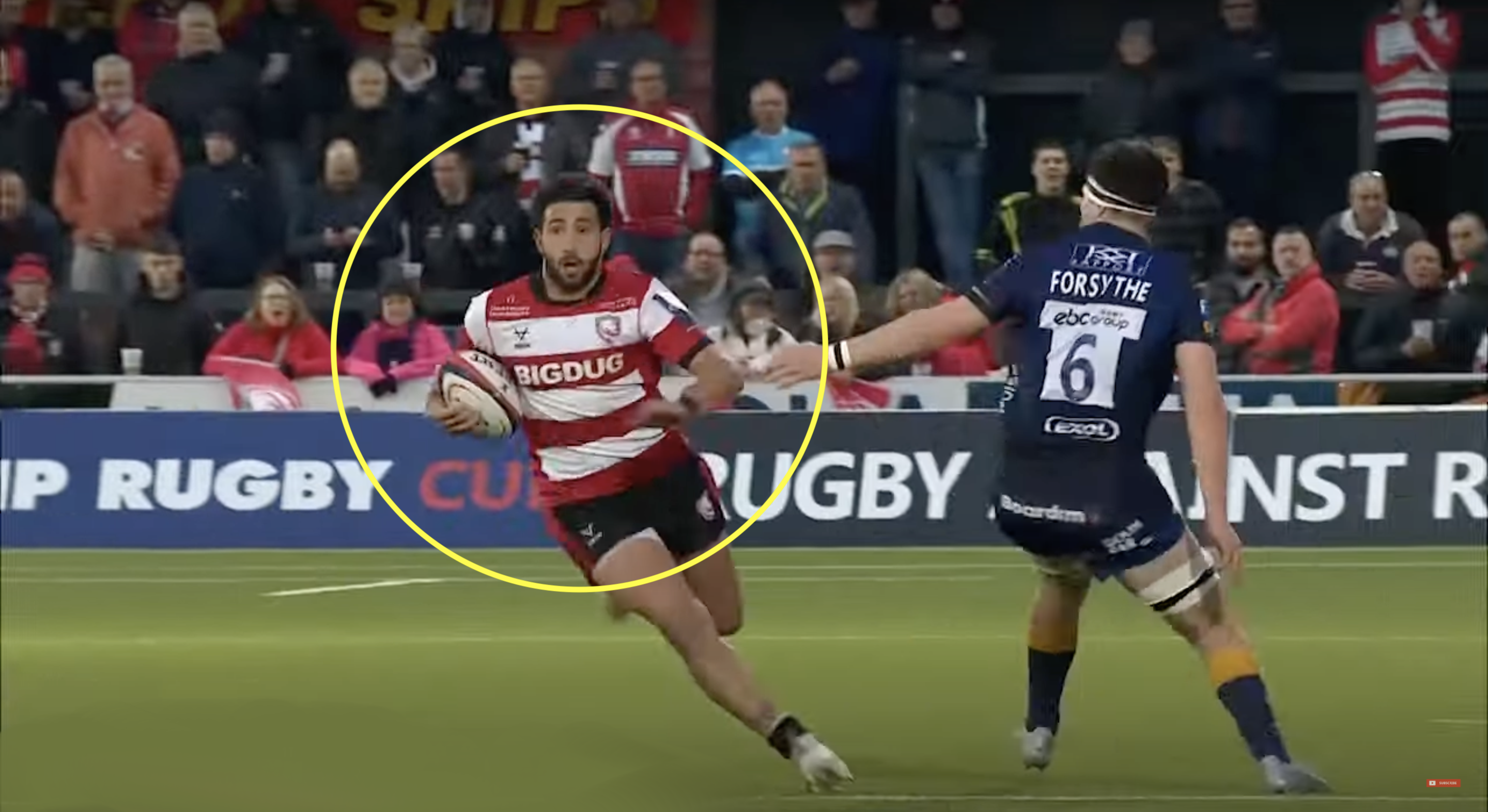 If the Premiership Rugby Cup is there for emerging players to stake a claim to play in the Gallagher Premiership, then this season’s tournament surely helped Gloucester centre Giorgi Kveseladze.

The Georgia star has not yet established himself as a regular starter for the Cherry and Whites since making his debut last year, but he put his hand up with his performance against Worcester Warriors yesterday.

Despite being on the losing side, the 24-year-old was instrumental in almost everything that Gloucester did well- directly creating two of their tries and creating an ‘almost try’ that was held up by Duhan van der Merwe.

For the ‘almost try’ he showed great strength in holding off two tacklers before getting away an offload:

Later in the first half, it was his blindside switch from a scrum followed by some tidy footwork that gave Gloucester great field position and momentum, which eventually led to a try to Jacob Morris:

Finally, it was his raw power from close range and quick recycling in the second half that left the Warriors’ defence scrambling and provided the space for Alex Morgan to dot down:

He deserved to win on the back of that performance, but this was a display that could help him for the rest of the season.