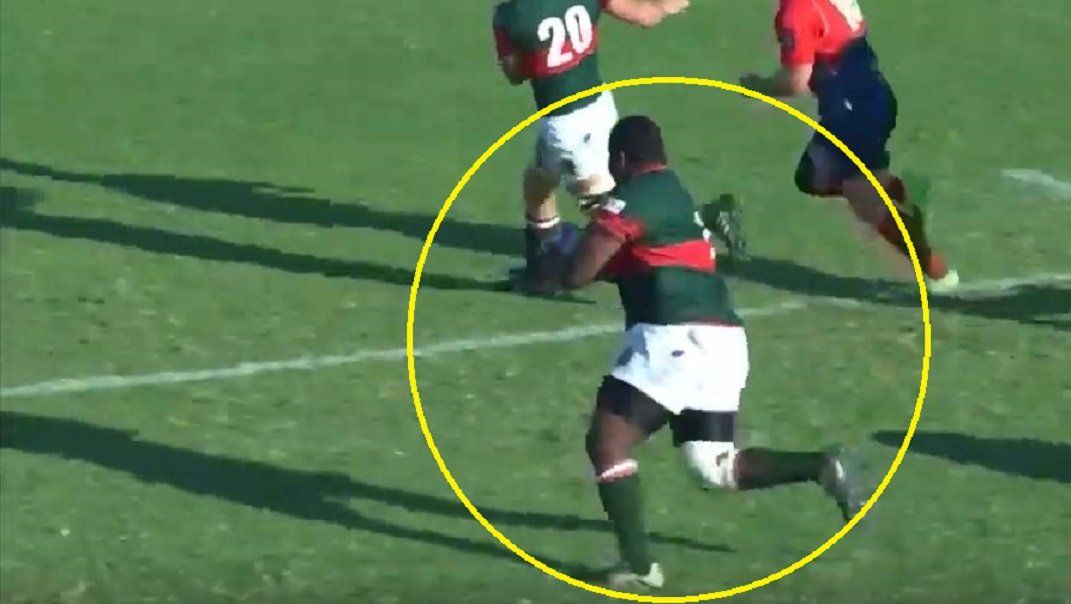 Leopards loosehead prop Komape Moloto pulled off the original ‘fatman’ play in an amazing SuperSport Rugby Challenge match against the Valke, flicking a pass inwards to set up Eugene Hare for a memorable try.

The match was a high-scoring affair.

The Emirates Lions improved their chances of qualifying for the Vodacom Super Rugby playoffs by comfortably beating local rivals DHL Stormers 41-22 in their Round 16 derby clash in Johannesburg on Saturday evening.

The Vodacom Bulls drew their match in Auckland 22-22 with the Blues thanks to a tenacious second-half fightback, while the Cell C Sharks’ playoff hopes were dealt a blow as a result of their 30-17 defeat to the Hurricanes in Durban.

Meanwhile, the Jaguares consolidated their top spot in the South African Conference courtesy of a 34-23 win over the Reds in Brisbane, to push their tally to 41 points from nine wins in 14 games. The Emirates Lions are second on 35 and they are followed by the Vodacom Bulls (34), Cell C Sharks (33) and DHL Stormers (30).

The Cell C Sharks leave for Argentina to take on the Jaguares in our penultimate pool match of the 2019 Vodacom Super Rugby campaign.

Saturday’s match is the second last of the pool stages, followed by a successive away game – to the DHL Stormers in Cape Town – before the start of the knock-out rounds.

With the congestion in the South African pool as it is, both of these intra-conference matches take on huge importance as the jockeying for positions reaches its climactic flourish.

Head coach Rob du Preez has named a 25 man squad that travels to Argentina, taking 14 forwards and 11 backs. Akker van der Merwe remains on the injured list and has not been included, but good news is the possible return to play for Craig Burden who has been named as the second hooker along with Kerron van Vuuren.

Injuries have also ruled out Beast Mtawarira and Cameron Wright whose replacement on tour is the exciting scrumhalf Zee Makhabela who made his debut off the bench against the Hurricanes at JONSSON KINGS PARK on Saturday. Jeremy Ward, who has led the Cell C Sharks XV in the SuperSport Challenge has also been included amongst the backs.