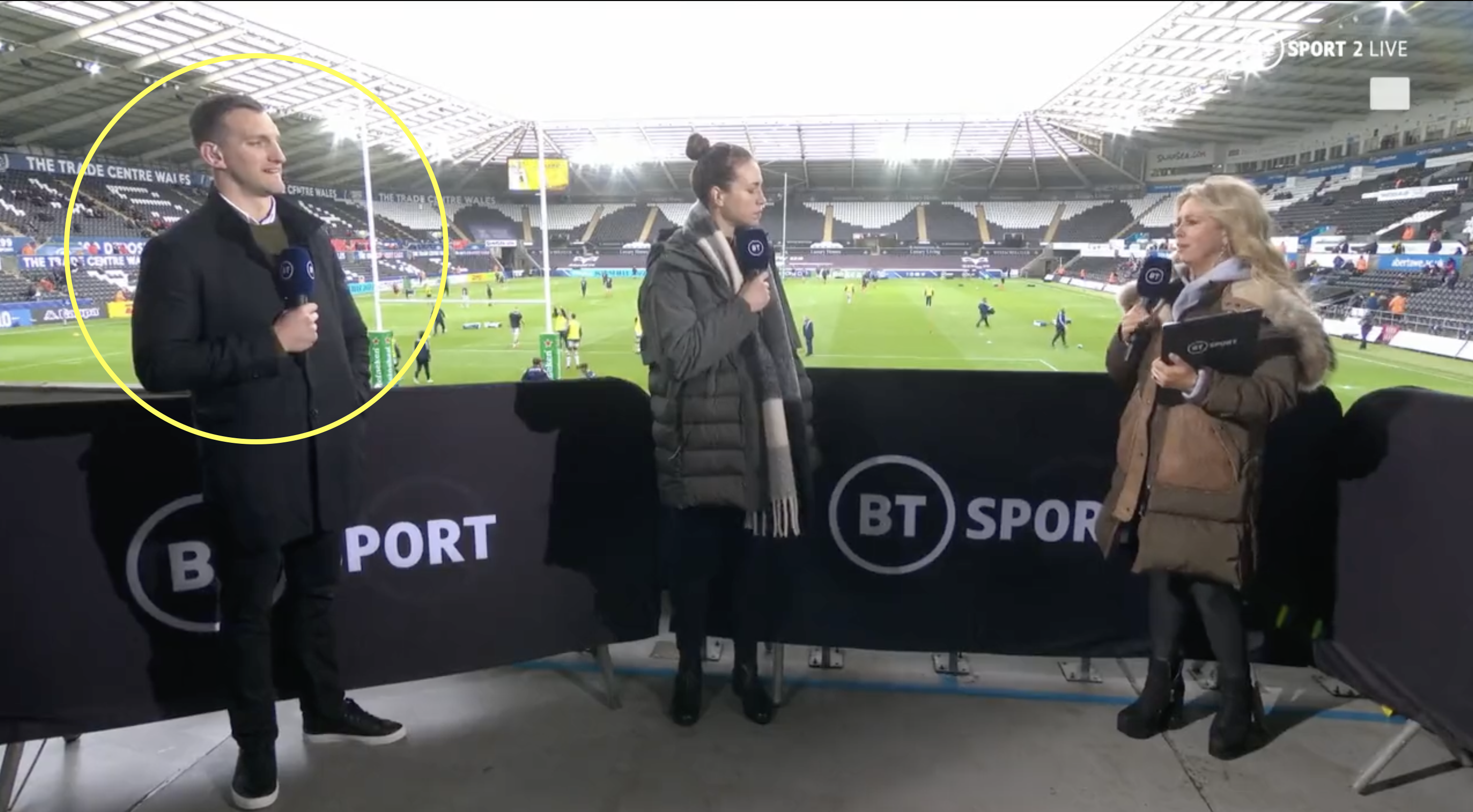 If anyone missed Sale Sharks’ win over the Ospreys on Sunday at the Liberty Stadium in the Heineken Champions Cup, there is one thing to take away from the match- Sam Warburton is a fan of Tom Curry.

The former British & Irish Lions and Wales captain was on commentary and was full of praise throughout the match for the England loose forward, to the point where he even said he was trying to not keep saying Curry’s name.

“I’m really trying not to say Tom Curry, but he’s there again, I can’t help it, he’s everywhere,” the former flanker said. “If it’s not a counter ruck or if it’s not a jackal turnover, it’s a lineout turnover.”

A brilliant game from himself and his brother 👊 @btsportrugby https://t.co/0VVSEAcNO3

This is high praise for the 23-year-old from such an esteemed former flanker as Warburton. Curry even followed in the footsteps of Welshman this summer and wore the No7 shirt for the Lions in all three Tests against South Africa.

However, he was packing down at blindside flanker on Sunday while his brother Ben started at openside, although, like Warburton, the position he seems most comfortable in is No7. Eddie Jones used him as a No8 throughout the autumn, but regardless of what number he has on his back, he is able to cause carnage.

While Warburton praised the flanker for his contribution at the breakdown in this clip, he was a menace with ball in hand as well, and was brimming with so much confidence that he even attempted a couple of grubber kicks.

Following the away win, Sale host ASM Clermont Auvergne at the AJ Bell Stadium on Saturday, who lost at home to Munster last weekend. The win leaves Sale in fourth place in Pool A, behind Exeter Chiefs, Racing 92 and Leinster.