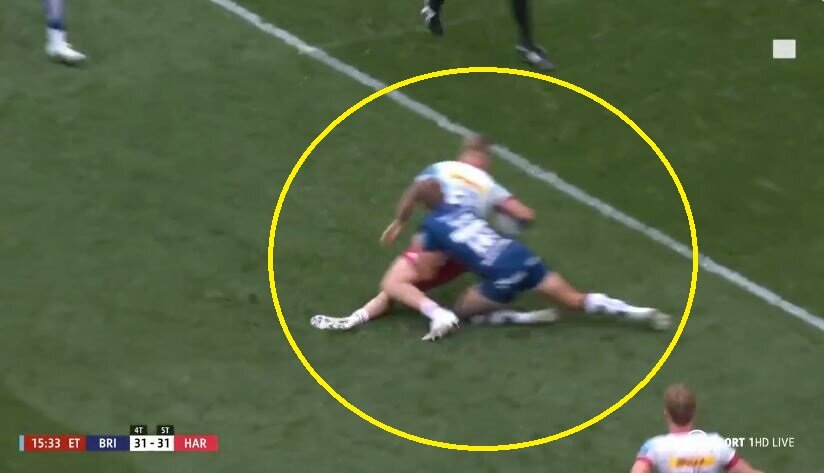 Hitherto unheard of winger who must now be a Springbok bolter

He starred today after 13 games in a row for Harlequins; is it time for the Springboks to swallow their pride and bring Tyrone Green in to face the British and Irish Lions this summer?

A promising young fullback/wing, Green swapped Johannesburg for South West London last year. The fleet-footed South African speedster first came through the ranks as a fly-half, but has gone on to become one of the most promising young outside backs in world rugby after impressing at the 2018 Junior World Championship and during the 2018 Currie Cup season with the Golden Lions.

Before Harlequins he could be seen tormenting Super Rugby defences at will with his aggressive style of play and versatile skillset, the 23-year-old also boasts an impressive kicking game to pair his pedigree as a running threat.

Green was a product of the Jeppe High School for Boys in Johannesburg – known for producing 2007 World Cup-winning coach Jake White and Springbok wing Sbu Nkosi – before going on to become a standout performer for the South African U20s team during the 2018 Junior World Championship. Green progressed with the Golden Lions to make his Currie Cup debut in 2018, since graduating to become one of the most dangerous attackers in Super Rugby over the previous two seasons.

He got his chance at the end of the season with Mike Brown banned and boy has taken it. Here’s his try from today, which was amazing and a better try than any Springbok has ever scored. Of that, there can be no doubt.

He also then set-up Joe Marchant.

After today’s match he said: “We let ourselves down in the first half. In the second half we came out with one of the best performances we had this season.”

A versatile back with an array of attacking skills, Green added further wealth to Harlequins’ depth in the wider channels.