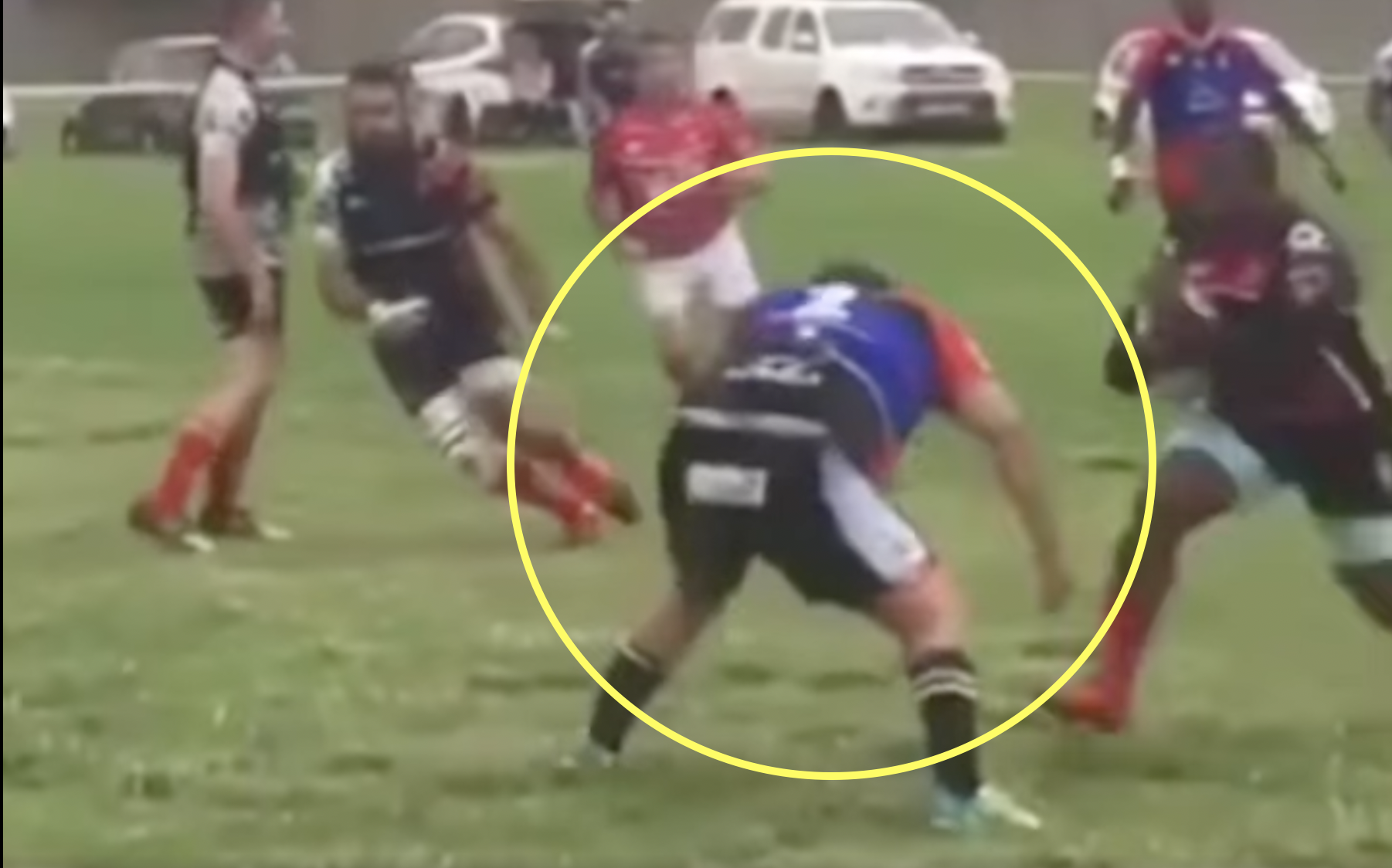 This week seems to be a week full of monstrous hit from rugby at all levels, and another viral video has surfaced online.

It is unclear where in the world this tackle was made or at what level, but it is brutal. It sees a well built hooker poised to put in a dominant tackle, but then find himself taken off his feet by the ball carrier and fly backwards. The carrier may not be half the tackler’s size, but he is certainly much smaller than him. There’s bouncing a player, then there’s this.

As much as rugby is about massive hits, provided they are done legally, it is equally not about enjoying another person’s pain. The hooker was seen on the floor in pain after the tackle, and the rugby world will obviously hope that this was nothing serious.

The video has been shared by MegaRugby online. Take a look at it: