Scotland’s Robbie Fergusson showed this weekend at the HSBC Toulouse Sevens that if you want something done well, it is best you do it yourself.

In his side’s ninth place semi final, Fergusson, Scotland’s kicker’ spotted a gaping hole in the Blitzbokke’s setup at kick off that he decided to exploit himself.

Take a look at how much space South Africa had left at the 10 metre line: 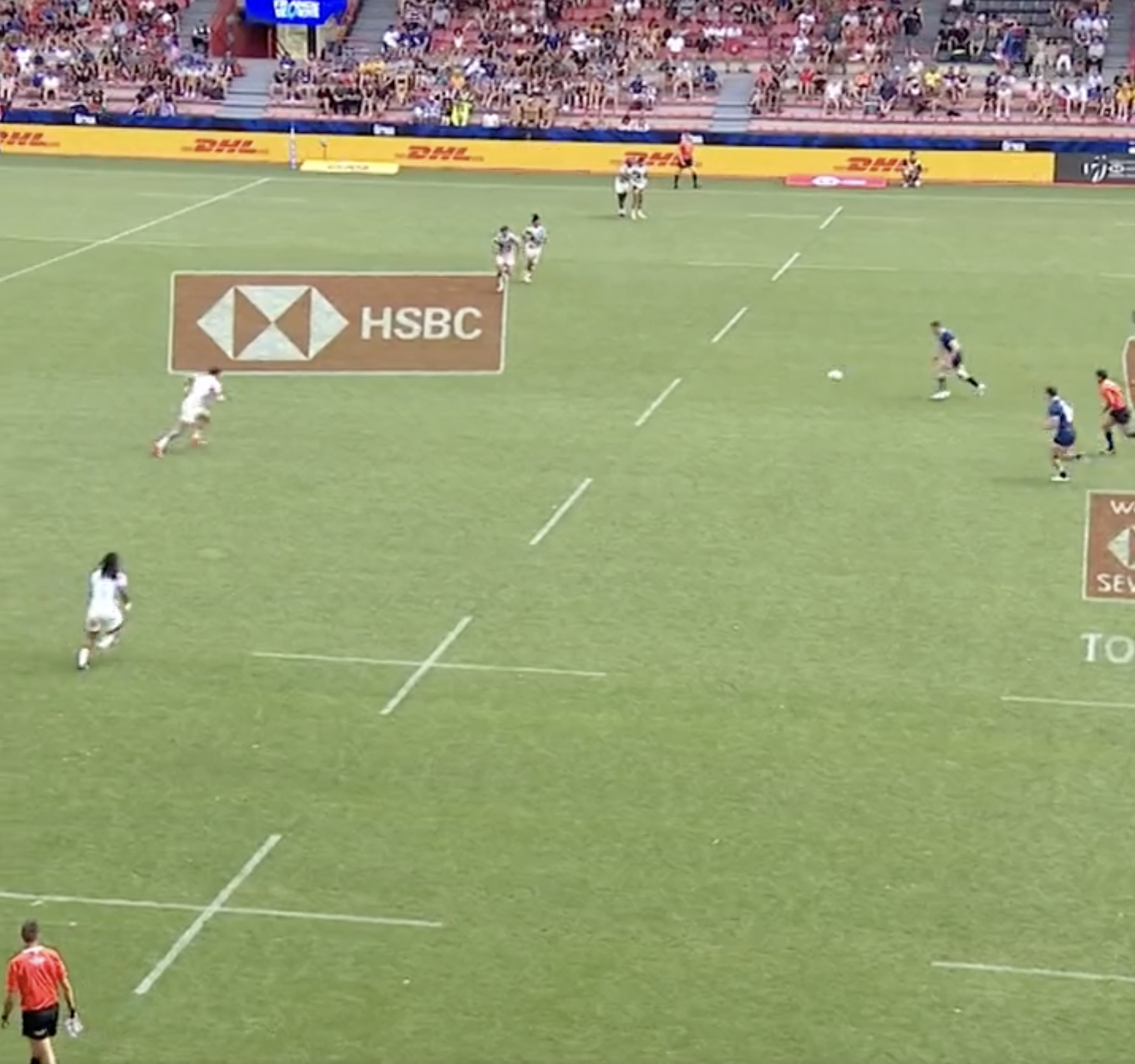 Fergusson was able to stab a little grubber through on the kick off after his teammate Ross McCann had scored a try, and was even able to retrieve the kick. That in itself is impressive enough, but the South African defence was so split that he was actually able to just run through the middle of the field for the try. There are individual tries, then there’s this, as from kick off to try no other player on the field touched the ball but himself. If you are tired of your teammates letting you down, this is the ultimate lesson on how to play without them!

Spots the opportunity and executes it perfectly 👌