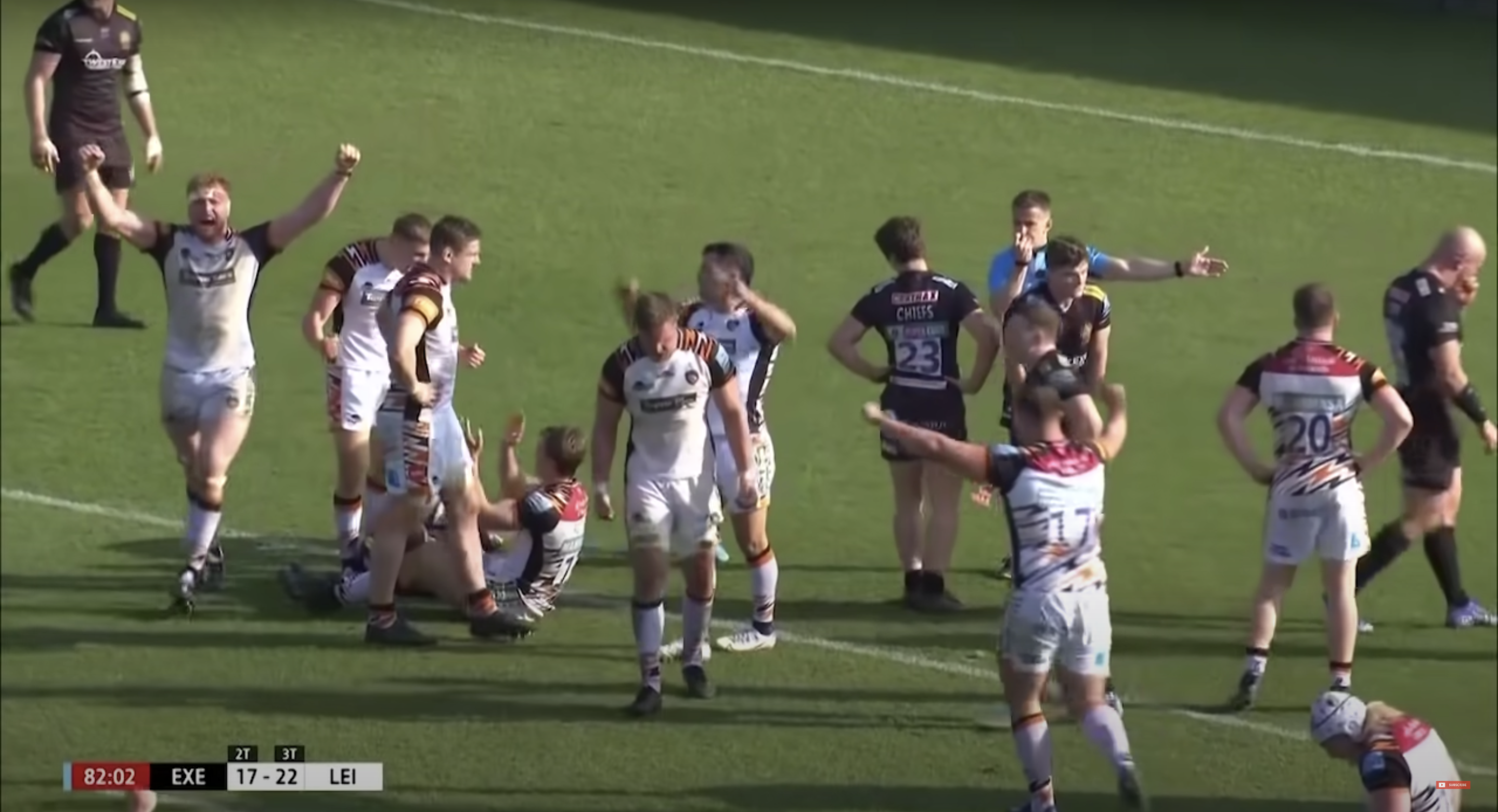 ‘I just don’t think Exeter’s pack is as scary as it once was’: World Cup winner analyses the Chiefs

With five rounds of Gallagher Premiership action remaining, there is a whole host of teams that are still chasing the play-offs spots, with only four points separating fourth place Exeter Chiefs and eighth place London Irish.

With that in mind, BT Sport pundits Ugo Monye and Ben Kay discussed the run in to the end of the season with Craig Doyle this week, and which teams are in the best position.

Despite sitting in that much coveted fourth place currently, both Monye and Kay think a question mark still hangs over the Chiefs, with their troubles compounded by a loss at home to table toppers Leicester Tigers on Sunday. Rob Baxter’s side did indeed score two tries through their forwards at Sandy Park, but Kay said that they have lost that fear factor up front that helped them rise to the apex of European rugby two years ago.

“I just don’t think Exeter’s pack is as scary as it once was,” the 2003 World Cup winner said.

“That will be the massive challenge for them. It’s the fact that how do they rediscover that because they’ve lost that turning up to games with teams already thinking they’re going to score two or three pick and go tries here and then we’re dead.

“Maybe they’re going to change their philosophy a bit, because there’s no point carrying on doing what was successful if you haven’t got the style of players to fit into that. It will be really interesting because Rob Baxter’s always been on such a pedestal, we all think he’s such a fantastic coach, but we’ve only seen him really coach one way. So if he’s going to start changing that, it will be really interesting to see how it goes.”

We’re in for a thrilling end to the season in the #GallagherPrem. Which three teams do you think will join LeicesterTigers?

Ugo Monye and Ben Kay talk us through the runners and riders.#RugbyTonight pic.twitter.com/xrBm55M7V9