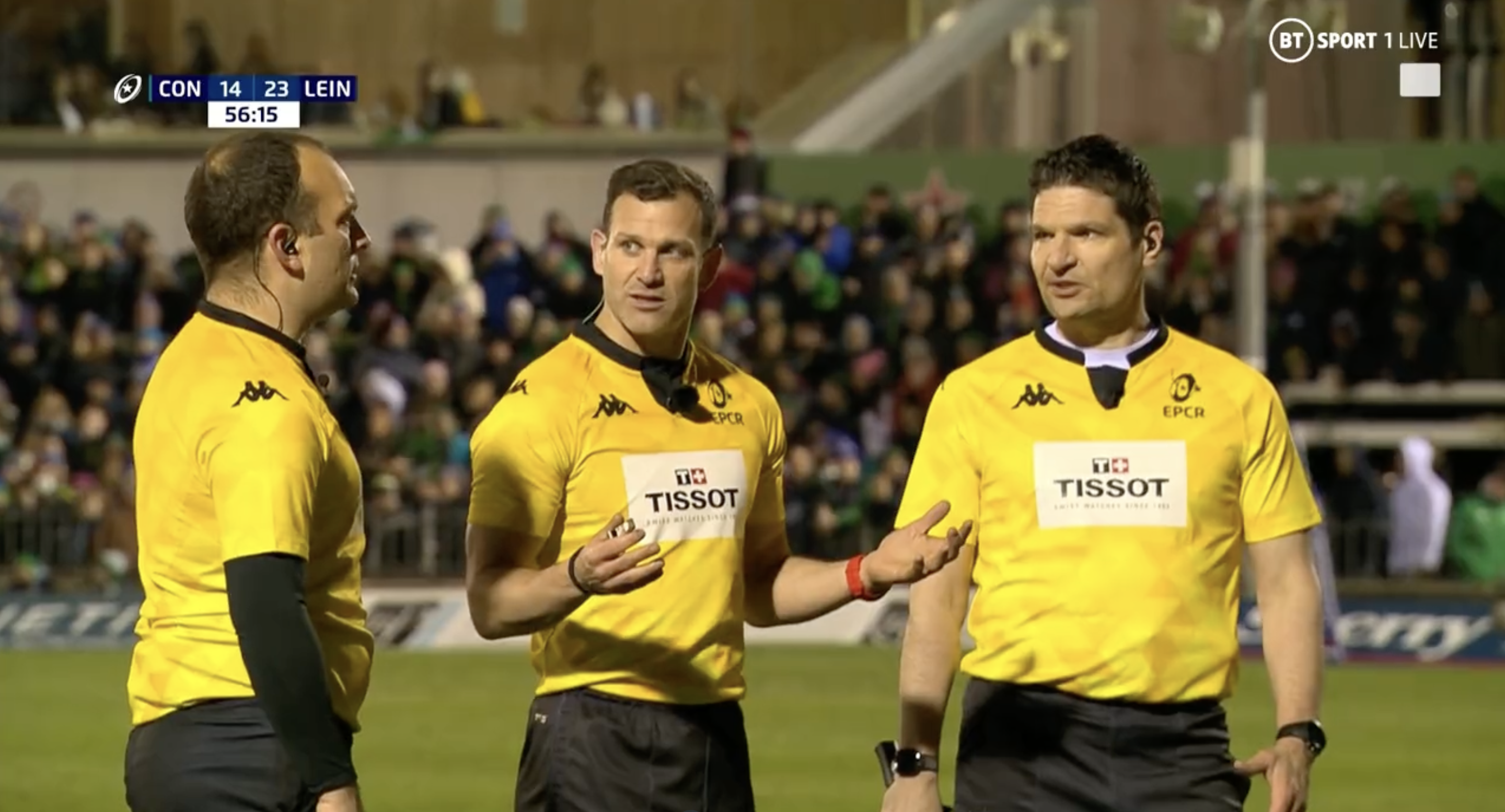 Following a hugely controversial yellow card for Leinster against Connacht at the Sportsground on Friday in the Heineken Champions Cup, Ireland scrum-half Jamison Gibson-Park has been cited.

Gibson-Park was only shown a yellow card by Karl Dickson on Friday, despite making clear contact to the face of Connacht No9 Kieran Marmion in a tackle, and almost breaking his nose in the process. However, because the Ireland No9 was “accepting the tackle,” it was reduced to a yellow, which did not go down well with fans and pundits alike.

The EPCR released this statement today:

“EPCR has received a citing complaint against the Leinster Rugby replacement scrum half, Jamison Gibson-Park (No 21), arising from his club’s Heineken Champions Cup, Round of 16 1st leg match against Connacht Rugby at The Sportsground on Friday, 8 April 2022.

“Gibson-Park is alleged to have tackled the Connacht Rugby scrum half, Kieran Marmion (No 9), in a dangerous manner in the 56th minute of the match in contravention of Law 9.13.

“Philippe Cavalieros (France), chair, Yannick Jauzion (France) and Mitchell Read (England) have been appointed as the independent Disciplinary Committee for the hearing which will take place by video conference this evening (Tuesday, 12 April).

“The complaint was made by the match Citing Commissioner, Maurizio Vancini (Italy).

This was the tackle:

Do you agree with Karl Dickson’s decision to show Jamison Gibson-Park a yellow card for this challenge?