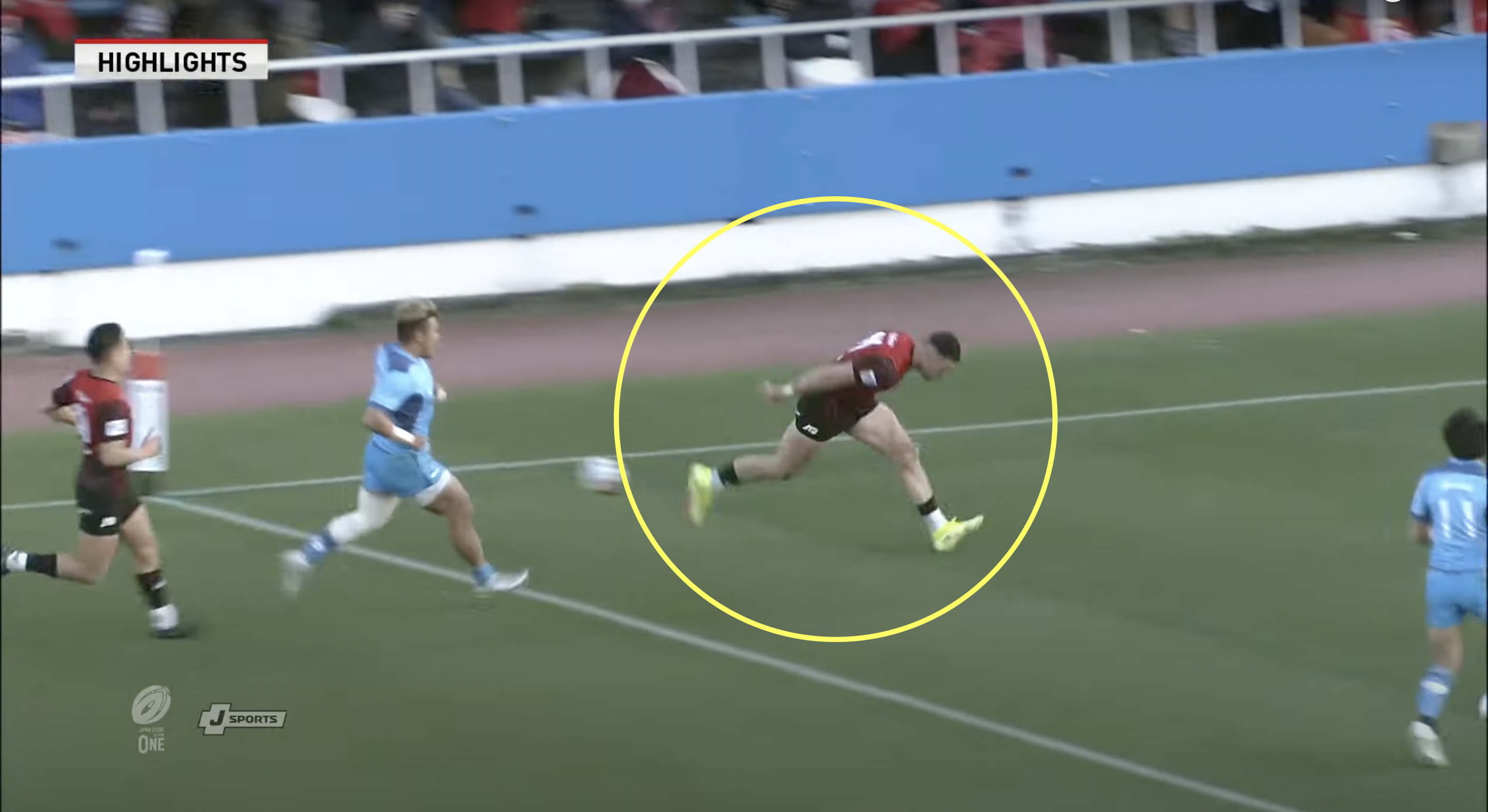 Jesse Kriel is the latest Springbok to dominate in Japan

South Africa and the Yokohama Canon Eagles’ Jesse Kriel might have been on the losing side against Kubota Spears Funabashi Tokyo Bay at the weekend, but he went down in style.

The 27-year-old bagged two tries in the 50-21 loss and they were both pretty impressive, particularly his second. The Springbok produced a stunning solo effort at the death, displaying his full bag of tricks in the process. Take a look:

Take a look at the full highlights of the match:

Kriel will be in action for the Boks later this year after it was confirmed yesterday that Wales will travel to South Africa in July for a three match series.

Springboks head coach Jacques Nienaber said: “It’s a massive honour to represent our country, and the fact that we will be facing such tough competition this season has certainly sparked excitement among the coaches and the players alike.

“We are well underway with our planning for the year, and our knowledge of these teams after facing all of them last season will be vital as we forge ahead in this regard in the next few months.

“Wales, the All Blacks and Australia tested us well last season, and Argentina have proven to be a force to be reckoned with, both at home and away, so although we are expecting a challenging season, we realise the importance of laying a solid foundation as we build up toward next year’s Rugby World Cup.”

SA Rugby CEO Jurie Roux said: “It’s exciting to announce such a strong list of Springbok fixtures this season after a successful 2021 season for the team, and I have no doubt that Jacques Nienaber (Springbok coach), his management team and the players will do their best to build on those achievements this season.

“Pending the return of crowds to our Tests and with the COVID-19 pandemic still presenting challenges throughout the world, we understand the fluid nature of match schedules, but it is important for us that the team face quality opposition as we gear up to the 2023 Rugby World Cup in France.”