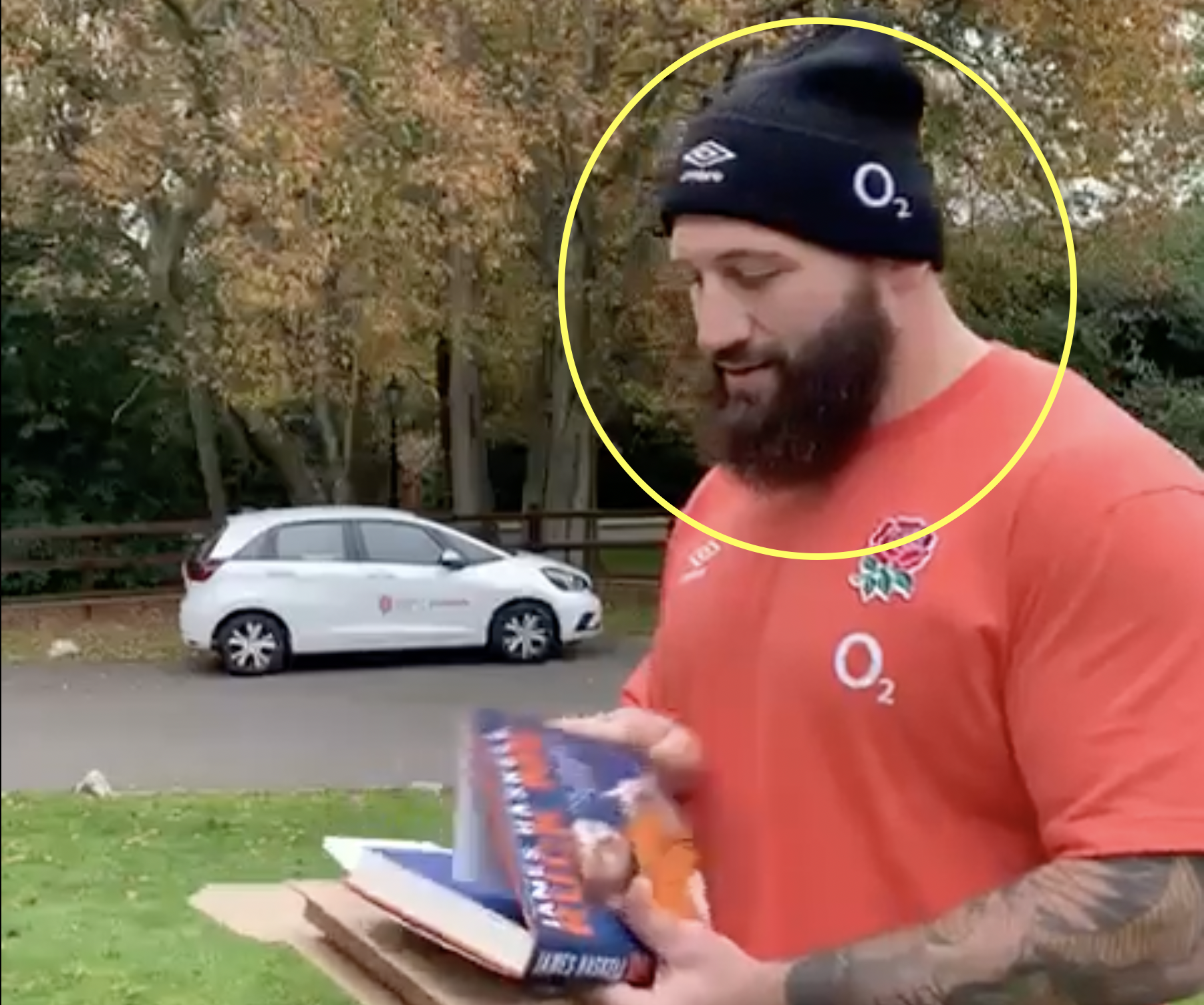 The book battle between England’s Joe Marler and his former teammate James Haskell has taken another turn with the latest video shared by the loosehead.

The battle started last year with the release of Haskell’s first book ‘What a Flanker’, where the England prop shared a video of himself scribbling out the retired star’s signature in a signed copy of his book in a shop, then hiding it on another shelf before replacing it with his own book.

Now with the release of Haskell’s second book ‘Ruck Me’, Marler took their book rivalry to a whole new level after receiving a copy from the former England loose forward, alongside a special note which said: “Hi Joe, here’s a little gift for you and the squad to keep by your side at all times. I know not all of you can read, but I do hope you enjoy it and share its life changing insight into the world. By the way, I’m sure Eddie and the coaching staff will have you more than ready for the Springboks next Saturday, but if you find yourself in need of some extra focus, please refer to page 209-216 for some world class motivational videos and team talks.” Marler, however, did not respond in the way Haskell may have wanted:

Haskell’s book may have provided Marler with some light reading while he was in isolation after testing positive for Covid-19 while in camp with England this month. The Harlequins prop was forced to miss the match with Australia while in isolation, but returned last Saturday to take on the world champions South Africa despite only coming out of isolation the day before. Haskell’s book may have even provided him with some motivation before taking on the formidable Bok pack, although by the looks of the video, that seems unlikely.