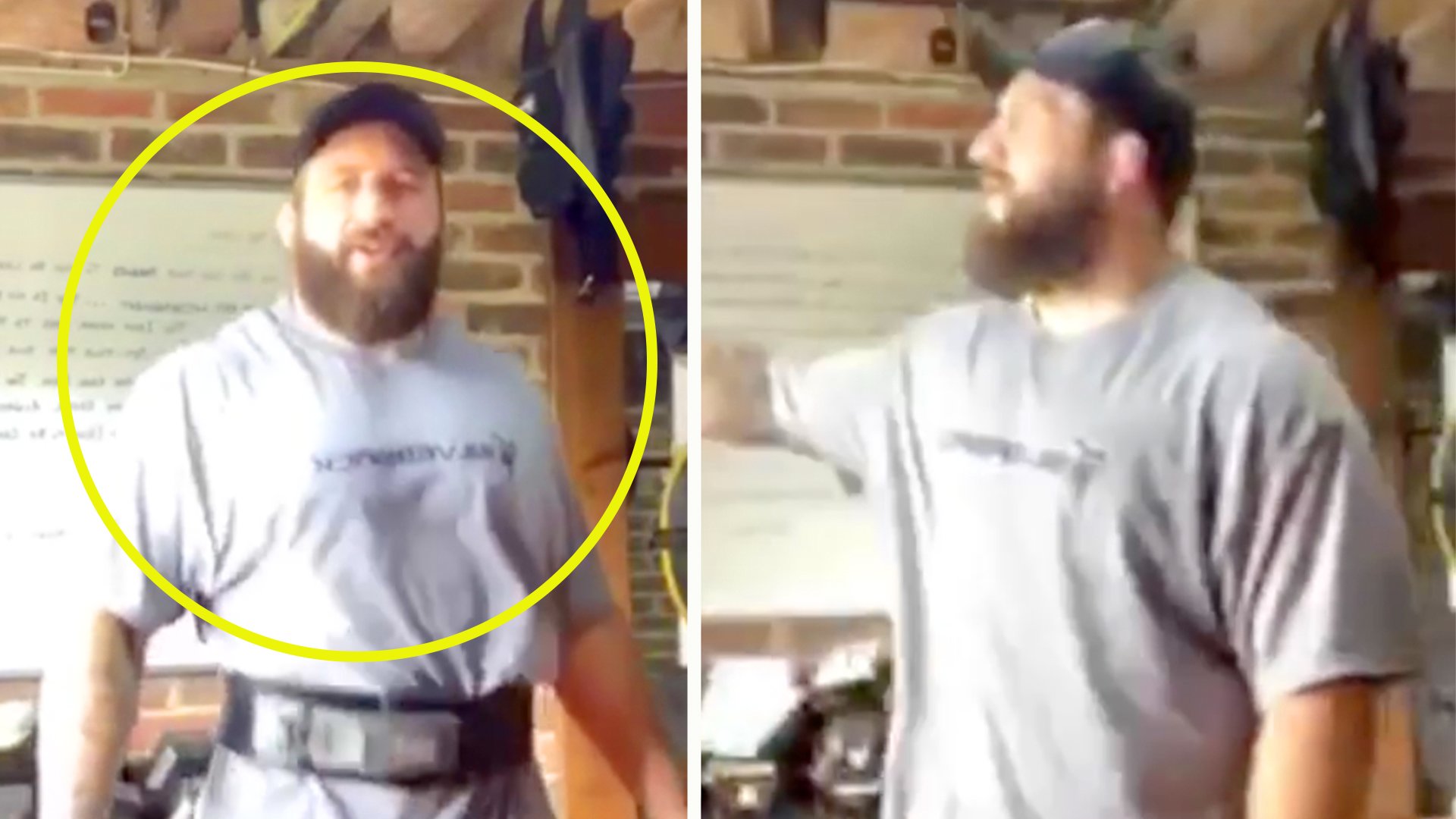 Joe Marler has had a crazy couple of months.

He landed into controversy in England’s Six Nations win over Wales when he took matters quite literally into his own hands when scrapping with Alun Wyn Jones & Co.

The England prop, like the rest of us, has been holed up in isolation during this lockdown period and it appears from this video that the cut-off from society is getting the better of the Harlequins man who seems to have completely lost the plot.

Marler deleted his Twitter account in the wake of the ball cupping incident which sent some corners of the Twittersphere into meltdown.

In this video we see Joe Marler in what appears to be a home-gym of some sort with his infamous wild-eyed look in his eye. In the background, we can hear the timeless Paul Simon classic, ‘Diamonds on the Soles of Her Shoes’. Who said props didn’t have taste?!

Marler was banned for 10 weeks after the AJW incident in a move that angered many in the rugby world. Due to the Coronavirus pandemic, the prop managed to serve the whole of his ban without having to miss a single game.

Now that’s what you call justice!

On 26 September 2018 Marler announced his retirement from international rugby[11] but later reversed his decision, re-joining the England squad for the Rugby World Cup 2019, when England reached the Final.

On 19 April 2017, Marler was one of 41 players selected for the British and Irish Lions’ tour to New Zealand in June and July of that year, making 5 appearances for the squad.

In his International Rugby career, Marler has won over 60 caps for England and has been a favourite of Eddie Jones during his tenure.

In the aftermath of nut grab gate, former Wales skipper Gareth Thomas made light of the event in hilarious fashion

This is Englands Joe Marler at his crazy best!