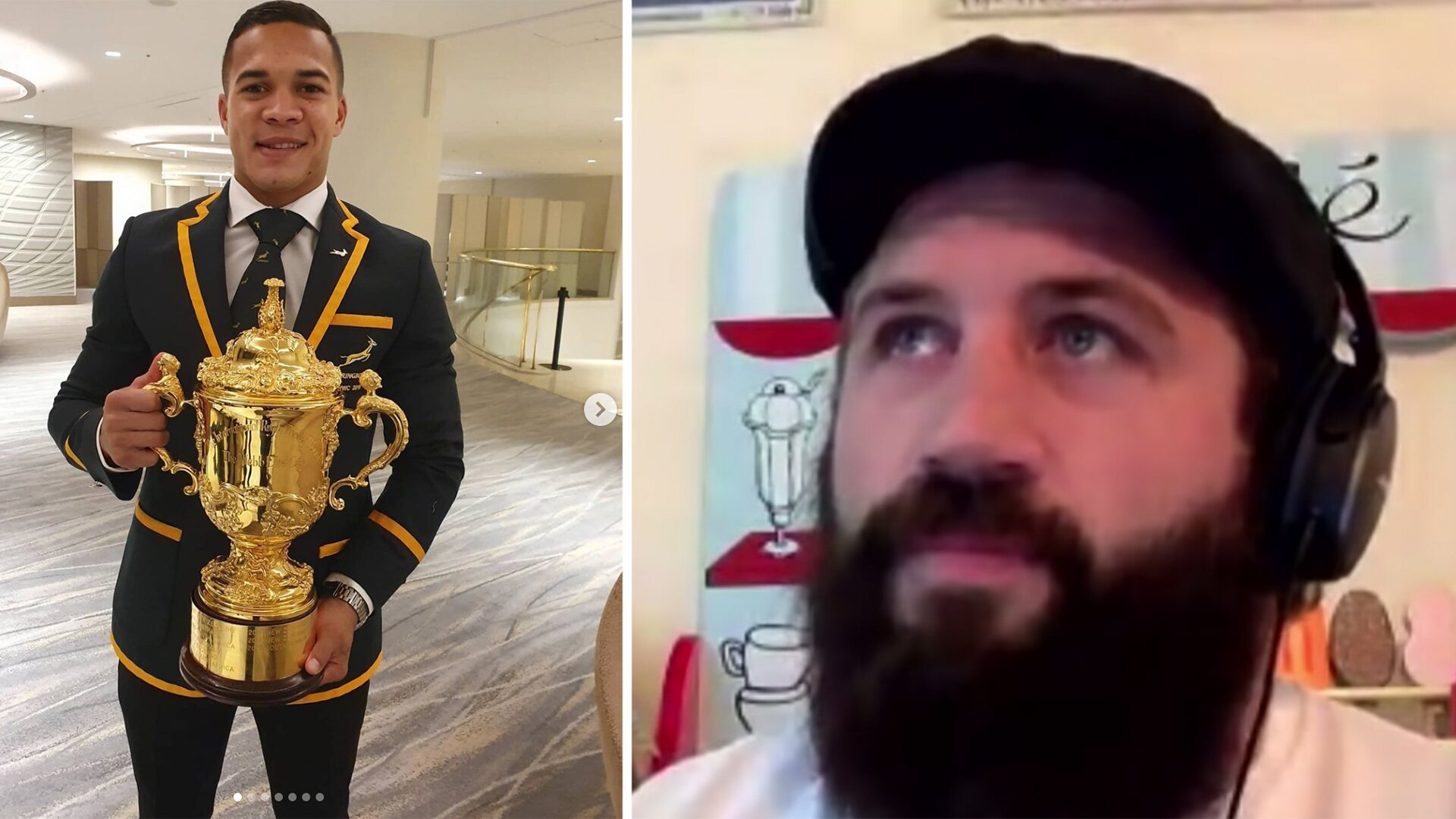 Joe Marler left a brilliant and well-thought response to Cheslin Kolbe and his social media post celebrating one year since the Springboks won the World Cup rugby final.

Posts were flooding the internet yesterday as rugby fans remembered the moment that their team winning the famous tournament in Japan.

Do you remember when the Boks chased down the sun to win the 2019 Rugby World Cup – one year ago today? Rich memories of a far happier time. Let’s hope for more #RWC2019 #ChasingTheSun #RWCchampions #Springboks pic.twitter.com/S2VTpBS2EN

The star of the tournament for the men in green, Cheslin Kolbe, shared an incredible heartfelt post on this social media speaking about how it was his childhood dream to win the World Cup.

1 year ago my childhood dream realised. You see, you all know I was always criticized for being too small for rugby. I could’ve chosen the easy way out and believed all the doubt thrown at me. But there was always that fire burning inside me, that HOPE. The hope of just pulling the green and gold jersey over my head as ridiculous as it may have seemed. Just once! Not only did I persevere through all of the doubt, crit, lack of privilege, poverty, I also went on to be a part of one of the greatest Springbok stories in History. We won the Rugby Championship, they told us no one has ever won that and the RWC in the same year. We lost our first RWC game they told us no one has ever won the world cup by losing a pool game. I got injured during the world cup, doubt thrown at me again. That small boy from Scottsville went on to score in the Rugby world cup final. They told me I couldn’t. They told US we couldn’t, but WE did. Any country was probably better off to win it. SOUTH AFRICA is still going through a tough time, But this one moment, this victory brought the most unbelievable “gees” and Unity to our nation. It didnt fix South Africa, but it brought a massive shift. And that is a story of Hope. A story to everyone that no matter what it CAN be done. EVEN with ALL our differences, with all our backgrounds, with all our setbacks, it was done through Unity!!! Honoured to be a part of this brotherhood. Forever grateful that Coach Rassie saw that potential in that little boy from Scottsville, with absolutely no means of making it to the top, but because of a little bit of Hope and ofcourse all by the grace of God. I still get goosebumps, I still cry. I still have hope, for you and for me! It is possible. 🙌🏽🙏🏼 🇿🇦

In the post, Kolbe spoke about how the win unified his country, as well as thanking ‘Coach Rassie’ for having faith in him to give him a chance to win the World Cup.

Many were surprised to see England prop Joe Marler responded to the section of the post that spoke about the win being a year ago.

He reposted the post saying, “A year ago today this bloke royally took the piss out of me – I doth my cap to you geeza” 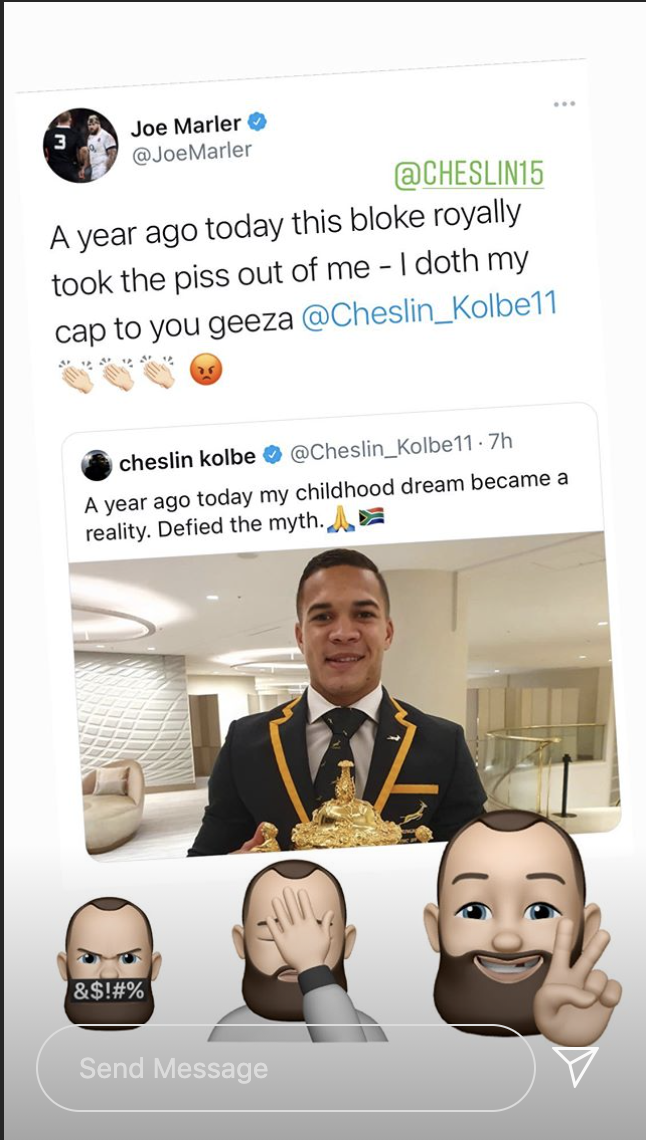