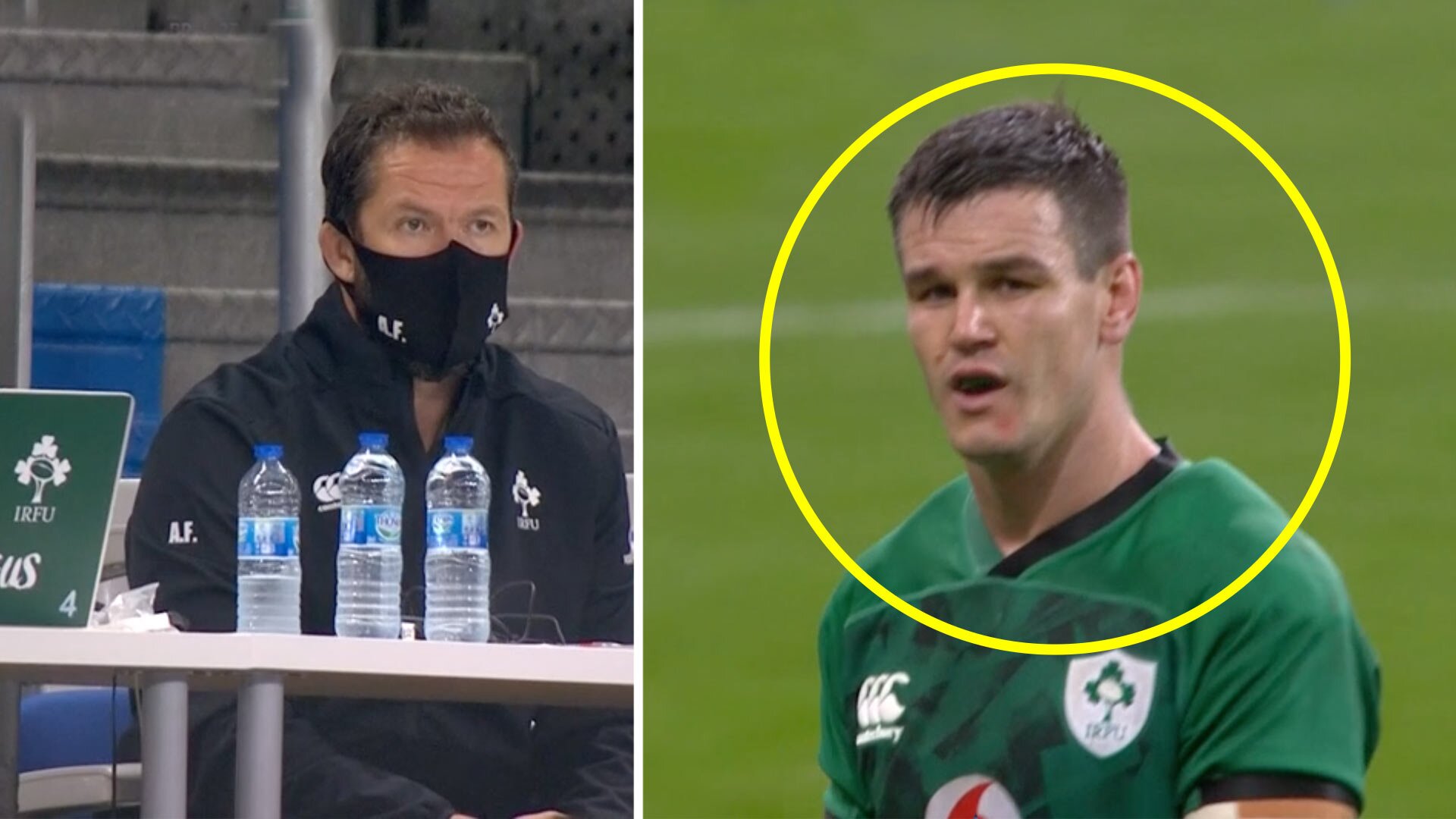 Irish rugby fans have sensationally turned on their captain Johnny Sexton after his bizarre reaction to being subbed off in the Six Nations decider.

Footage appeared to show the Irish legend shaking his head in disbelief when he was subbed off in the 68th minute of the match against France.

The captain was visibly looking to the bench in disbelief at what happened.

So this is how a captain reacts to being sent off?

Siya Kolisi would never do this bru… pic.twitter.com/e6sQTTihBz

Fans in Ireland seemed to have enough of their captain who has divided the opinions of rugby fans around the globe this season for the men in green.

People did not take well to his open revolt against his own team.

Don’t think I’ve ever seen an Irish player – in any sport – seem so entitled about their place in the team as Sexton.

Sexton when being replaced… pic.twitter.com/stnVXLMdNE

Sexton always comes across as though his parents have bought him the wrong iPhone for Christmas.

Ireland went on to lose the game, but they needed to score 14 points against France to win the title by the time he went off, which means he probably was right to get sent off. Johnny Sexton let himself down this time.

One fan even called him out for being rested so much.

Perhaps if he played more rugby rather than the 15 games a year he gets picked for and rested the rest of the games then he would be in better form.

Farrell needs to have a word with him 👍