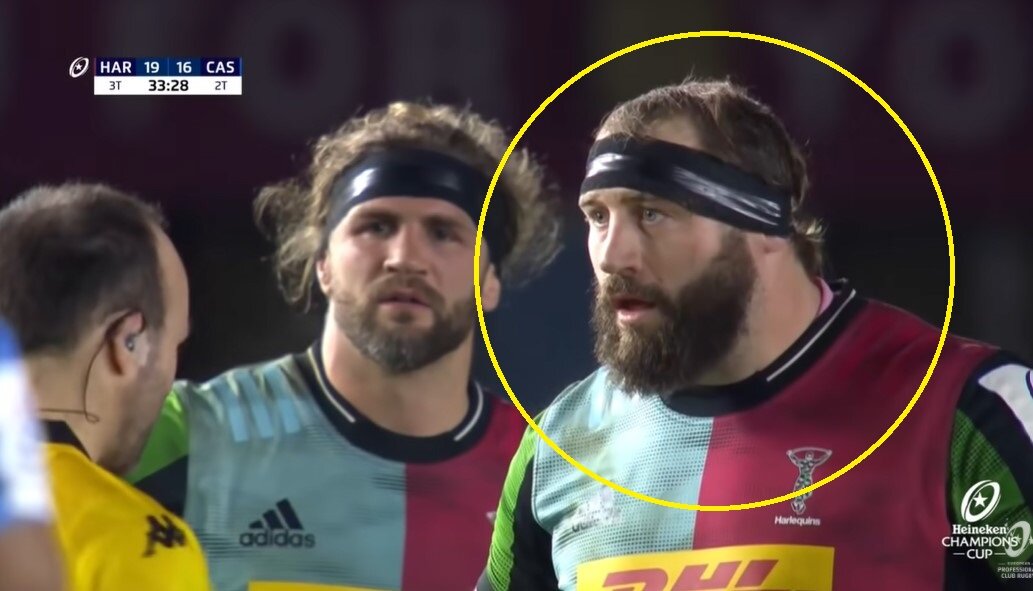 Joe Marler’s brilliant response after getting binned for stamp

Joe Marler is nothing if not an honest bloke and his response to referee Mike Adamson after getting binned was a case in point.

Marler was caught red-handed was given his marching others. After Adamson told Marler what he’d done and why he’d been sent off, Marler’s response was priceless.

The truth is he was probably relieved not to get a red card.

Marler played second-fiddle to Ellis Genge this Six Nations for England, but praised the Leicester Tigers loosehead during the Championship, saying he is starting to “come of age.”

“Ellis’ maturity has accelerated and the leader that he has become in the group, and the respect he’s got off the whole group, is huge,” Marler said.

“His knowledge is underrated. A lot of people see him as just this aggressive ball-carrier who is just in your face, but his knowledge of the game is second to none. And he’s really starting to come of age, in the sense of the set-piece work.

“He’s still learning, as in a lot of young boys are still learning, but he’s winning more of those battles than he was before, and he’s also adding that abrasive carrying that he can do week in, week out in the Premiership.

“Previously he has not necessarily been able to do that, because he has been doing it off the bench, in bit parts.

“But now he’s starting games and he’s showing his qualities there. He’s been massive for us – and long may it continue.”