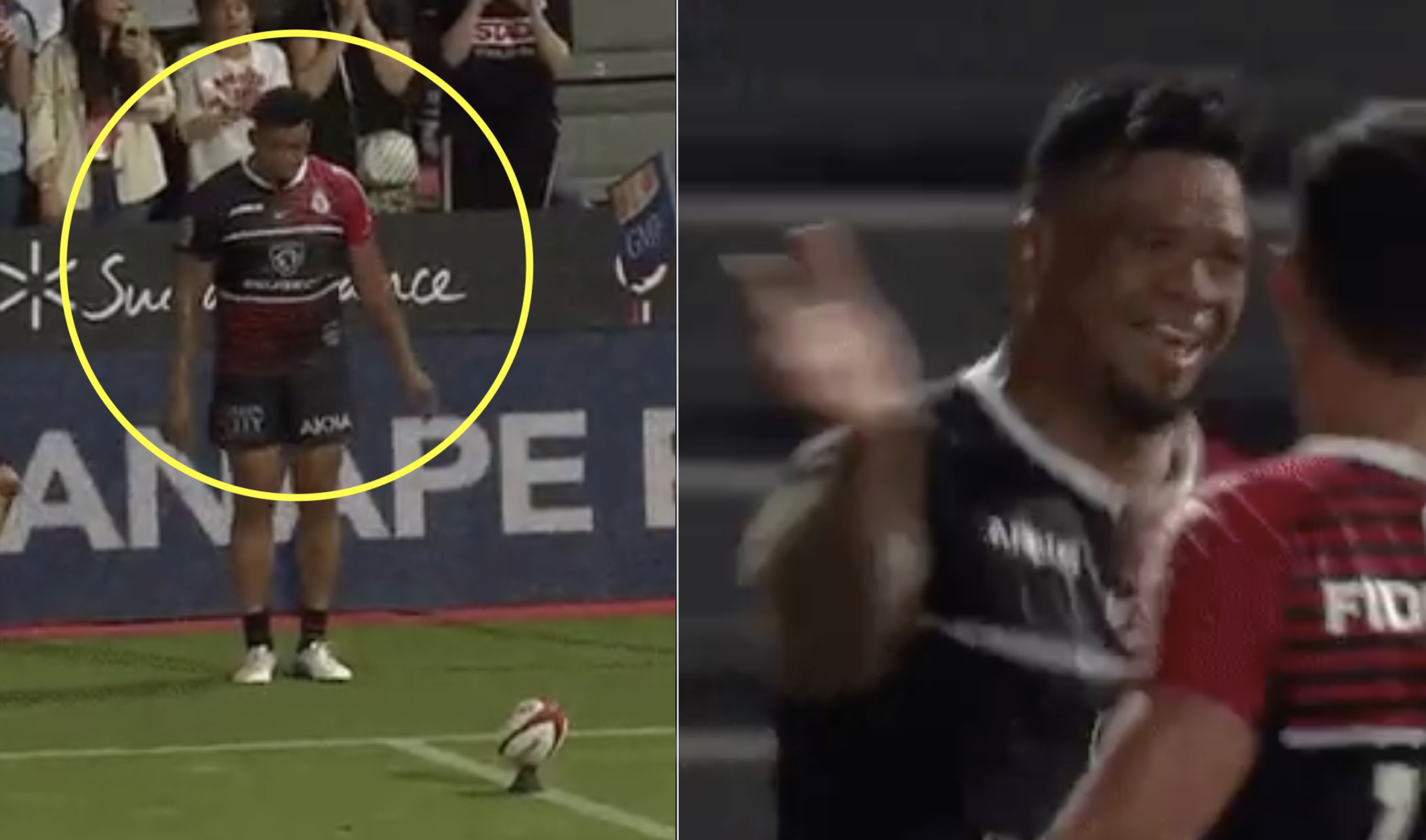 In what could have been his last ever game at Toulouse’s Stade Ernest Wallon on Sunday, lock Joe Tekori was given the chance to bow out in style against Biarritz.

It was quite a day to remember for the former Samoa international, who scored a try early in the second half from close range. He received an impressive ovation from the crowd after this, and was subbed off immediately after to a rapturous reception. Little did he know that this was just going to be the start of his celebrations. Take a look at the try:

Tekori actually came back on to the field with 15 minutes to play and was even given the honour of taking a conversion, not once, but twice. What is even more astounding is that he nailed both kicks, even one from the touchline.

There would not have been a lot of hope that the 130kg was going to land the kick from the sideline when he lined it up following fellow retiree Maxime Medard’s try in the corner, but he shocked the entire crowd. He was then given the opportunity to prove that that kick was not a fluke in the last play of the game following Peato Mauvaka’s try. This was easy in comparison, and Tekori made it look so on the way to finishing his career with a 100 per cent kicking record.

Given the final score was 80-7 to Toulouse against an already relegated Biarritz side, this was the opportunity to have a bit of fun in what Tekori would have thought was his last home match. However, the handsome scoreline actually boosted Toulouse to fourth place in the Top 14, meaning they have a home quarter final against La Rochelle next Saturday. Tekori might get another home swansong, but despite his immaculate record he won’t be kicking next week.

Retiring from rugby this season, but possibly Big Joe has another career lined up as a @NFL kicker?#BOST #Top14 pic.twitter.com/iw1zBMPeg4