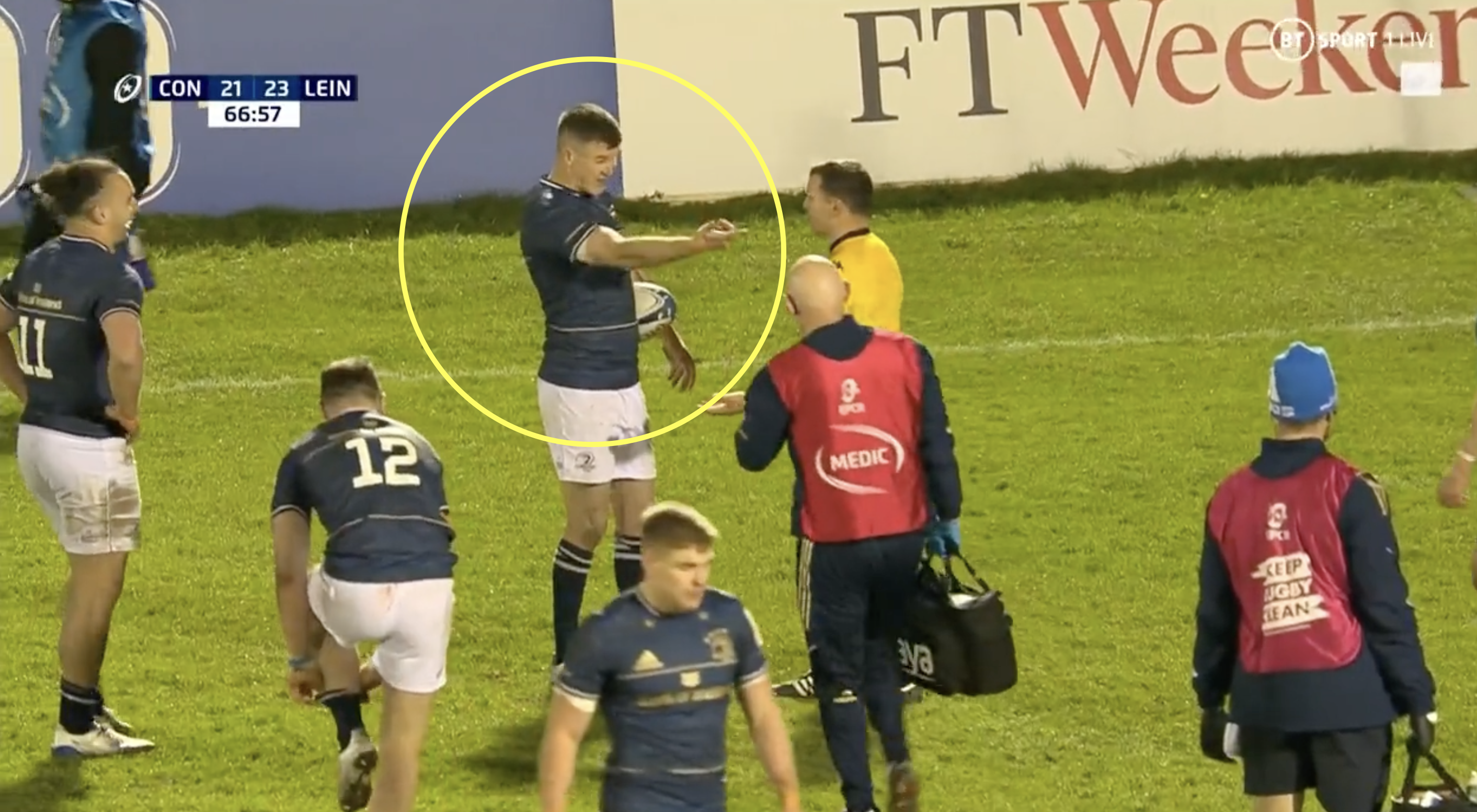 Was it too much to ask for Ireland captain Johnny Sexton to have a quiet conversation with referee Karl Dickson on Friday without his counterpart Jack Carty butting in?

The Leinster captain, who is perhaps known for having one or two words with referees during a match, was trying to speak with Dickson during his side’s clash with Connacht in the Heineken Champions Cup, but was interrupted by Carty buzzing around the conversation.

“Look, he’s here again!” Sexton shouted to Dickson, as Carty walked over with a grin on his face, before saying “What’s wrong now? What’s wrong now?” to his Ireland teammate. Carty obviously wanted to make sure that Sexton was not the only one who had the referee’s ear, but was sent packing by his 111-cap senior.

This was at a close moment of the match, with Leinster only leading by two points at the Sportsground. Leinster came away 26-21 winners, and head coach Leo Cullen is relishing the second leg this coming weekend.

“Connacht stretched us right from the first passage of play, obviously got in for a try,” he said. “Our guys battled their way back into the game and it was different bits of control in the second half.

“We had some opportunities that we didn’t quite take towards the end, which would have given us a slightly bigger lead.

“We knew it was going to be a very, very tough challenge down here. That’s exactly what we got from Connacht.

“What’s made this competition over a long period of time is the crowds and the occasions.

“We’re back in the Aviva and the players really enjoy playing at the Aviva. We’ll have that energy and connection with the crowd, that’s so important for us.”

Take a look at Sexton talking to Carty: