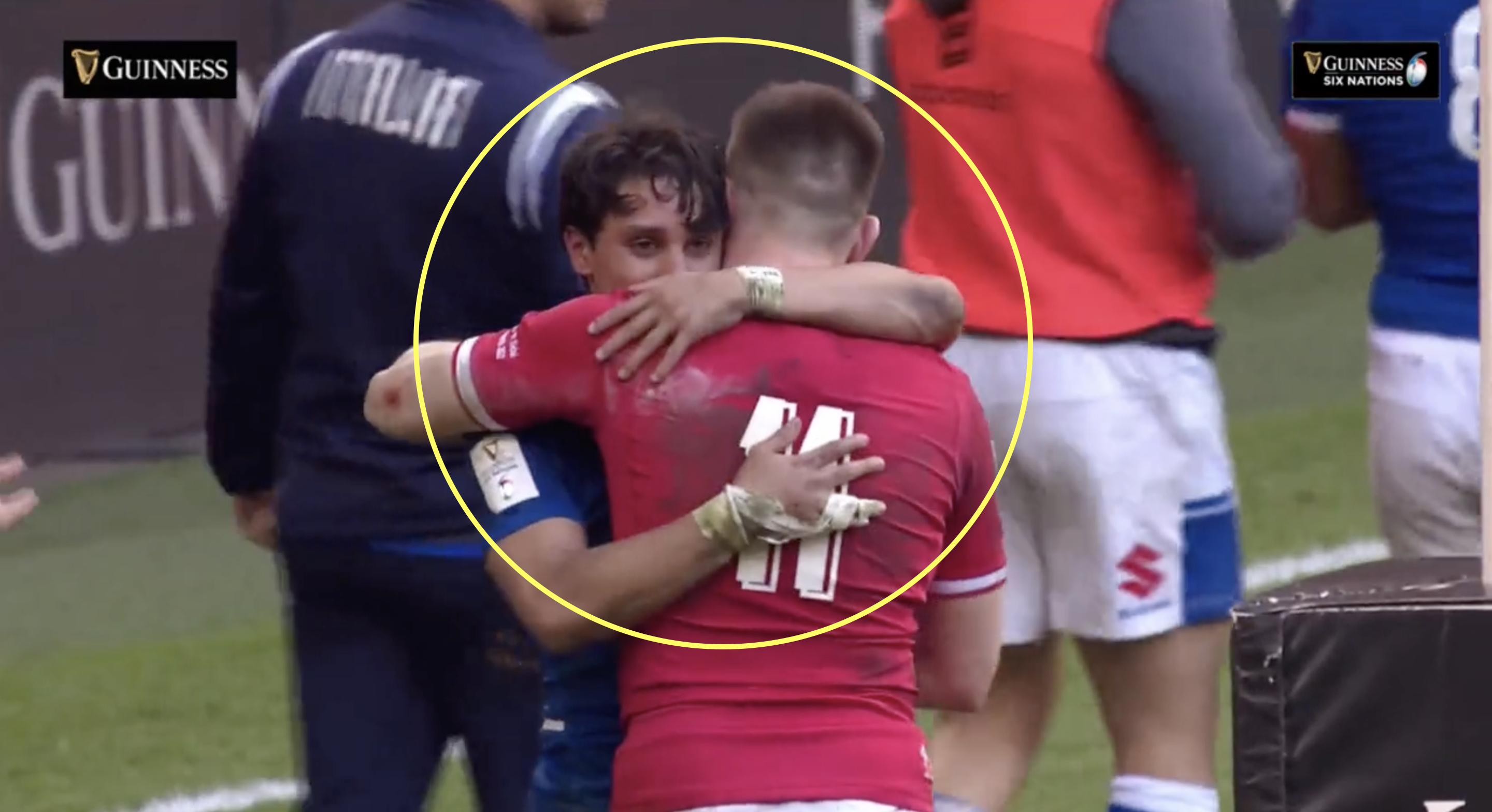 Josh Adams would have thought that he scored the match winner for Wales at the Principality Stadium when he waltzed through a tired Italian defence on Saturday.

Fast forward a few minutes and two-cap Italian fullback Ange Capuozzo was running through him in the dying seconds of the match on his way to set up and incredible try for Edoardo Padovani to end Italy’s 36 match losing streak in the Six Nations.

Adams had a few minutes earlier been awarded the man of the match by the BBC commentary team, which highlighted the enormous danger of handing out the award before the final whistle. Anyone who watched to the end would have given Capuozzo the accolade for his incredible moment of magic, so much so that Adams could not in all good conscience take the award.

An incredible moment was caught on camera after the game of the Wales winger handing his medal over the the 22-year-old fullback in a truly class gesture. Take a look: