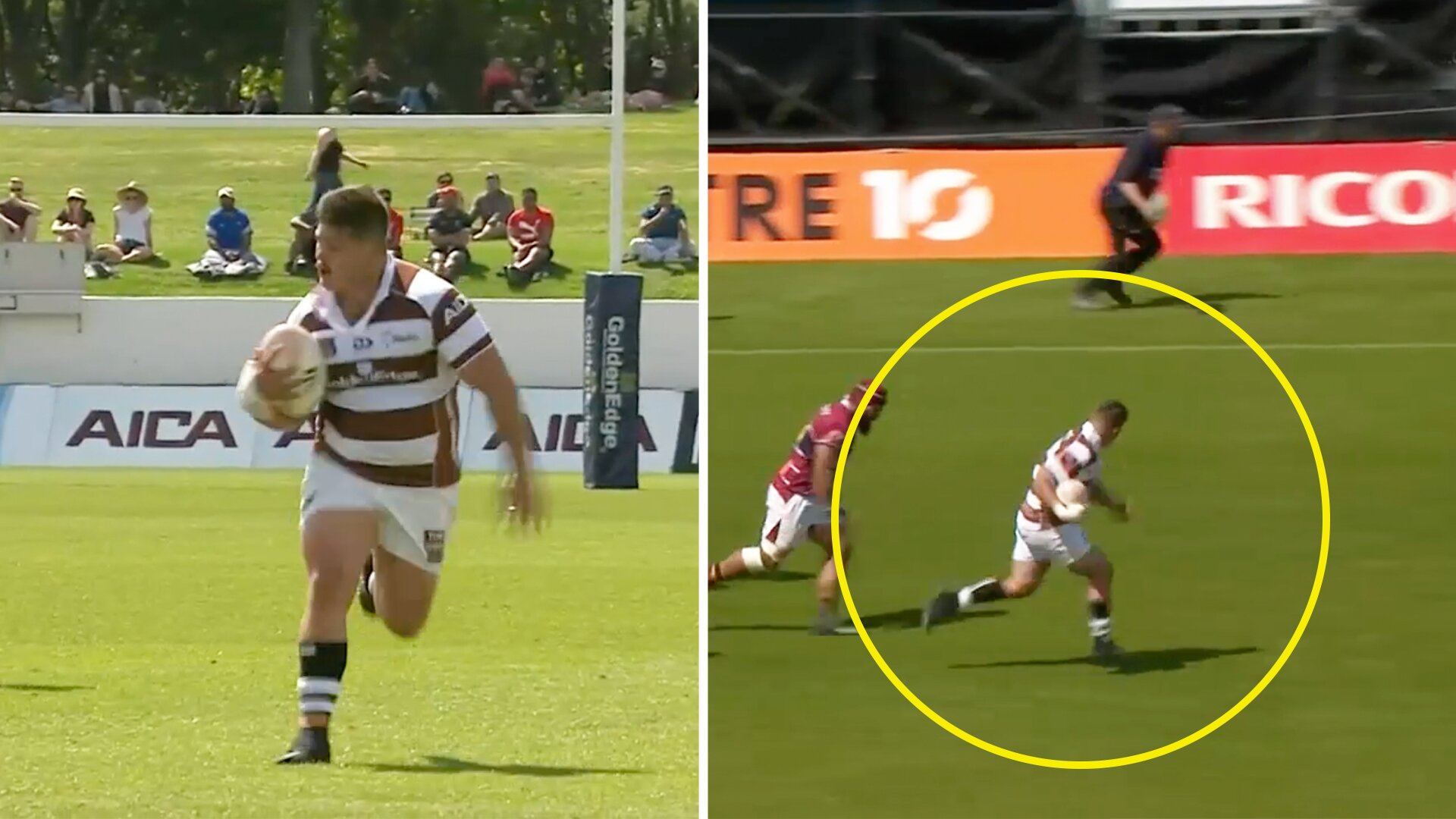 It’s not every day that we get to showcase front row filth of this level for you but we’re really spoiling you with this one.

This beauty comes from last weekend’s Mitre 10 Cup showing between Tasman and Southland with Loosehead prop, Joe Walsh, being the man responsible for this disgusting piece of flair.

Us props love to see the top players in our trade mastering the gritty aspect of the dark arts but now and again it really is special to see one of the chubbies making a mockery of not one but TWO wingers all at once.

We see here as Walsh makes the linebreak after a lovely supporting line before galloping through into the opposition half. Watch the incredible piece of prop flair below.

Seeing a prop do this. GLORIOUS. pic.twitter.com/EfaCJSJjhr

Does anyone really believe that either of those wingers really fell for that dummy? I think we all know it’s more honourable (and safe) to pretend to have been fooled by a piece of front row magic magic than to be a speed bump under that 20 stone wrecking ball.

You absolutely LOVE to see it!

Only 20 years old and on debut.

What an incredible finish from the @Federugby fly-half.

Franco Smith has made one change to his Italy XV for Saturday’s Six Nations finale against England in Rome. The Italians were beaten 50-17 by Ireland last Saturday when they returned to championship action in Dublin.

Despite that heavy Six Nations loss, coach Smith has opted to kept changes to a minimum in the hope of building some Italy selection consistency. That means the only alteration to their starting side sees Matteo Minozzi take over for Jayden Hayward at full-back.

Minozzi missed last Saturday’s round four championship match due to his start for Wasps in their Gallagher Premiership final defeat to Exeter at Twickenham.

There is also just one alteration on the bench, Guglielmo Palazzani coming in as back-up scrum-half in place of Gloucester’s Callum Braley

“In Ireland, we saw flashes of our game and something positive, but we are aware that we have a lot of work ahead of us,” said Smith. “We are a young team that wants to emerge. We continue on our way to build a precise identity.”