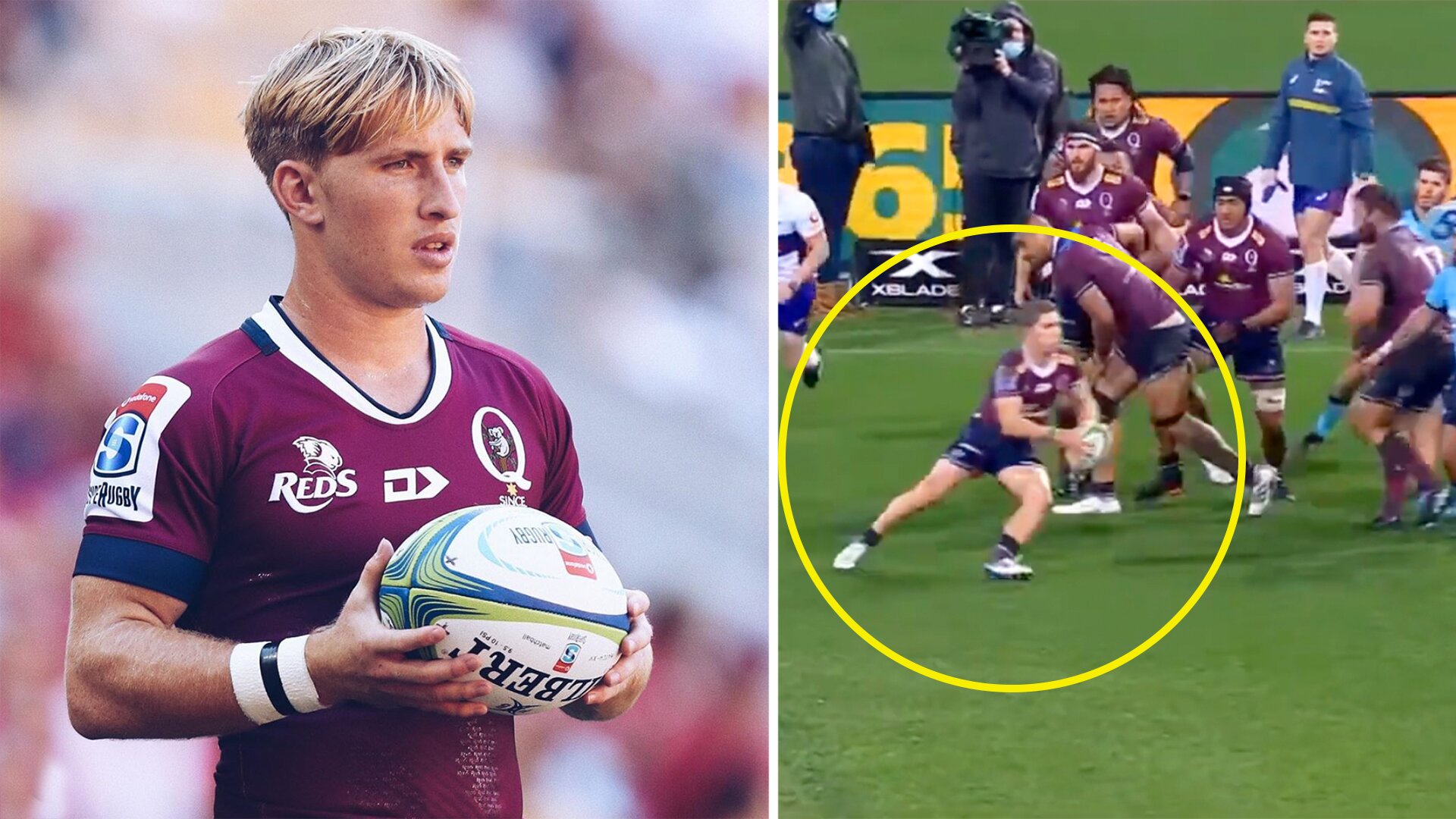 It’s Bledisloe 3 this weekend with the All Blacks set to face the Wallabies in their third meeting of this year’s Bledisloe Cup.

With a draw and a win for the Kiwis so far in the series, it’s still all to play for with the remaining two fixtures to be played on Australians soil.

One name that Wallaby fans will be excited to see on this week’s teamsheet against the All Blacks, is that of Tate McDermott.

The Red’s scrum-half is tipped by many to be the next big thing in southern hemisphere rugby after a glittering season with the Queensland side in Super Rugby AU.

With an unrivalled running game from 9, McDermott was one of the standout players of the tournament – helping the Reds to the final against the Brumbies.

Fans have raved about the 22-year-old in recent months with many seeing him as the next long term fixture in the famous green and gold jersey of Australia.

The young halfback possesses an exceptional running game allied with tremendous speed which has seem him score try after try for the Reds this season.

Dave Rennie left him out of the opening to matches of this series, opting for the more experienced Nic White to run the show from 9. Critics of McDermott have argued that his kicking game is what’s missing as of yet for him to be a test level international star.

This Sunday’s Connacht vs Benetton PRO14 game is off

Sunday’s PRO14 match in Galway featuring Connacht and Benetton has been postponed due to a Covid-19 outbreak at the Italian club.

A PRO14 statement read: “The round four Guinness PRO14 fixture between Connacht and Benetton has been postponed.

“The game was due to take place on Sunday, November 1, in Galway. However, Benetton will not be able to travel due to a small number of isolated positive cases of Covid-19.

“Public health guidelines in Italy currently prevent the Benetton squad from resuming rugby activities and as a result, the fixture cannot take place as planned.

“PRO14 Rugby can also confirm that Scarlets, who Benetton played in round three, have returned negative results from their PCR testing this week. PRO14 Rugby will examine potential dates in early 2021 to reschedule the game.”

Connacht had last weekend cashed in on Edinburgh’s post-lockdown lethargy as they inflicted a sixth straight defeat on the Scots with a 37-26 win at Murrayfield.