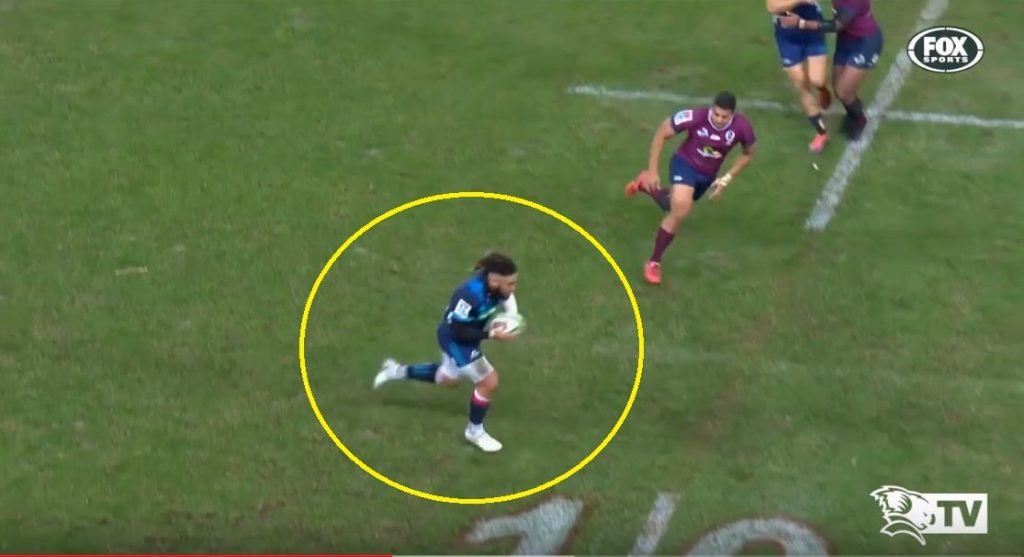 101-capped Reds backrower Scott Higginbotham has scored the matchwinner for the Reds in his last game at Suncorp Stadium. The home side defeating the Blues 29-28.

Experienced Springbok flyhalf Handre Pollard has shrugged off his injury niggle and returns to captain the Vodacom Bulls in their last Vodacom Super Rugby tour match on Friday morning (SA time) against the Highlanders in Dunedin.

The encounter, the first of the weekend’s all important Round 17 action, kicks off at 09h25 (SA time) and will be televised live on SuperSport 1.

Pollard returned to Pretoria from Australia a few weeks due to a calf injury. After regaining full fitness, he made the long haul back to New Zealand and has been drafted straight back into the starting team were he replaces Manie Libbok, who will now play off the bench. (Ma’a Nonu)

The change at flyhalf is one of five in a reshuffled Vodacom Bulls’ backline, with Rosko Specman and Warrick Gelant both ruled out with injury niggles.

As a result, Divan Rossouw will start at fullback, Johnny Kotze moves to the wing and Dylan Sage comes in at outside centre, while Embrose Papier will start at scrumhalf.

The Vodacom Bulls’ tight five is unchanged from last week’s drawn match against the Blues in Auckland, but they had to make changes to their loose trio as Paul Schoeman has been ruled out due to injury. Springbok looseforward Marco van Staden will start in the No 8 jersey, with Ruan Steenkamp coming in at flank.

This new-look loose trio will have to contend with All Black flank Liam Squire, who will get his first run in Vodacom Super Rugby this year. He returns to the Highlanders team along with Josh Ioane, Jackson Hemopo and Tevita Li.

The Highlanders have been on the winning side in each of their previous three matches with the Vodacom Bulls. Furthermore, they will also back themselves on their home turf because they have not lost in Dunedin to a team from outside New Zealand since 2016.

The Vodacom Bulls’ last victory in Dunedin was 12 years ago, in 2007, when they beat the Highlanders by 22-13 – their only victory down in Otago in 20 years.

Vodacom Bulls head coach Pote Human said the tour provided some good results, but can only be seen a successful one if they get the desired outcome against the Highlanders: “This is going to be very tough for us, but this group thrives on challenges. I think they last lost to a team from outside New Zealand in 2016, so we need to be at our very best if we want to change that statistic.”

Vodacom Bulls captain Handré Pollard said he is keen to get back onto the field: “The short break was great and I am happy to be back. This is a great venue to play at and we are determined to make our visit a productive one. We last won here in 2007, so it is about time we change that.” Ma’a Nonu Ma’a Nonu