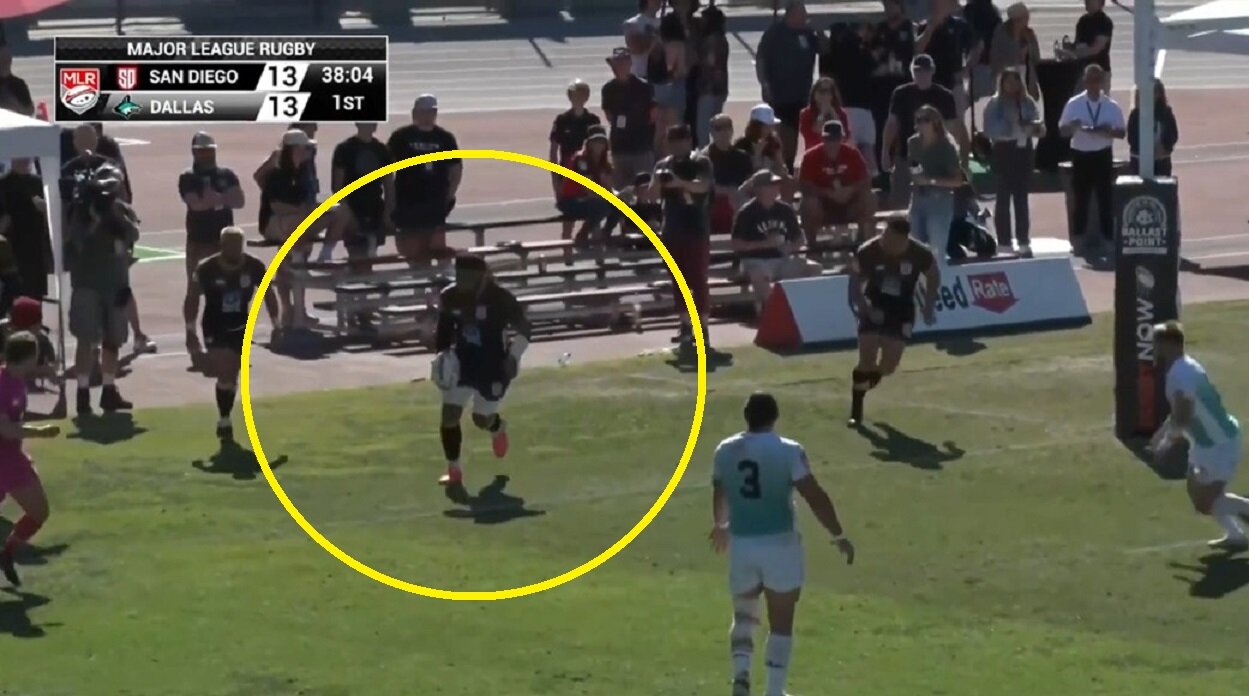 Ma’a Nonu showed what you can do with the new trial law, dropping an enormous 55 metre goal-line dropout for the San Diego Legion.

The new law sees a defensive team be rewarded a goal-line dropout whenever they have held the opposition up over their line, rather than the previous five metre scrum to the attacking team.

Anyway, it’s clear that Nonu, who has developed pretty much all the skills that he’d maybe lacked as a young rookie, knows the Law and is adept at using it.

We think the idea of the law is to discourage teams from going for pushover tries from lineout and to give the defending side more of a reward for defending such situations, which are becoming a plague on the game.