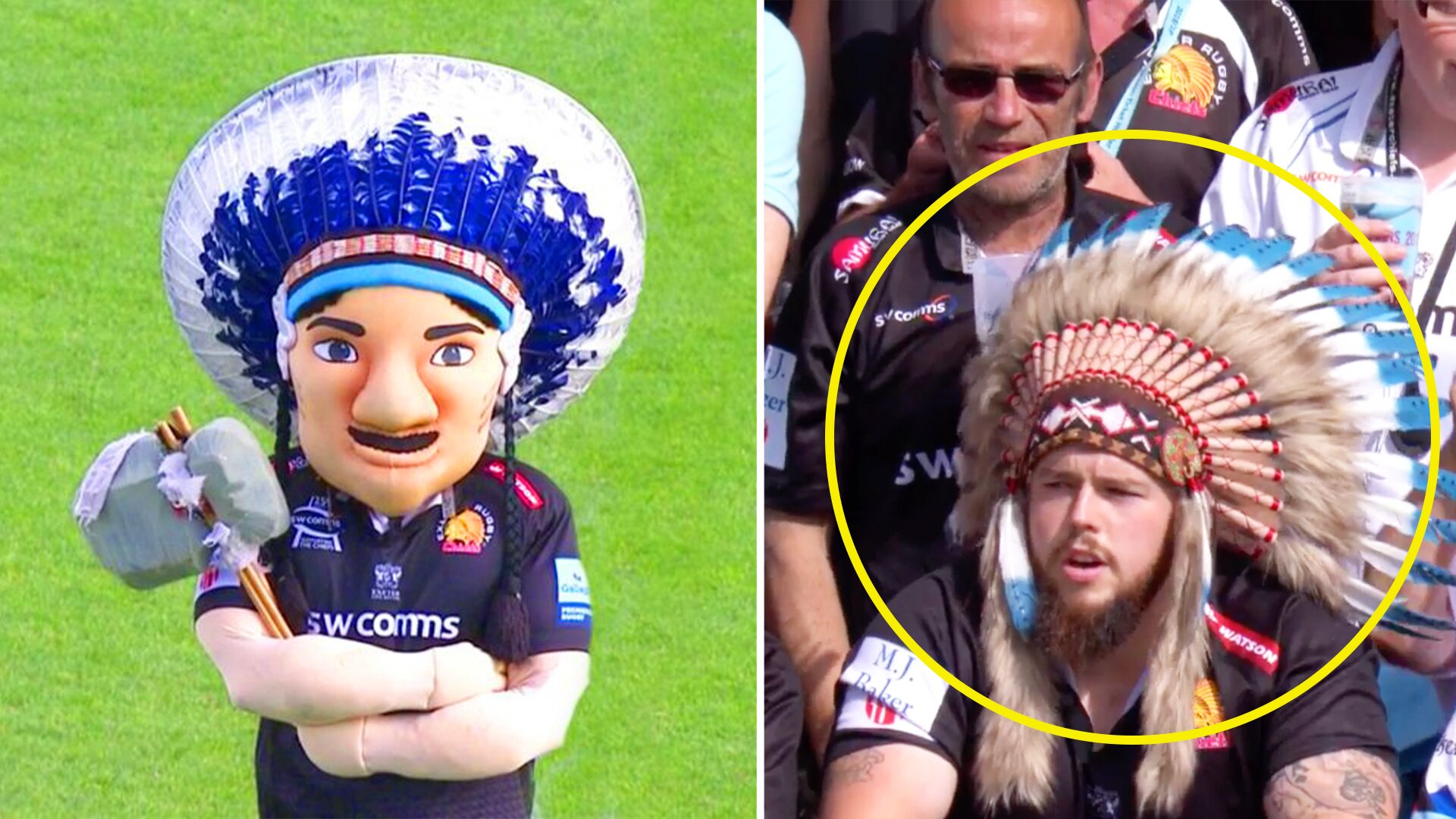 There has been a major new development in the fierce row surrounding the current branding of Premiership side – Exeter Chiefs.

The club has faced a wave of criticism in recent weeks after calls for the side to remove it’s ‘racist’ and ‘culturally appropriating’ Native American branding – which has been at the forefront of the club’s identity for over twenty years.

In the last few hours, there has been a mjaor new development

🏉- @ExeterChiefs DoR Rob Baxter gives us the very latest from @SandyParkExeter as his team continue to work towards return to playing ⬇️https://t.co/cK0M6yy1sV pic.twitter.com/GoBd2CUE62

A petition has been launched online, calling for the club to undergo a complete rebrand.

Within the first hour of the petition being motioned, it received dozens of signatures along with a wave of angry comments from fans.

here is the petition that was started late last night

Under the petition was this message posted by the initiatives creator stating,

“This is a petition started by supporters of Exeter Chiefs:

Exeter Chiefs is a fantastic club that has seen a huge amount of success on the pitch and done a lot of good off it for decades. It’s one of Exeter’s most well known brands and has put the city firmly on the sporting map. The club MUST address its use of racist imagery and branding.

There is no place in a predominantly white British environment for Native American imagery that has no relation whatsoever to the history of the club, or the city. Tony Rowe is quoted as saying the history of the ‘Chiefs’ brand dates back no further than the 90s – a decision that was not taken with racism in mind, but one that is now sat increasingly awkwardly at the pinnacle of English rugby.

The stylised Native American Chief on the club’s crest, the ‘Big Chief’ mascot, the headdresses and tomahawks adorning the supporters, and the ‘Tomahawk Chop’ chant are all examples of cultural appropriation of the Native American peoples who were all but wiped out by white European settlers and who still suffer extreme examples of racial prejudice today, across the world.

one Twitter user suggested this as Exeter Chiefs new logo

This is exceptional… proper historical links to the city, a homage to the club’s current crest and in no way offensive @ExeterChiefs 🏉 https://t.co/ElTlOzGdBu

There is a huge amount of correspondence from Native American people making it very clear that they find the use of their sacred rites and iconography in these contexts deeply hurtful and offensive.

The club doesn’t even need to change its name – Exeter Chiefs could refer to the Celtic Chiefs who inhabited the city and contributed to its rich and diverse history. It is the imagery that must change.

There is huge potential for the club to seize the positivity around the BLM movement, to take ownership of a branding decision that is now very clearly on the wrong side of history. There’s no need to change the name just the logo, which would:

Generate positive press by addressing the issues of cultural appropriation and showing awareness and a proactive desire to bring about positive change;
Involve the community in the rebrand, making people feel involved in the identity of their local club, which will be inspired by local history;
Generate revenue for the club through sales of merchandise featuring the new branding.
Help us ensure our fantastic club has a long and successful future under a brand that we can all be proud of.”

The initiative has quickly gathered pace with over one hundred people signing the petition within an hour of it being posted.

This new development follows on from weeks of pressure from vocal fans, who oppose it’s current branding of a Native American Chief.

There has been a lot of anger aimed at the Premiership side in recent days. With many critics calling out the club on it’s current branding.

I’ve said it before and I will say it a million times. Everything about the branding of Exeter Chiefs is racist and if you are a fan who doesn’t call out this behaviour, you are complicit.

@ExeterChiefs beyond time to change your racist logo – why haven't you done it yet?

Chipping in to say I’m an @ExeterChiefs fan –
ashamed by the embarrassing reaction of the club and fans. I and several other supporters I know have been calling to change the racist branding and imagery for a while now, so happy to lend my support and work out how to mobilise.

There is a clear cultural link here between Exeter and a first nation group. Perhaps by communicating with Exeter city council, RAMM, Exeter Chiefs fans and the Siksia Nation and Blackfoot Crossing Historical Park we could write and sign a letter/petition

If we want to fight racism in Exeter, we have to start by questioning racist symbols that are part of the city's major aspects like the #exeterchiefs name, logo and mascot that a trans-atlantic racist and stereotypical appropriation. @UniofExeter @ExeterGuild @ExeterDoctoral https://t.co/6sUiGiQTOp

We will keep you updated on this fast-moving story as it develops.