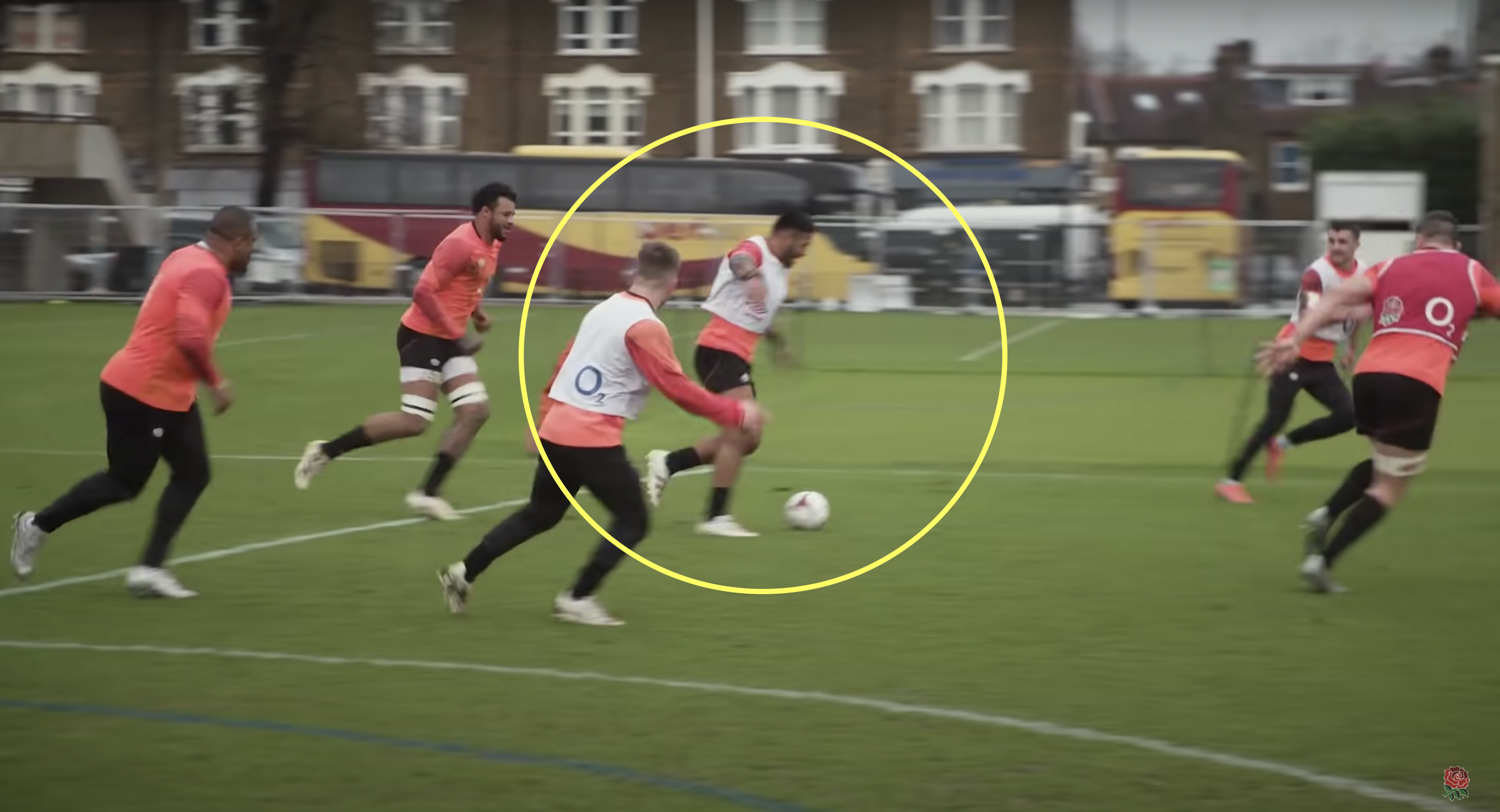 England fans got a glimpse of the footballing skills of Eddie Jones’ squad this week in the latest episode of o2 Inside Line- The Next Level, and there were some surprises.

Loosehead Bevan Rodd looked as though he had the ball glued to his foot such was his Messi-esque control, which some might not have expected. However, something many fans would have seen coming was Manu Tuilagi’s approach to the game, which was shockingly similar to his approach to rugby.

There was a clip of Tuilagi on the ball, where he evaded the tackle of Courtney Lawes before a one on one with what looked to be Luke Cowan-Dickie. This is where having legs like concrete bollards comes in handy, as the hooker was left stumbling as he tried to tackle Tuilagi, who carried on powering on much in the same way he does with a rugby ball in his hand.

Fans got to see the bottle of the players when it comes to penalty shootouts as well, as both Jamie George and Kyle Sinckler sent the ball flying into the stratosphere. Elliot Daly, on the other hand, showed that he is not just a dab hand at kicking a rugby ball with an expertly taken penalty.

That match was played ahead of last weekend, which was a fallow week in the Six Nations, but their attention will have switched back to rugby this weekend ahead of Wales’ visit to Twickenham. This is the squad: