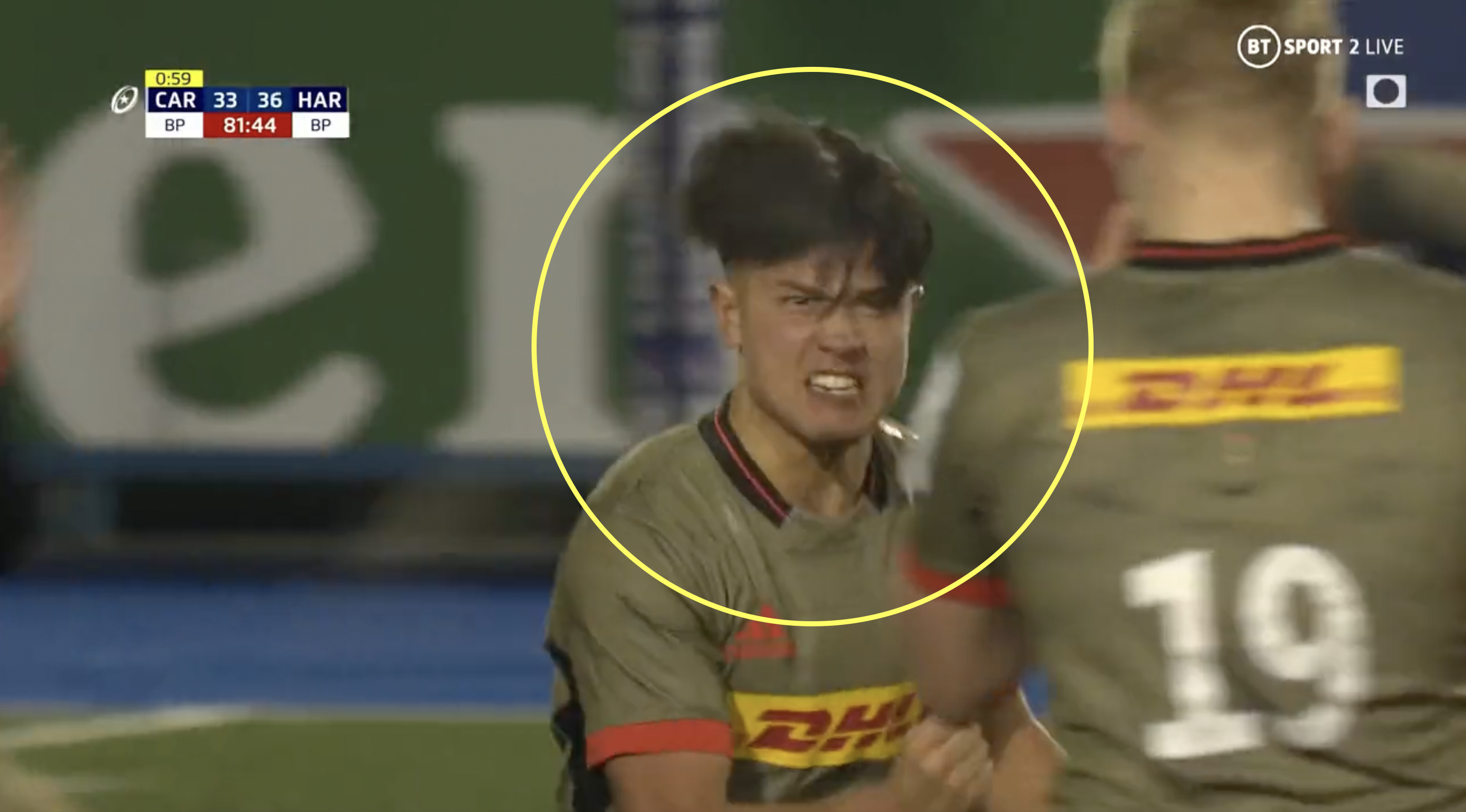 George Ford is playing superbly at the moment; the injured Owen Farrell has always been one of Eddie Jones’ favourites for England, but if Marcus Smith does not start at fly-half for his country in the opening match of the Six Nations something is wrong with the world.

Harlequins’ 22-year-old fly-half was in prime position to start there after his autumn in white and his recent form, but his performance against Cardiff on Friday in the Heineken Champions Cup completely put that debate to bed. He literally produced everything one could want from a fly-half: setting up tries with his hands, setting up tries with his feet, scoring tries himself and of course kicking a clutch penalty in the final minute to secure the win for his side.

There was this handy cross field kick to another England hopeful Louis Lynagh to open the scoring:

There was another beautiful inside pass to Alex Dombrandt (another player who must start for England) in the build up to Luke Northmore’s try:

Excellent with his feet, not bad with his hands either 💫

Marcus Smith scoops the ball up for Alex Dombrandt and Luke Northmore to combine for @Harlequins 🃏#HeinekenChampionsCup pic.twitter.com/GrqAvGhA3o

He showed his feet and his strength to create his own try:

The 22-year-old dances through the Cardiff defence and over the try-line for @Harlequins!

But, perhaps most importantly for Jones, he showed his nerve to deliver the win for Quins in the final play of the game, almost in the exact same fashion he delivered the win over the Springboks for England in the autumn:

He kicks a penalty with the clock in the red to earn @Harlequins a win and a place in the knockout stages of the @ChampionsCup! 🏆#HeinekenChampionsCup pic.twitter.com/zRQn2LBvIO

This seems fairly definitive that he will start for England not only this Six Nations, but from now on until the World Cup. The string of performances he has put in over the past month means it is a no-brainer. He controlled the game in torrid conditions against Exeter Chiefs last week in the Gallagher Premiership, meaning he has effectively shown his full bag of tricks just before the England squad is announced. The question is what Jones does with Farrell (if he is fit)?