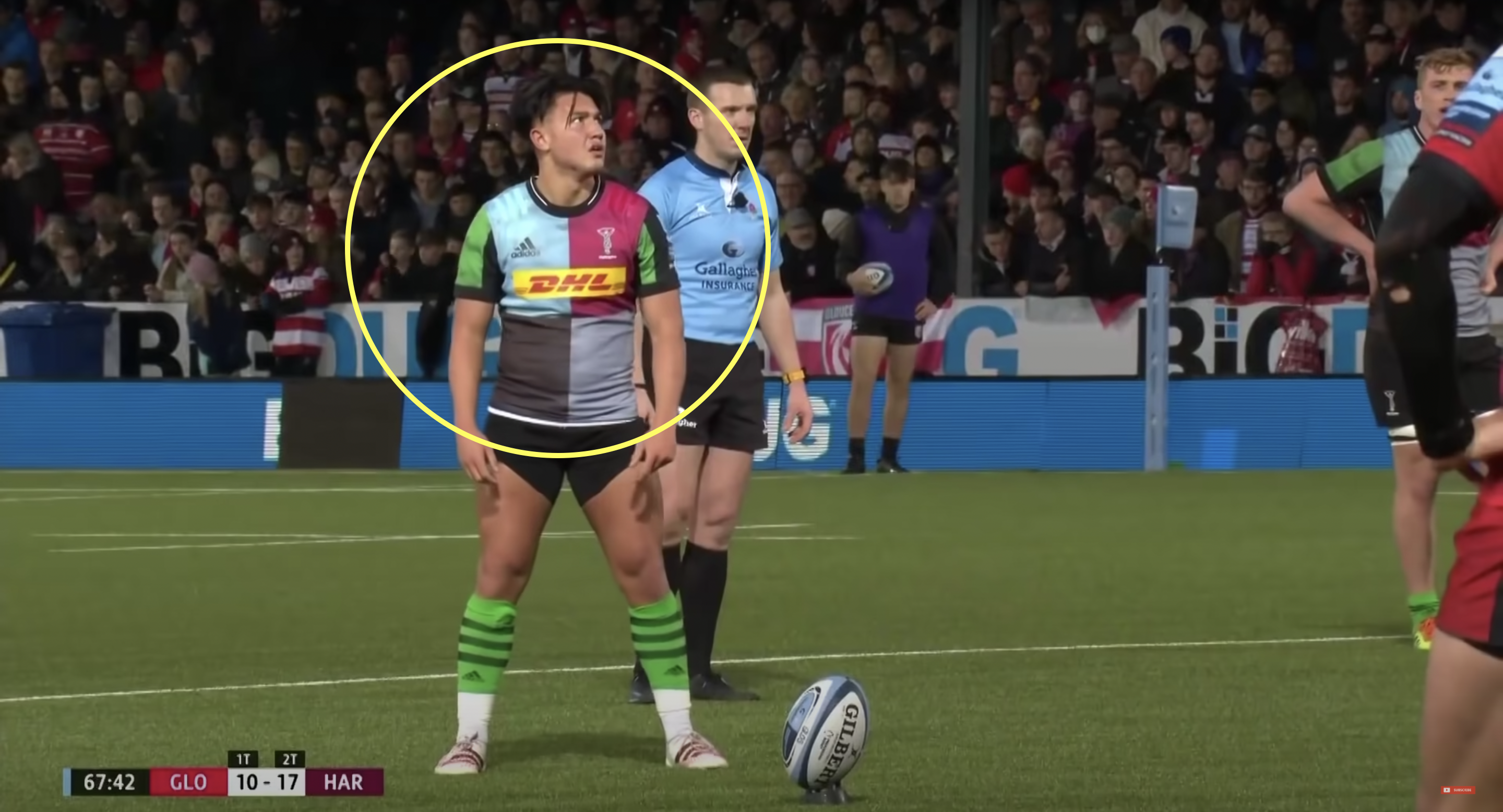 The year 2021 may long be remembered in rugby as the year of Marcus Smith, or at least where the Harlequins No10 truly announced himself.

Not only did he guide Quins to the Gallagher Premiership, but he looks to have cemented his place as England’s starting fly-half and even got a late call for the British & Irish Lions.

However, David Flatman insists that he is still only the second best fly-half in England, as he explained on The Lowdown this week:

“The flashy bits we all love, the offloads, the footwork, the cheeky chips, the clever kicking game, we all love all that, but I like the bravery in defence. There’s still one or two players running around in certain positions, fly-half being one of them, who don’t love tackling, and he is not one of them. A coward he is not. A brave bloke, not a big bloke but a brave one and seems to get better when the pressure comes on. The thing is, for my money, he is still the second best fly-half in the Premiership because George Ford is the best.

“Massive news for Leicester Tigers that he’s leaving. Arguably- not arguably- their best player, he is the best player in the best team in what is currently the best team in England by a stretch. He’s been just wonderful, whatever the conditions he offers a masterclass at least once a fortnight, more like every week. There’s nothing he can’t do. He is a wonderful fly-half, one of the best England have ever had.

“How do you replace George Ford? Handre Pollard, World Cup winning fly-half, the guy that shredded the All Blacks in relatively recent rugby past, this is a top of the range player, it is probably the guy, if you could pick anyone to sign it’s probably the guy. He will no doubt be excellent for Leicester Tigers, but at the moment I think George Ford is as close to irreplaceable as a Gallagher Premiership player could be. He’s just in sensational form.”