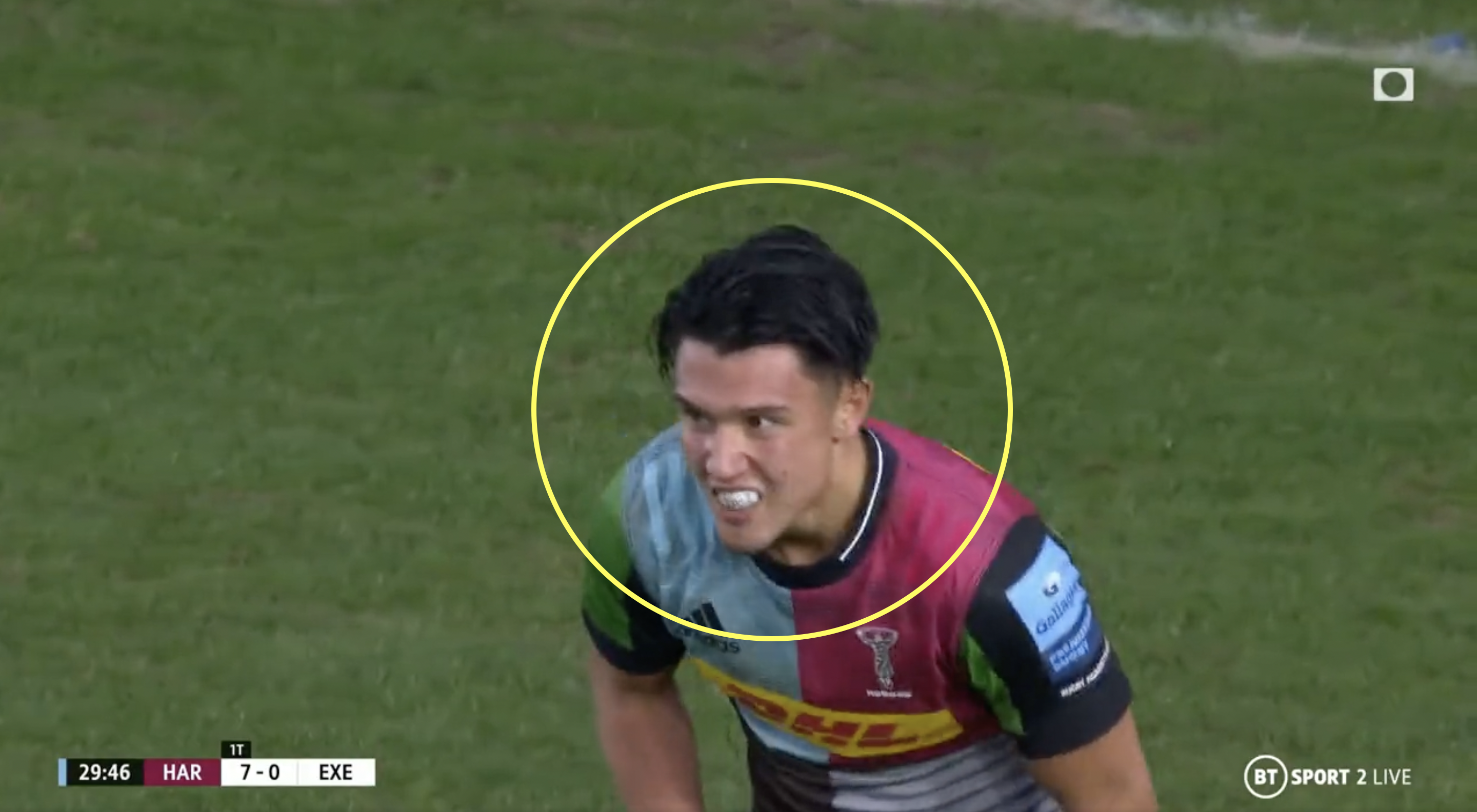 By now, fans are bored of seeing Marcus Smith creating tries and nailing touchline conversions to win a match as he did on Saturday against Exeter Chiefs at the Stoop, they want a bit more from him.

It is simply not enough for the 22-year-old Quins No10 to be one of the biggest prospects in the game if all he does is fly-half stuff. Fans want to see him mixing it up with the forwards, and they got what they wanted against the Chiefs.

Smith has proven in his career so far that he is not one to shirk a tackle, but he also showed that he is a dab hand at rucking against one of the gnarliest and biggest packs in the game. But instead of picking on the smallest forward to counter ruck against, the five-cap Englishman decided to pick on the 21st 2lbs / 135kg, 6ft 4ins / 1.94m tighthead prop Josh Iosefa-Scott. Despite conceding over 50kg to the Kiwi, Smith was able to pick him up and drive him back, in footage the Chiefs man will not want to see again:

This was an impressive contribution by the Quins fly-half, but perhaps his most important was his cross field kick for Andre Esterhuizen in the dying minutes of the match to make the score level. He faced a difficult conversion in tricky conditions to put his side in the lead, but there was no doubt that he was going to land it.

The try was actually one of many cross field kicks that Smith attempted throughout the match that were inches away from being perfect. Perhaps it required man of the moment Esterhuizen to be at the end of one in order for it to stick, as the South African went on to secure his third man of the match accolade in a row.