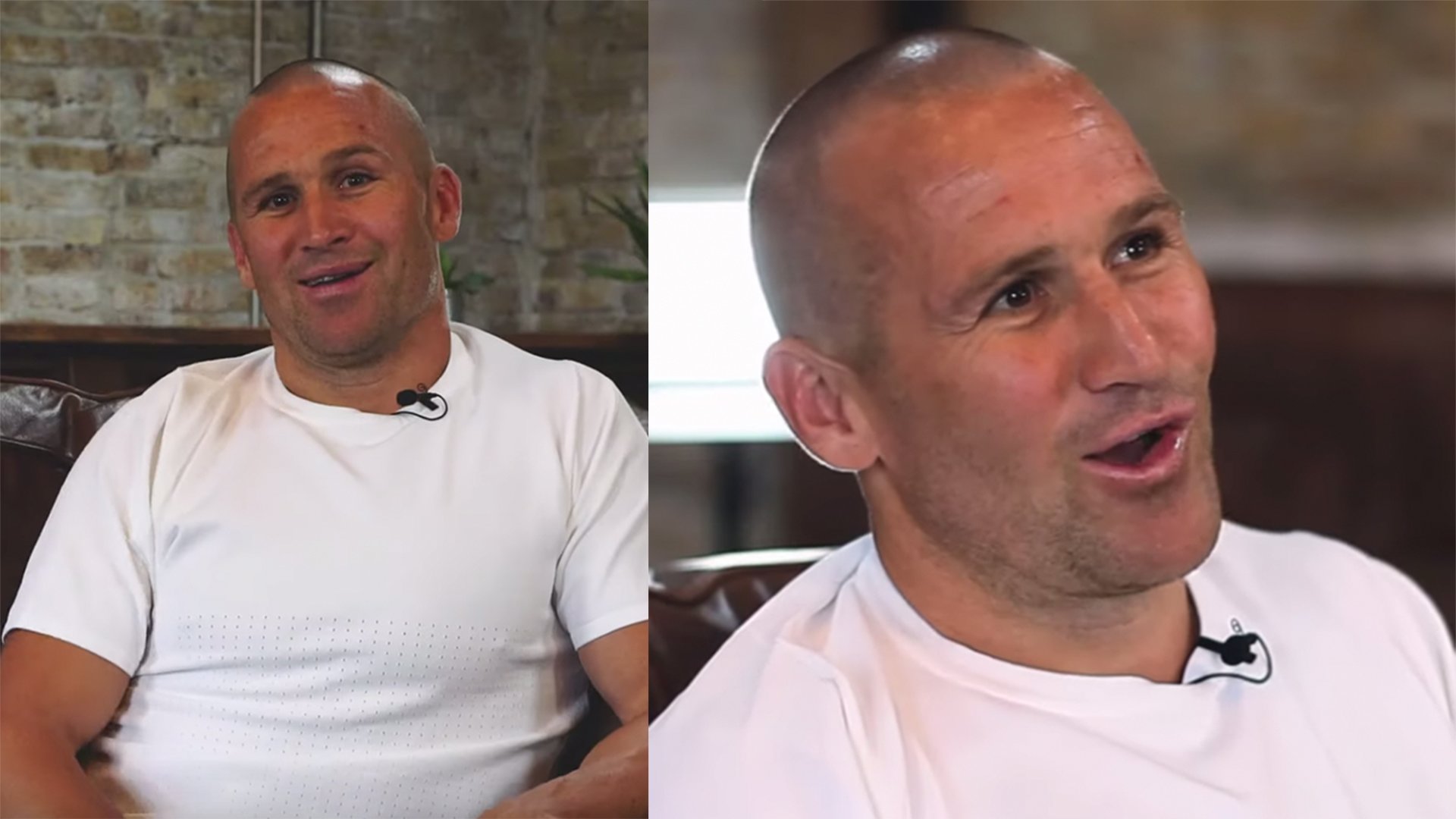 Matt Giteau’s impression of Eddie Jones is hilariously spot on

Australia legend Matt Giteau was interviewed recently to give his favourite “World Cup Memories”. His impression of Eddie Jones in this video is absolutely spot on.

Giteau spoke about his favourite World Cup Moments, and of course his worst.

The 2003 World Cup final was clearly up there with one of the worst for him, and he said that he can’t even watch the drop goal that Jonny Wilkinson scored at the dying moments of that match.

England are already the only RWC opponents Australia have lost to on three separate occasions. The Wallabies have only beaten Wales (5) and Ireland (4) more than three times at the World Cup.

On 6 June 1998, Australia won 76-0 in Brisbane, which marks by far the biggest defeat for England ever in a test match (next biggest is by 48 points).

Both teams have named very strong teams for their quarter-final clash.

What we couldn’t get over in this interview was the cracking impression that Matt Giteau did of Eddie Jones. Giteau was reminiscing about his time in the Australian camp, being just 17 at the World Cup and looking up to Eddie Jones.

The interview itself was fantastic and the stories that Giteau told were absolutely fantastic. He spoke about how he hates having to rewatch the 2003 World cup moment where Jonny Wilkinson slotted that final drop goal. He always looks away if he sees that footage is about to come up because he just can’t watch it.

Here here is telling RugbyPass about how he initially used to be terrified of Eddie Jones when he was just a young lad growing up. Look at how spot on his impression is of Eddie Jones.

Close your eyes and listen to his Eddie Jones impression, you can’t tell the difference.

England are already the only RWC opponents Australia have lost to on three separate occasions. The Wallabies have only beaten Wales (5) and Ireland (4) more than three times at the World Cup. England v Australia will become the third fixture to be played for the seventh time at the Rugby World Cup. This was also the case with Australia v Wales and France v New Zealand.