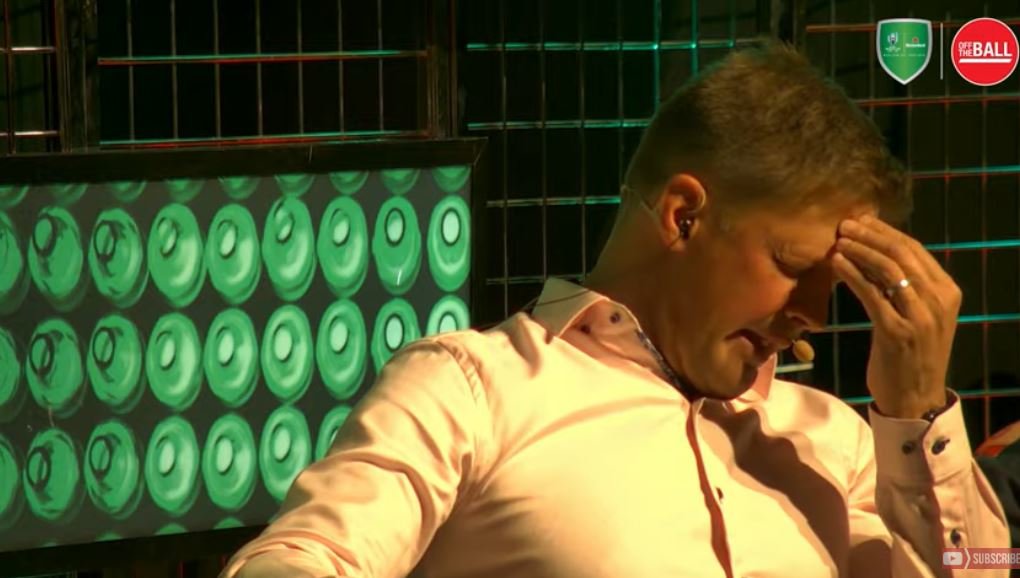 Former Springbok rugby star Bob Skinstad brings the house down at the Off the Ball Heinekenshow, with his story of a team talk gone wrong while at university.

CREDIT: Off The Ball

The Springboks have reverted to the starting XV and replacements that recorded a 49-3 victory over Italy a fortnight ago for the do-or-die Rugby World Cup quarter-final against Japan in Tokyo on Sunday.

It means 13 changes to the starting XV from the one which concluded the Boks’ pool campaign with a 66-7 demolition of Canada in Kobe last Tuesday.

Only Springbok captain Siya Kolisi and Damian de Allende – who switches from outside centre back to the more familiar inside centre position – are retained from the Kobe XV.

They are joined in the line-up by the balance of the starting XV from the seven-try-to-nil overwhelming of Italy in what has become a familiar ‘senior’ line-up.

“We were satisfied with the performance against Italy and want to build on that,” said Rassie Erasmus, South Africa’s director of rugby.

“We have been improving and building momentum this season and we will be looking for further improvements this weekend.

“Japan are a well-coached team and have deservedly climbed to seventh in the world rankings. It’ll be a good challenge but we’re definitely up for it.”

Front rankers Tendai Mtawarira and Bongi Mbonambi, as well as Lood de Jager retain their places in the starting line-up, having been elevated to the XV from the one which lost against New Zealand in the opening match of the tournament.

The starting XV boasts 665 caps – the most in a Springbok team since the 2015 Rugby World Cup – when the squad included three Test centurions in Jean de Villiers, Victor Matfield and Bryan Habana.

“When we set out on this campaign at the start of last season, one of the things we said we wanted to do was broaden and deepen the experience in the squad,” said Erasmus.

“We’re now in a position where everyone in the starting XV has had a proper taste of top-level Test rugby and we’ve got a strong spine of Test experience for these high-pressure matches.

“You need that experience when it comes to handling the pressure situations we will face on Sunday and I think we’ve achieved that now.”

The team to meet Japan contains five players with 50 or more caps in Willie le Roux, Duane Vermeulen (who wins 50th cap as a No 8 – a Springbok record), Pieter-Steph du Toit, Eben Etzebeth and centurion Mtawarira. There are another four players in the 40s in Kolisi, De Jager, De Allende and Handré Pollard.

Twelve of the starting XV – and 21 of the 23 – were in the team that overcame Japan six-tries-to-one (41-7) in Kumagaya, Japan, six weeks ago. The only absentees are Trevor Nyakane (prop) and Jesse Kriel (centre), who have both been invalided out of the tournament.

De Jager and prop Vincent Koch – who is on the bench – are the only two players who were not in the match 23 for the victory over Japan.

Erasmus again announced a six-two replacement split in favour of the forwards (rather than the traditional five-three), as was successfully deployed against the Azzurri.

“We will look at our replacement strategy on a game-by-game basis and for this opponent on this occasion we believe we’ll need fresh legs among the forwards at some point,” said Erasmus.

“We’re very fortunate in that we have a squad that has a number of highly versatile players among forwards and backs who can slot into a number of positions to cover all eventualities.”

The Springboks are aiming to reach the Rugby World Cup semi-finals for the fifth time in seven appearances while, for Japan, it is their first appearance in the play-off rounds at the ninth attempt.

The winner will play the victor in the France v Wales match in Yokohama on Sunday, 27 October.

The Springbok team to play Japan in Tokyo on Sunday is: