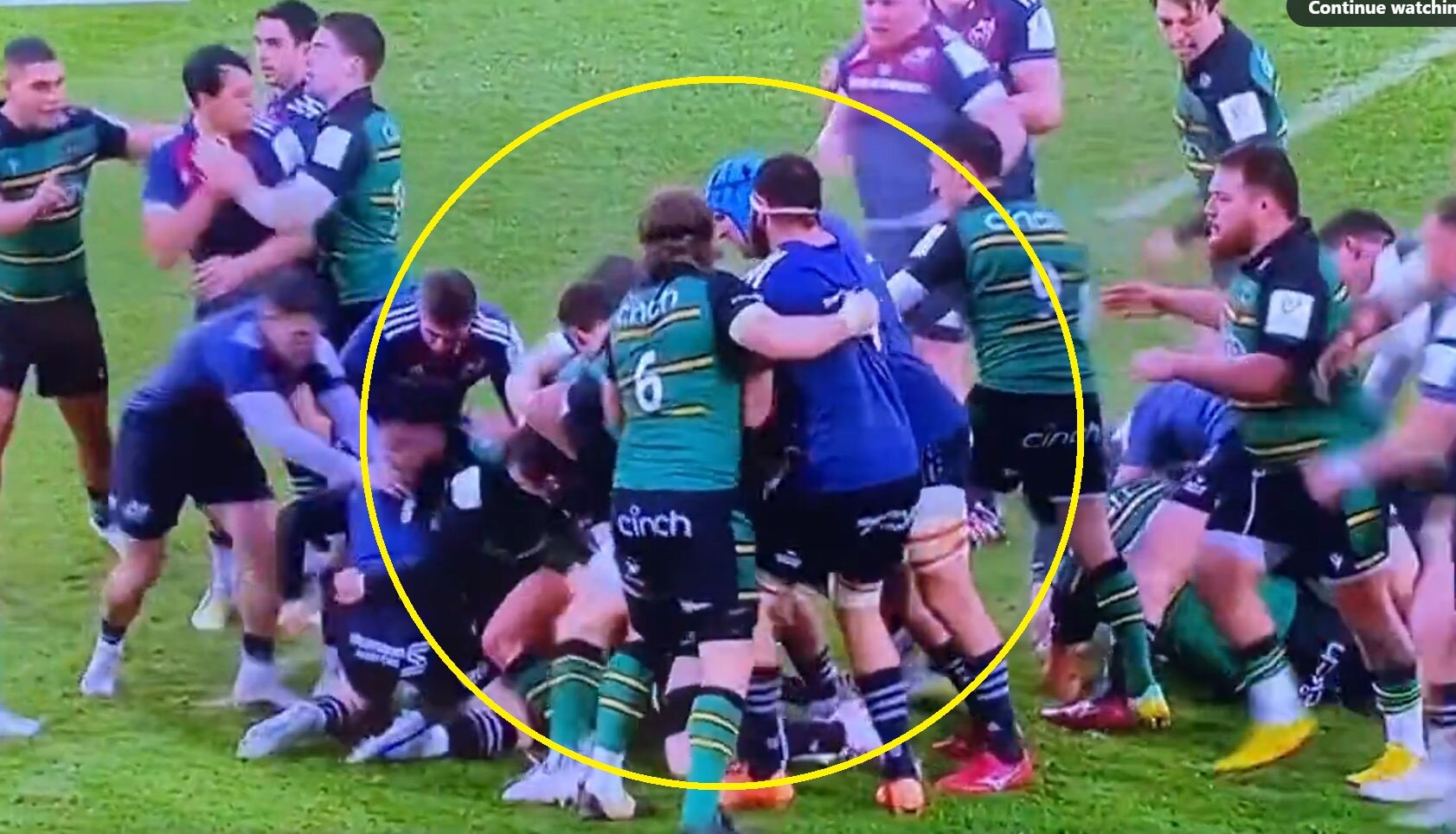 A non-stop fisty cuffs session involving both Munster and Northampton Saints kicked off in Franklin’s Gardens in England this afternoon, evoking memories of when violence was part and parcel of our great game.

While Munster’s effort were far from flawless, they were unflappable in their refusal to let the Saints over their line.

As the game heated up, Munster was given three yellow cards while the Saints only earned one. A massive brawl broke out 15 minutes into the second half as the situation reached a breaking point.

The two sides squared up for a titanic clash. Wonderful to watch. With so much going on, it’s puzzling that the referee only gave the two players that started the altercation two yellow cards.

Many other players would have been exhaling with relief as Lewis Ludlam and Jack O’Donoghue left the field.

One of the main reasons that fights have become less common in rugby union is due to the stricter enforcement of the rules by referees. Rugby union has a strict code of conduct that players are expected to adhere to, and any player who engages in violent behavior on the pitch can expect to be punished. This can include fines, suspension, or even a ban from the sport.

Despite the efforts of referees and the governing bodies of rugby union to stamp out fights, they still occasionally occur. In these instances, the players involved are typically punished and may face disciplinary action. While fights may be a rare occurrence in rugby union, they are generally not tolerated and players are expected to behave in a manner that reflects the values and spirit of the sport.