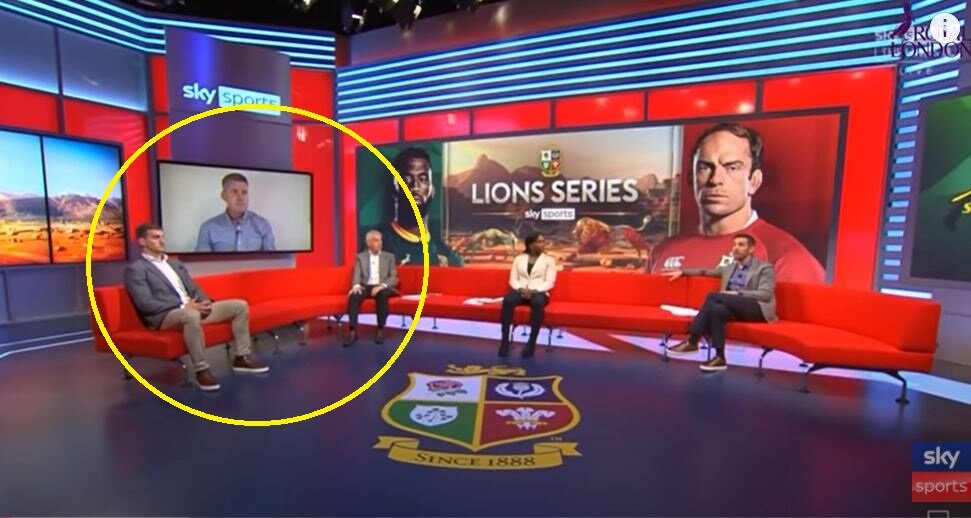 Shaken to their very core. The British & Irish Lions series effectively lies in ruins this Sunday after the Springflogs emptied themselves into every metaphorical orifice the Lions had to offer with huge passion, Biltong and arrogance.

Ronan O’Gara looked pretty dejected and effectively say he believes the Lions are done and dusted. Sir Ian McGeechan tried to sound a little more optimistic but it wasn’t convincing.

Meanwhile Stuart Hogg has denied he put Willie Le Roux in his mouth.

“Following speculation that has surfaced online, I would like to categorically deny any foul play in last night’s game. I would never bite an opponent and I am annoyed and upset by this unsubstantiated accusation. I’ve always been proud of playing rugby in the spirit of the game.

“Respect to the Springboks for their deserved win yesterday. The squad is hurting after last night’s defeat, but it’s all to play for next week. It’s going to be a cup final and everyone’s going to be up for it.”

Springbok coach Jacques Nienaber praised the attitude of his players as they put in a convincing improvement against the British & Irish Lions at Cape Town Stadium on Saturday, and said the support from the public was equally touching.

According to Nienaber, the Boks also won all the important scraps in a highly physical and tough Test. The Bok coach said the way the players responded after last week’s defeat – as well as how they took responsibility to improve – made his job easy.

“The players in our leadership group are very experienced, and we are in a fortunate position as coaches to have so many of them,” said Nienaber.

“Last week we lost the kicking game in the second half and the way the players responded during the week to adjust and make better decisions was really great. Sometimes I feel more like a facilitator than a coach with all the great inputs we receive from the guys.”