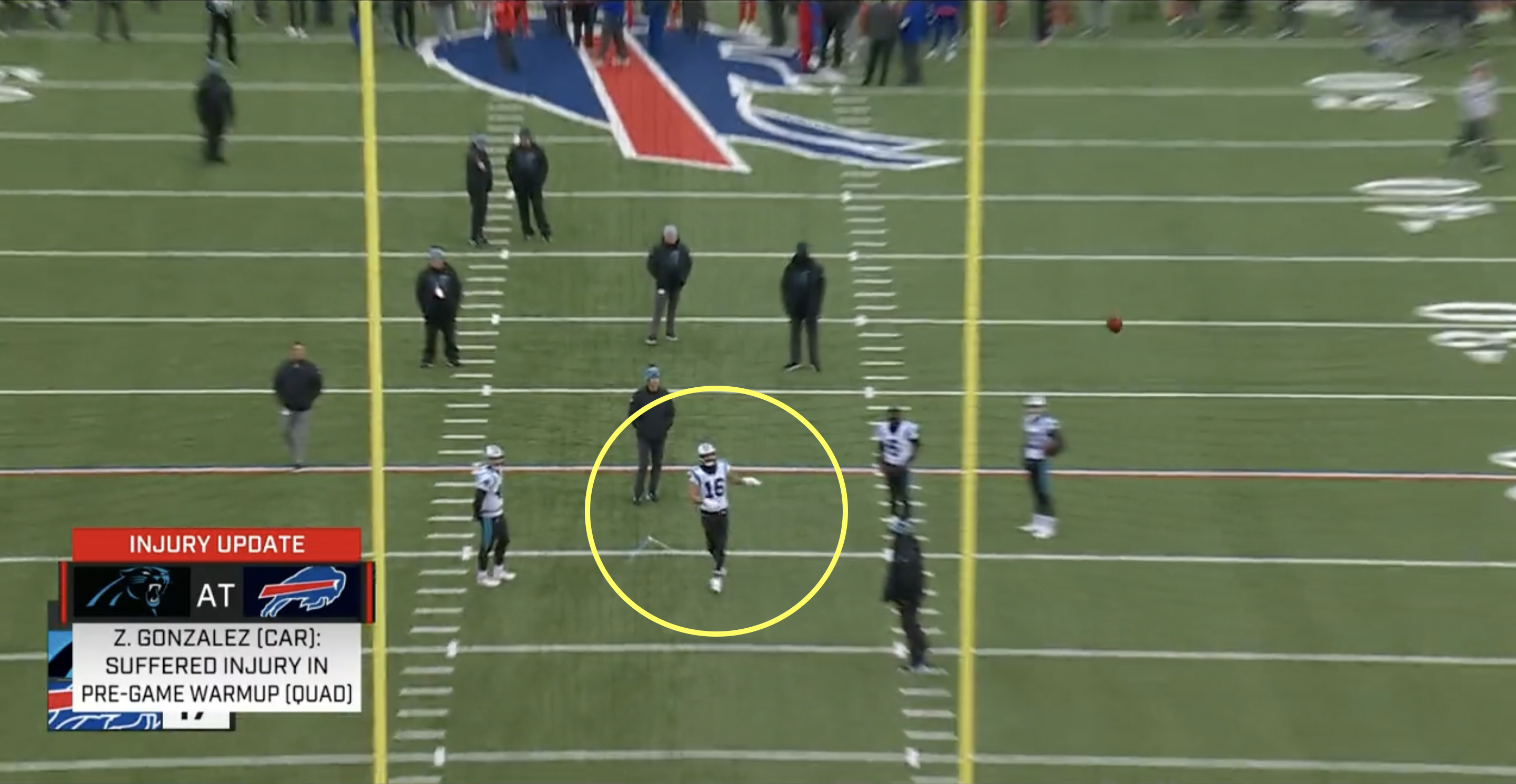 Proof that any No10 could dominate the NFL

Many rugby players have flirted with the idea of turning to American football at the end of their careers, and some even have. While there are some like Christian Wade who have made the switch during their prime, some fly-halves have seen playing as a kicker in the NFL as a viable career path once they have hung up their rugby boots.

Gavin Hastings was one player to switch codes at the end of his glittering career in rugby union, becoming the kicker for the Scottish Claymores in the NFL Europe.

Well many fly-halves’ eyes may have lit up when they saw what went down in the NFL this season before the Carolina Panthers’ contest with the Buffalo Bills. Their kicker Zane Gonzalez picked up a quad injury before the match, and without a replacement in the squad there were tryouts before the game amongst his teammates. It is fair to say that they did not impress much.

The Panthers’ kicker was injured in the warm-up so they held open tryouts before the game! pic.twitter.com/I0hvNC488g

Of course, these players taking the kicks are not in the squad to take kicks. Then again, there have been plenty of rugby players that were not usually expected to take kicks, but rose to the occasion when needed. The likes of Zinzan Brooke and Sergio Parisse spring to mind when thinking of forwards scoring drop goals, but there have even been situations where non designated place kickers have had to step up to the plate. The Heineken Champions Cup semi-final between Leicester Tigers and Cardiff is a prime example, where No8 Jordan Crane etched his name into Tigers folklore.

So most fly-halves, or indeed any player that fancies themself as a kicker in rugby, would have looked at that NFL video and thought they could make a half decent back up kicker.