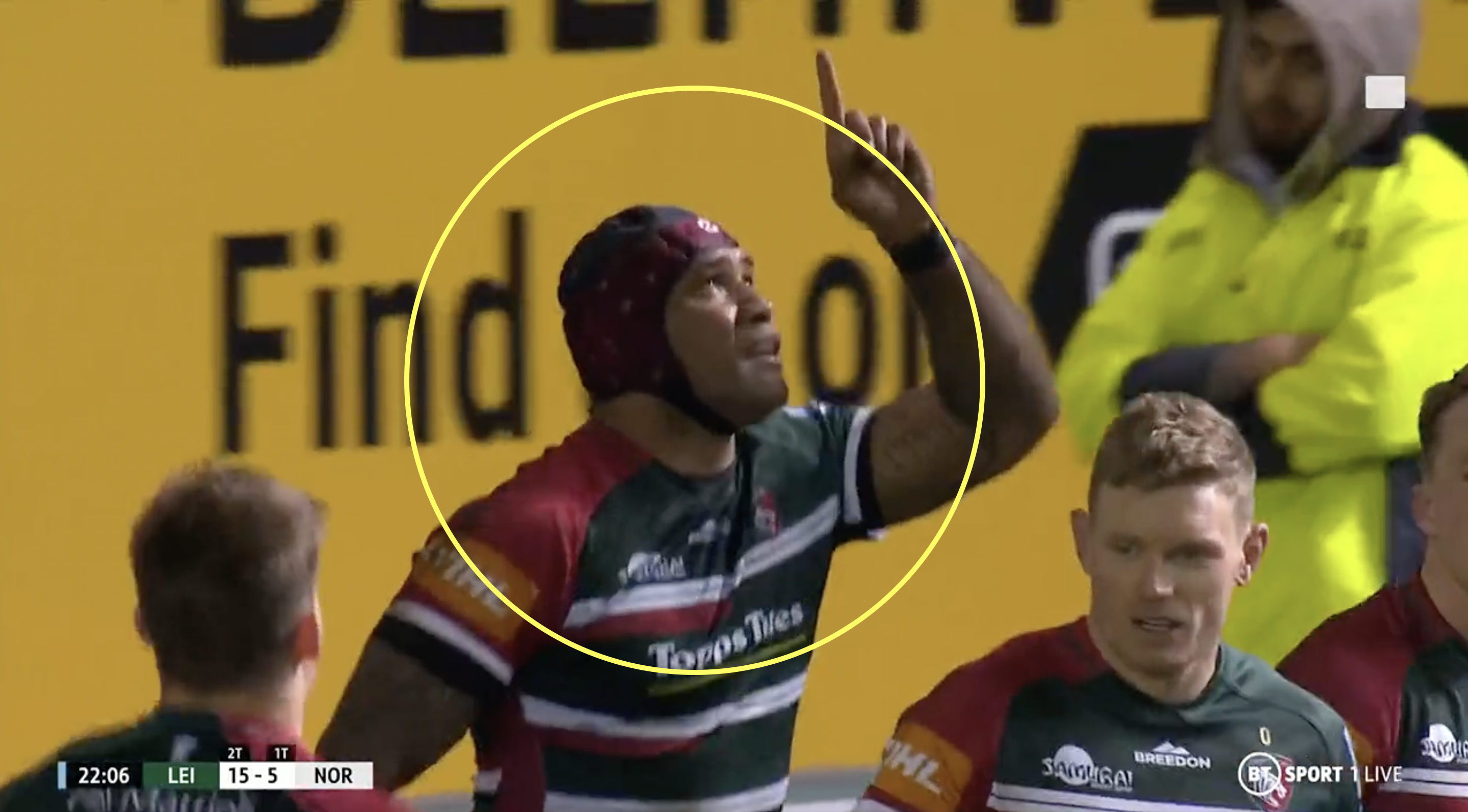 Northampton Saints and England’s 81 kg scrum-half Alex Mitchell found himself in a position that absolutely no rugby player ever wants to find themselves in on Friday night at Welford Road.

That position specifically is trying to stop the 123 kg Fijian powerhouse Nemani Nadolo from about two feet out after the winger had built up a head of steam. It is fair to say that it did not end well for Mitchell, who perhaps gave a fairly half hearted attempt to stop Nadolo and subsequently found himself flying in the opposite direction after going high on the 6 foot 5 inch back.

To be fair to Mitchell, he could not go low in this situation as Nadolo would still have had enough momentum to go over the line. He had to go high to try and dislodge the ball or hold the ball up, but equally there is always a danger of going high… as was seen.

This was Nadolo’s second of the night in the East Midlands Derby, as Leicester ran out 35-30 winners to extend their lead at the top of the Gallagher Premiership table to twelve points. This was also the Fijian’s return to action after over a month out, and he marked his return in style.