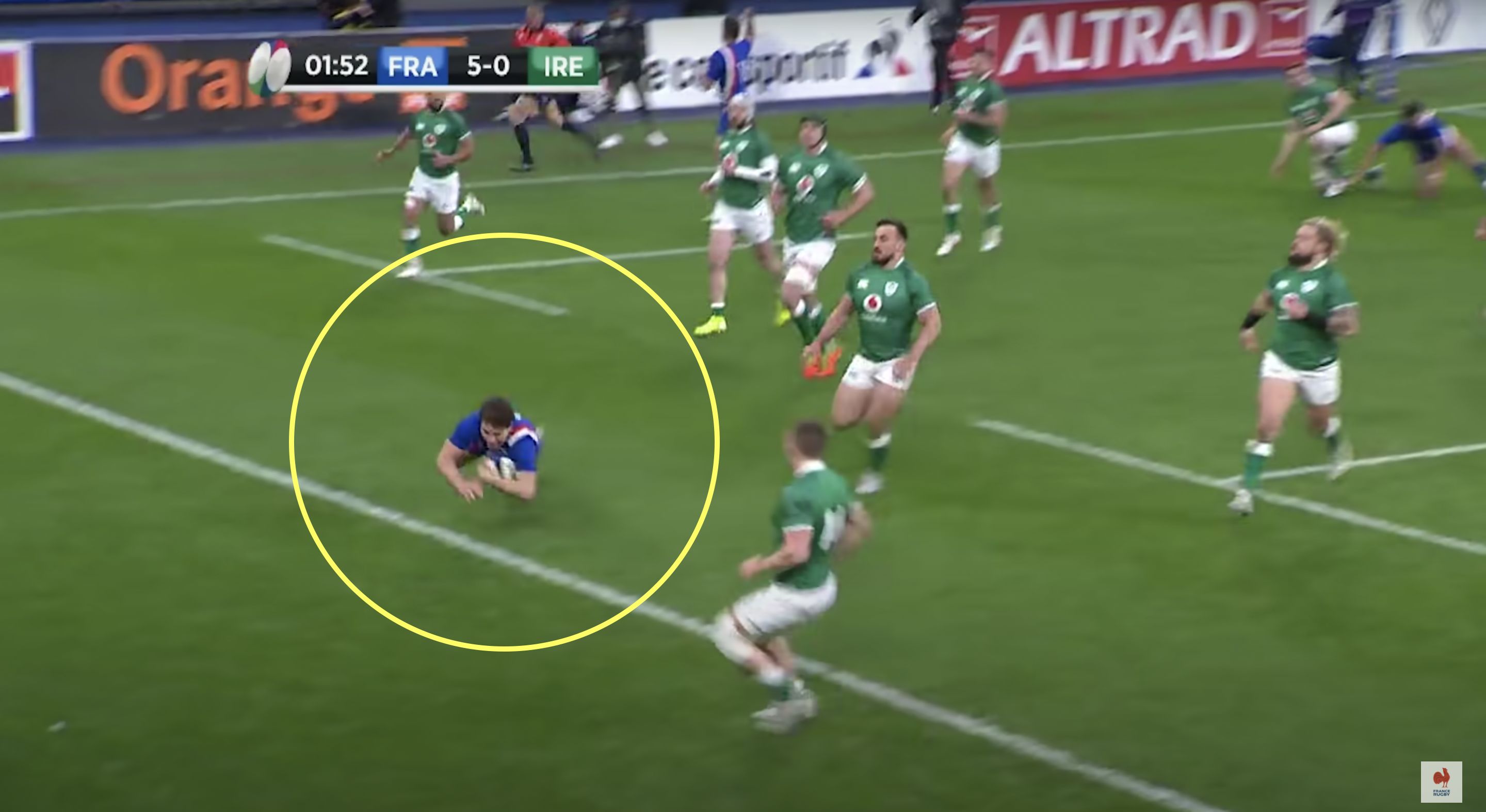 France started with a bang against Ireland on Saturday at the Stade de France, scoring a try within two minutes through none other than Antoine Dupont.

The try itself was special and showed how terrifying Les Bleus can be on the front foot. Most of the rugby world have jumped on the backslapping bandwagon since then, including the Six Nations itself, who shared a new aerial view of the try. However, it may have inadvertently revealed that the try should have been chalked off.

The shot clearly shows that fly-half Romain Ntamack’s much vaunted one-handed offload to his half-back partner Dupont was in fact forward. It was not immediately apparent live or on any of the replays, but it looks quite clear with the aerial view.

This has obviously ticked off plenty of Ireland fans, who are questioning why the TMO did not intervene in this situation. This is where a home crowd becomes vital, as had that been Ireland throwing the pass, the replay would have been met by thousands of boos and shrieks. Then again, it is only this new angle that seems to be incriminating.

Take a look (or not if you are from Ireland):

This does not even seem to be a case of the ball going backwards out of Ntamack’s hand but looking like it went forward because the fly-half was stopped immediately and the ball still had forward momentum. It does seem to just go forward out of his hand- the ball goes in front of the defender James Ryan, who is level with Ntamack at best.

When looking at the final scoreline of 30-24, the result would have obviously been different had this try been disallowed. However, such was France’s dominance in the first half that they may have scored on another occasion. That is academic though.

The win did leave France as the only unbeaten side remaining in the Six Nations this year as they hunt for their first title in twelve years.