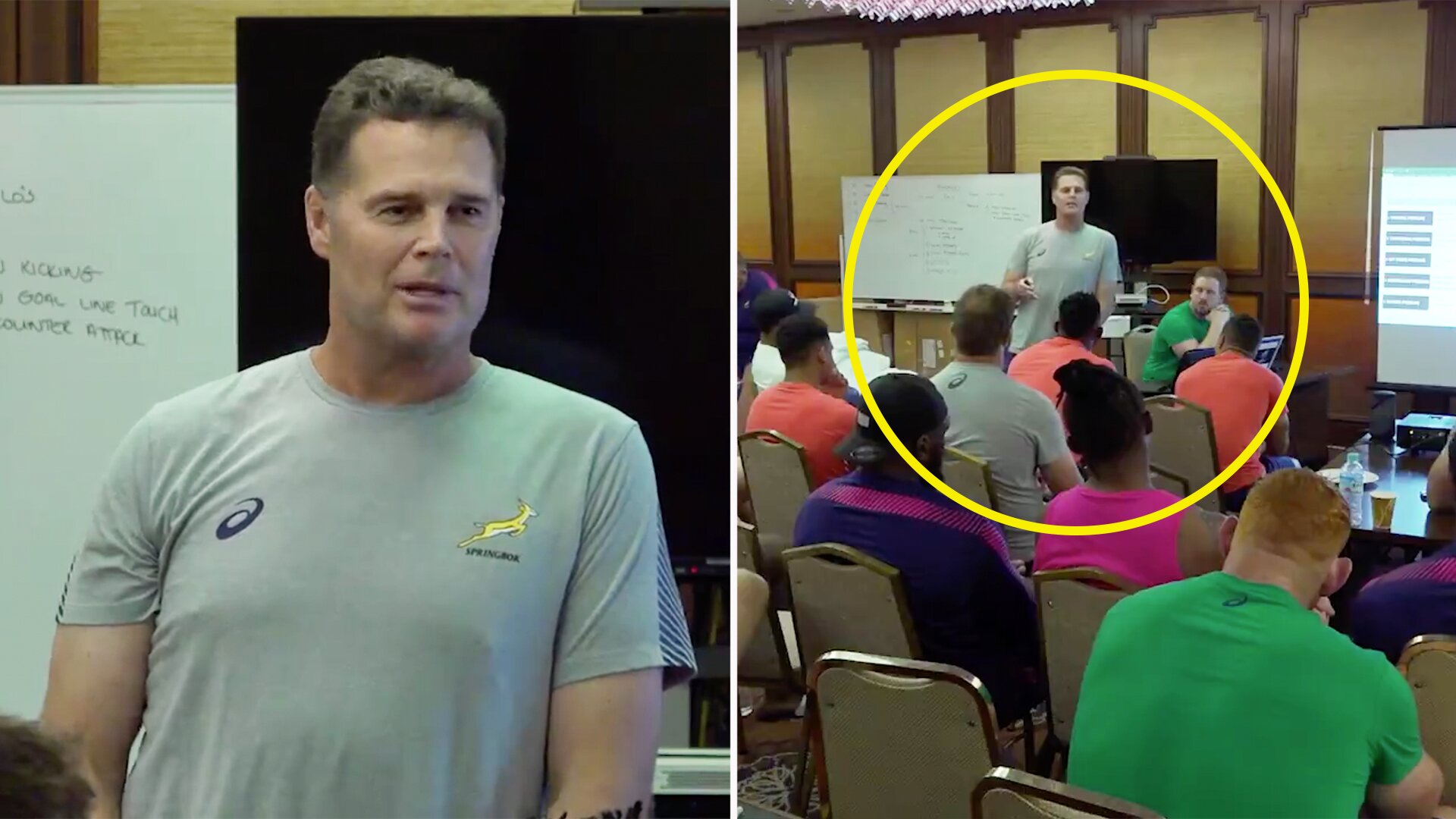 An extraordinary new video has been released with new behind the scenes footage of Rassie Erasmus and his World Cup winning Springbok side.

The video, released Rassies twitter account, shows the South Africa coach addressing his players in the lead up to their group game against Italy in Japan.

This really gives an incredible insight into the mindset of the Springboks at the Rugby World Cup.

Rassie starts off by saying to his team, ‘We are going to beat Canada – i mean we’re not children we can speak freely about that – but Italy is going to be a slippery game.’

The Springbok coach speaks frankly about his sides chances and says to his side that he is confident with their route going into the rest of the knockout stages.

Rassie said in the tweet ‘Probably wont believe it, but this was the most stressful week of World Cup(We lose we go home)’

Watch the incredible new footage below

Probably wont believe it, but this was the most stressful week of World Cup(We lose we go home) pic.twitter.com/8RIOMw977u

An RFU grassroots semi-professional player – Greg Goodfellow of Chinnor – has been banned from all sport for two years from March 29, 2019, until March 28, 2021, following the failure of a doping test taken last year in England.

A statement from the RFU on the doping ban read: “Mr Goodfellow provided a urine sample at Chinnor’s training ground on February 19, 2019. The sample was found to contain the prohibited substance methasterone.

“Mr Goodfellow was charged with a breach of World Rugby regulation 21.2.1 – the presence of a prohibited substance or its metabolites or markers in a player’s sample.”

RFU anti-doping and illicit drugs programme manager Stephen Watkins said: “All rugby players are subject to the anti-doping rules which are in place to protect players and the integrity of our sport.”

According to written verdict, the anti-doping panel heard the player’s evidence that a supplement called SD Matrix was responsible for the adverse finding.