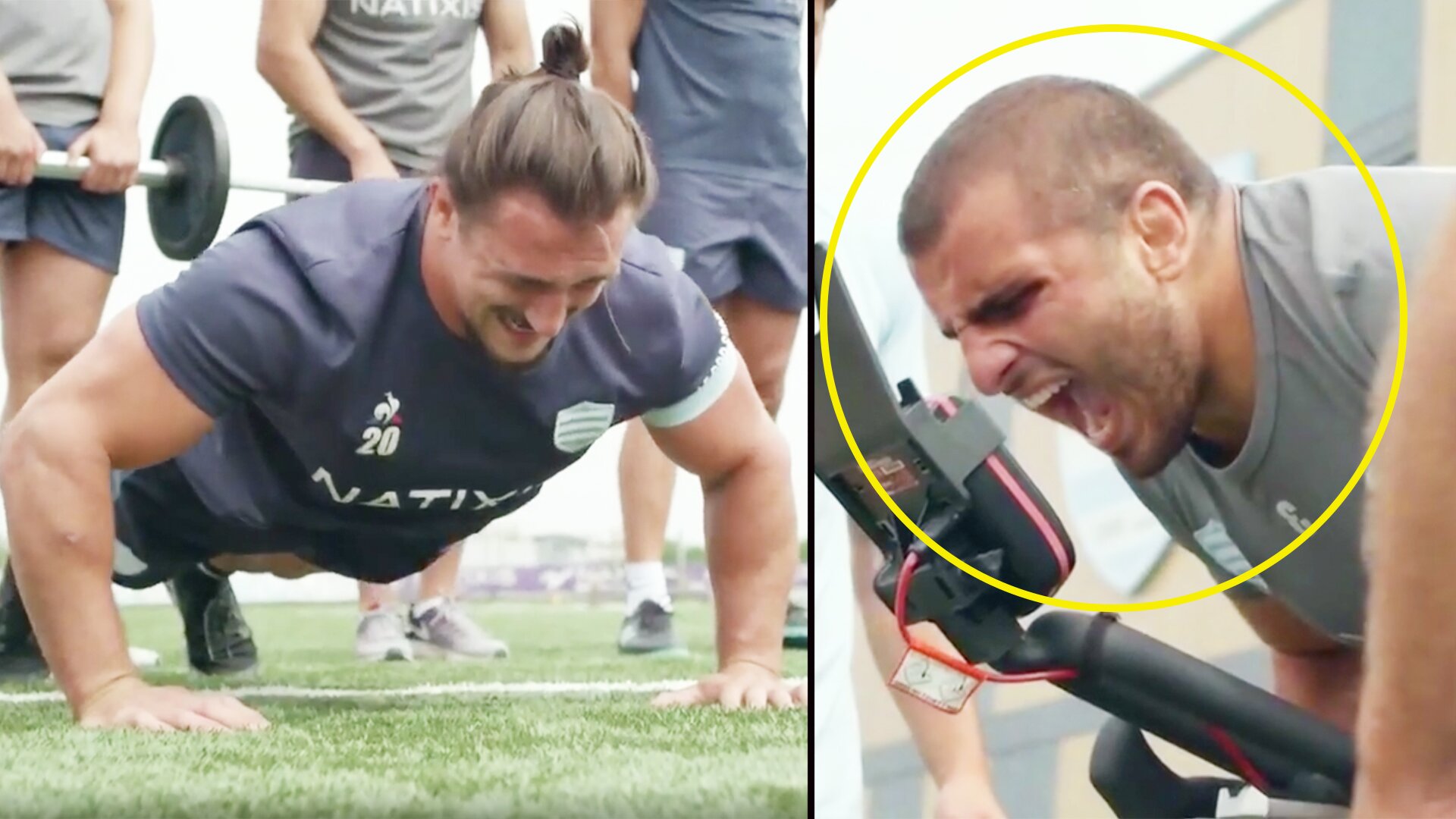 Racing 92 have today posted this insane training montage from their base in Paris as they look ahead to the Top 14 restart.

The French club has posted some brilliant footage from their pre-season over the last few days but things got SERIOUS in this newest 2-minute post.

The video featured some of the biggest stars in European rugby as they were put through their paces.

This gruelling training montage shows just how intense top tier pre-seasons get as we see players being put through rigorous fitness testing.

The Parisian based club have had an outstanding Champions Cup campaign so far and will meet Clermont in the quarter-final stage of the competition which will be held on the 19th September.

Watch this insane training montage below

Maro Itoje has laid down the gauntlet to all Saracens’ rivals, claiming in an atmospheric 107-second club social media video that the impending season in the Championship is the perfect year for the Londoners to mould stars of the future and return to the Premiership stronger than ever.

Following a daily drip-feed of contract extensions this past week featuring the likes of Sean Maitland, Jamie George, Mako Vunipola, Elliot Daly and Owen Farrell, the final piece of the Saracens jigsaw puzzle was supplied by Itoje with his Friday confirmation that he too is committed to their season in the Championship and for the long haul after that.

After Saracens were automatically relegated to the second tier for repeated salary cap breaches, Itoje’s future was subject to much speculation in recent months.