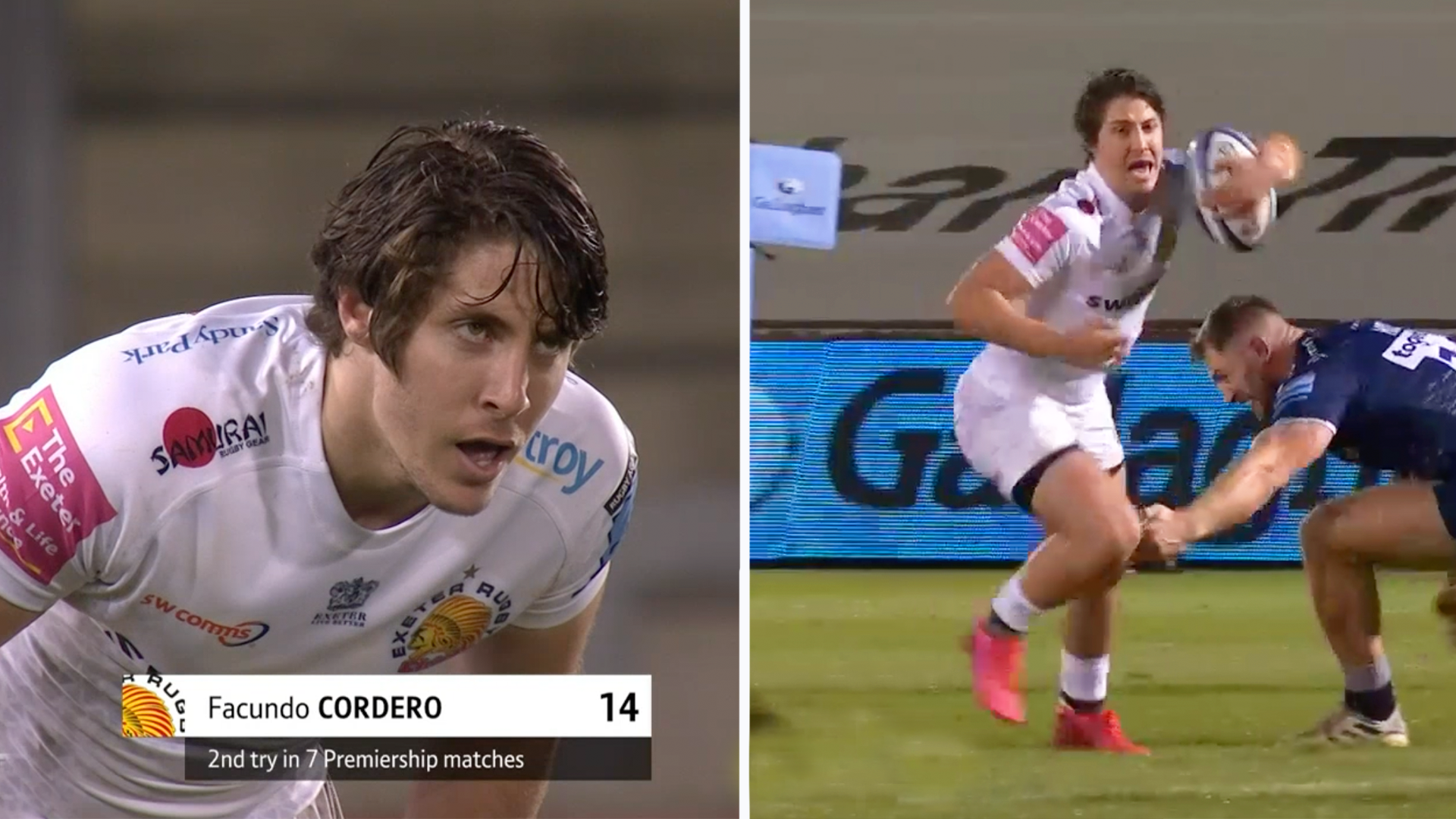 All new entries for the Gallagher Premiership try of the season have now been closed after this stunning effort in last night’s clash at Ashton Gate.

The incredible solo score was made by Argentinian winger Facundo Cordero in the first half of the match.

Social media was going into overdrive after this sensational effort.

The game at Ashton Gate started in controversial circumstances after this clear out from Jack Yeandle resulted in a red card for the Devon side.

Fans were split on social media about whether this should have been a sending-off offence.

Another red card! This time for Exeter.

No room for mitigation, he’s out the game 😔 pic.twitter.com/ovhcICHF2A

Sam Simmonds continues to stake a claim for an England jersey having now scored 12 tries in 11 games in this Gallagher Premiership season.

We see how the 26-year-old squeezes in to score in the corner – leading users online to question how he’s not been called up for Eddie Jones’ side.

watch the Sam Simmonds score in the video below

Just when you think the moves over, Simmonds squeezes out to make Sale pay 💥

The highlight of the evening, however, was this first half score from Facundo Cordero which sent fans delirious on social media.

Many fans were calling this the try of the season last night.

The steps! 🌪️ The acceleration! ⚡

Facundo Cordero that was a special, special try 🤯 pic.twitter.com/QqA8de9DNL