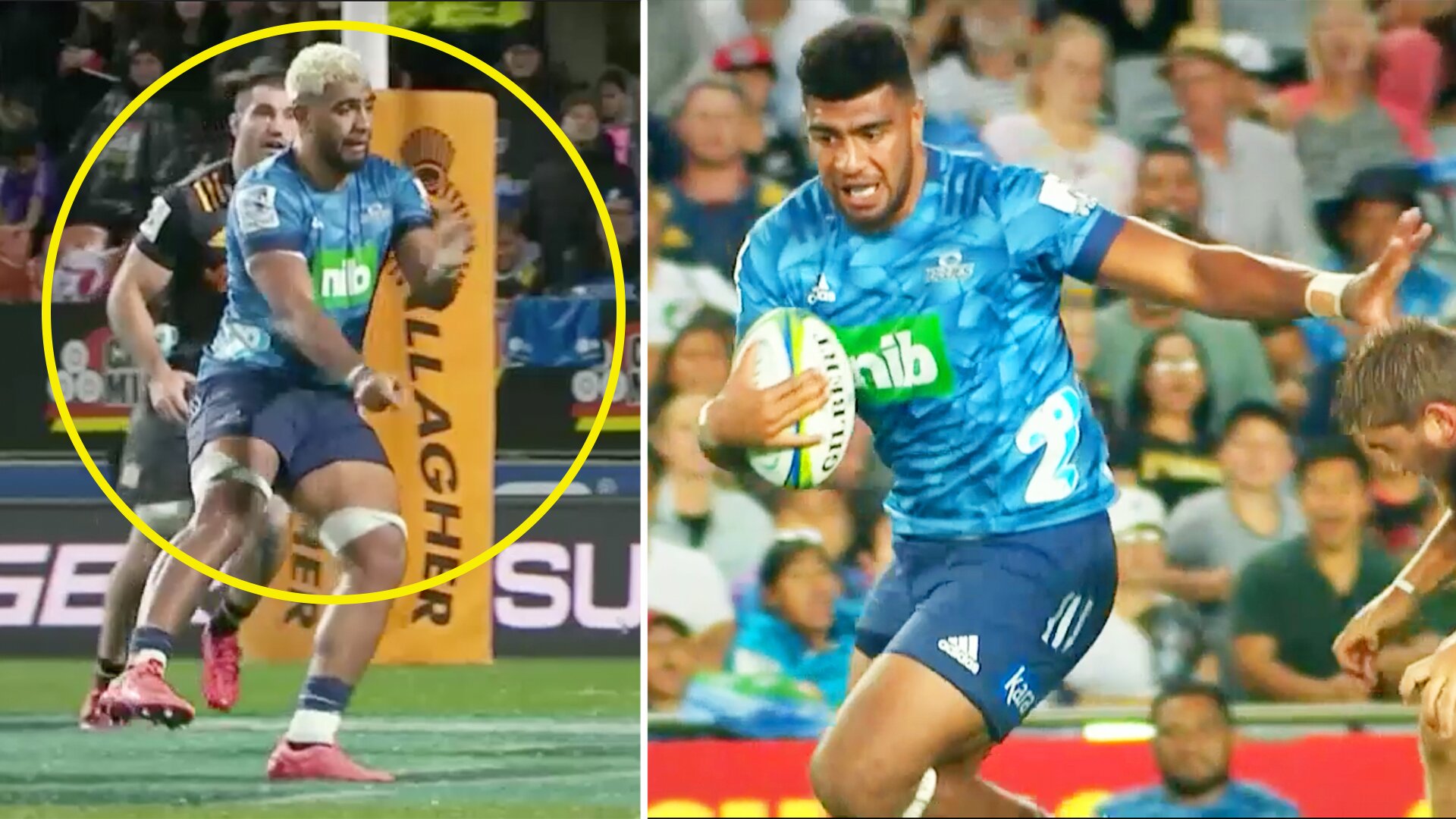 An explosive new video has just dropped online showcasing the player many are touting to be New Zealand’s next long term number eight – Hoskins Sotutu.

This new post from rugby creator ‘WowMaster375’ is outstanding.

🏆🏆 Congrats to your @WorldRugby7s series winners the @BlackFerns Sevens and @AllBlacks7s! pic.twitter.com/2T0EAsGyK3

The 21-year-old back-rower has made an exceptional start to Super Rugby Aotearoa with standout performances for the Blues.

The Auckland based side have won all of their games in the tournament so far and are fighting it out for the title with the Crusaders.

This video showcases the number eight’s all-round rugby ability with an exceptional running game allied with superb handling skills. His incredible strength has seen him terrorising defences in Super Rugby with this young kiwi showing all the hallmarks of what it takes to be a successful All Black.

Watch the outstanding video below

There have been calls for the Chiefs the remove their ‘racist’ and ‘culturally appropriating’ branding which the club has used since 1999.

A petition for Exeter Chiefs to entirely change their branding has gathered steam overnight with 131 signatures.

In the past 24 hours, a new logo has been presented to the club by the public showing a logo which would omit Native American symbolism from the badge.

The club revisits this debate after there were calls in 2018 for the club to change the commercial identity of the club.

The Exeter Chiefs introduced new branding in 1999 including the head of a Native American in a head-dress as the club logo. They have a mascot called Big Chief, a Native American Indian character wearing Chiefs kit and holding an inflatable tomahawk.

The imagery and dressing up by fans with head-dresses and tomahawks have come in for criticism from some quarters in recent years, with claims that ‘playing Indian’ is insulting to Native Americans.