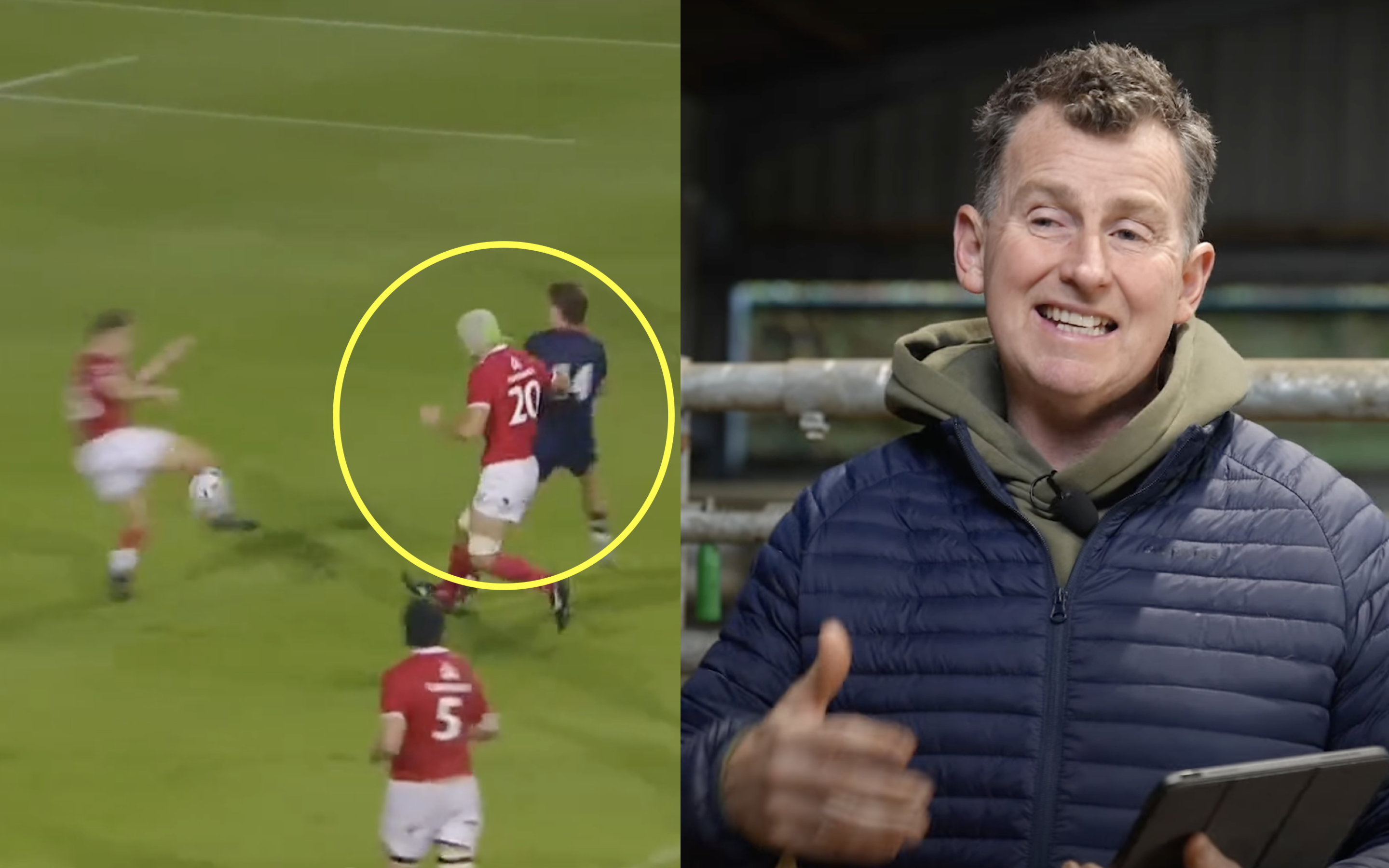 No sooner had Portugal fullback Nuno Sousa Guedes pulled off a reality-warping piece of skill against the USA on Friday than people starting to question whether it was legal or not.

In the final quarter of their final match of the World Cup Qualification Tournament, the USA poked a ball through into Portugal’s 22, whereupon Guedes covered it by back heeling the ball to his teammate Nicolas Martins.

The first response from fans was that Martins was in front of Guedes when he kicked, which he certainly was, but Nigel Owens has cleared that up in the latest episode of Whistle Watch.

“Congratulations to Portugal after that drawn game against the USA,” the former referee said. “It meant they topped the pool and qualified for the World Cup, so congratulations to them. I bet they’re all excited and looking forward to it already.