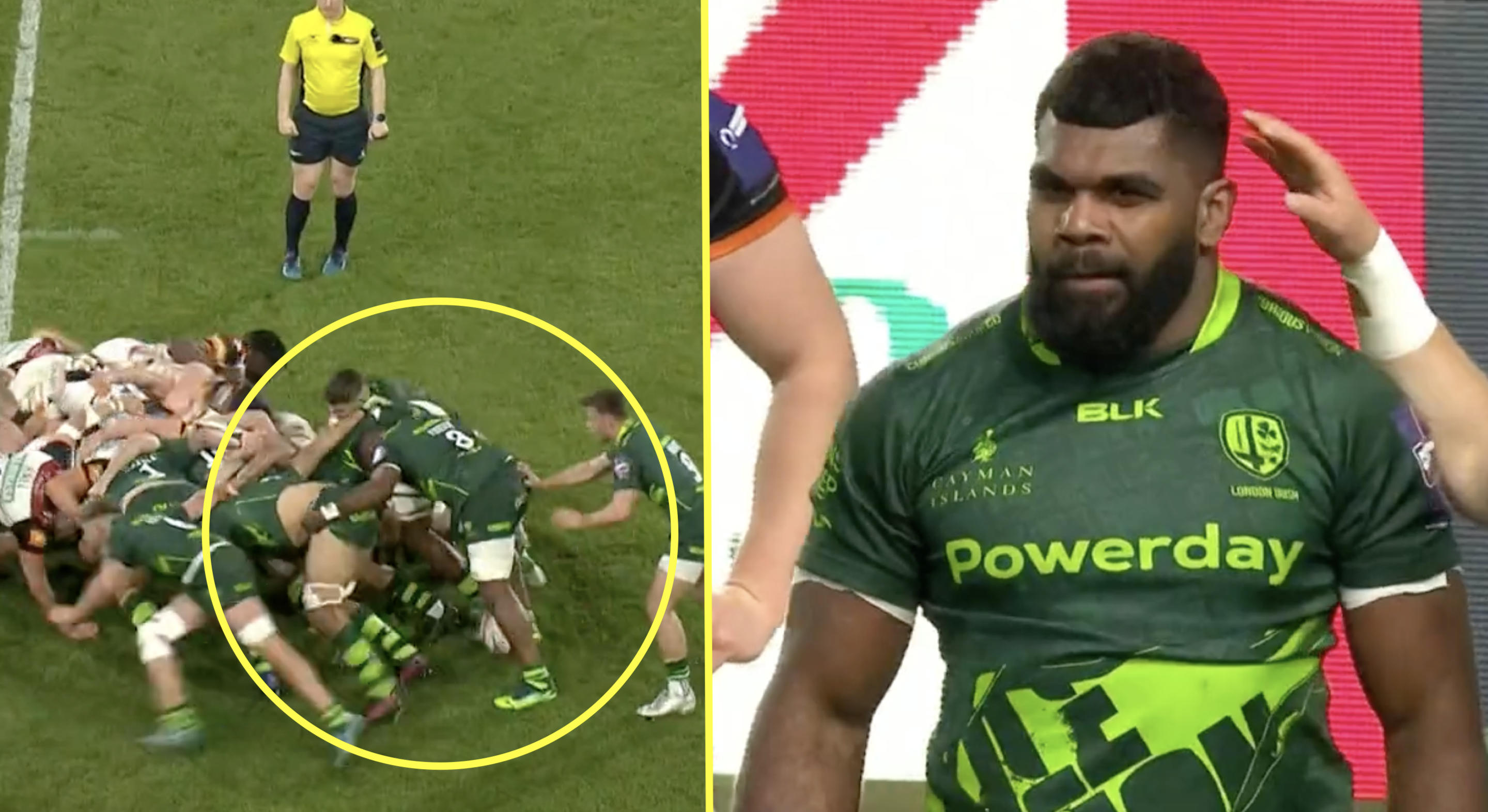 No8 pulls off scrum offload very few on Earth can

Sometimes, rugby suddenly becomes a very easy game when you have hands that make a rugby ball look like a ping pong when carrying it.

That is certainly the case for Fiji and London Irish No8 Albert Tuisue, who is able to make one handed offloads look like nothing at all, and he showed that last night.

London Irish really put Leicester Tigers to the sword last night at the Brentford Community Stadium in the Premiership Rugby Cup semi-final, winning 59-20. They were already leading handsomely 45-6 when Argentina’s Lucio Cinti went over in the second half, but that does not take away how impressive this try was.

Cinti was afforded space on the outside from 40 metres out courtesy of Tuisue’s work at the scrum. With the Exiles being awarded a penalty advantage from the scrum, the Fijian was being hounded by Leicester No9 Jack van Poortvliet. However, he was able to get a one handed flick to his No9 Ben White from the base, who was in turn able to get on the outside of his opposite man and put the Puma in.

All round this was a very slick try, but it could not have happened without some sublime offloading skills from Tuisue. Take a look:

Produces a burst of pace down the left and then skips past the last defender before going over the line.