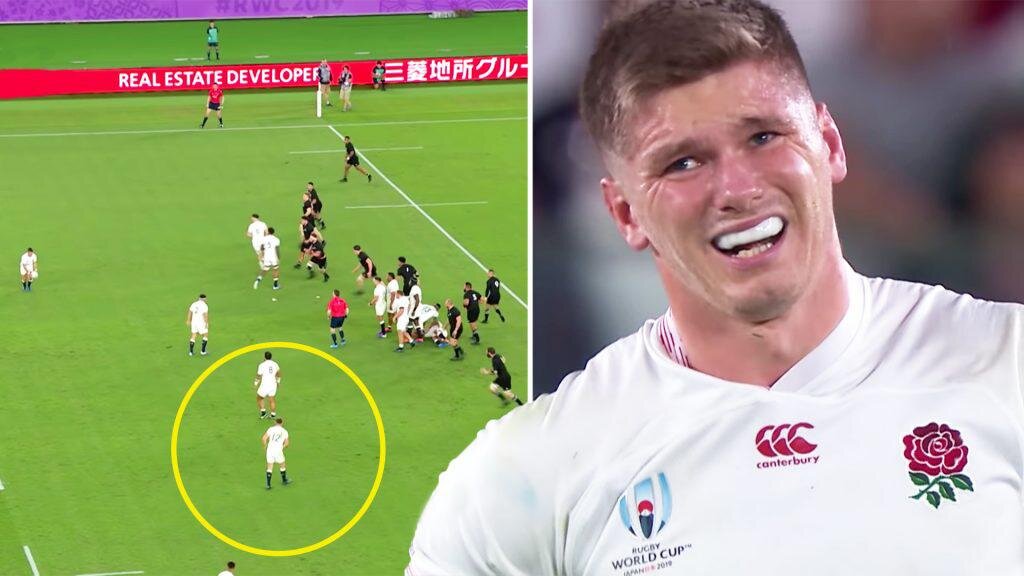 After the Saracen man’s high tackle this weekend, almost every rugby fan outside of the club has gone after the player. Fans and players alike have lined up to take a pop at the champ.

Shocking swinging arm from Owen Farrell and deserved a red card. Decent ban coming too, I talked about his tackle technique on @TheRugbyPod previously and it was a case of when this happened not if….. pic.twitter.com/kpnkqjETrp

It took 2020, the year of weird, for Owen Farrell to be red carded for a high tackle.

Owen Farrell has been high tackling and neck grabbing for years. He’s gotten away with it for some reason.

The hate for Faz is real. But is it warranted?

The England captain surprisingly has only received eight yellow cards during his professional career. That is a lot you say? Let’s not forget the fact that Owen Farrell is one of the best defensive backs in the World.

You won’t see many opposition players that would pick his channel to run down, something which you can’t say about all too many backs in the sport.

Videos such as the one below, highlight the times where he has defensively been at fault.

But nobody seems to remember the times when Baby Faz has dominated teams in defence.

He is an absolute unit in defence. The good people at Rugby Onslaught can’t just make statements like this without evidence.

This is just one of the hundreds of quality hits that he has put in.

Is he the worst?

Simple answer. Not by a mile.

We can name a whole host of British legends of rugby who we would consider to be worse in terms of things that they have done on the rugby pitch.

Brian O’Driscoll, in 2013 he was yellow-carded for stamping on an Italian player in the Six Nations. The stamp appeared to be deliberate, and in hindsight, it’s a pretty brutal thing to do in a rugby match.

If Owen Farrell, the scapegoat, did this what would we say?

And what about someone like Sam Warburton, you could say he effectively ruined Wales’ World Cup hopes in 2011 with that dump tackle on Vincent Clerc. And if Owen Farrell did that, what would everyone say then.

Owen Farrell has made high tackles in the past, but he has never done things such as this.

If Owen Farrell was Welsh, Scottish or Irish, he would be hailed as nothing but a warrior putting his body on the line for his country. We don’t want to bring nationalism into this, but could this be the case…

We work in the dark to help others see the light.