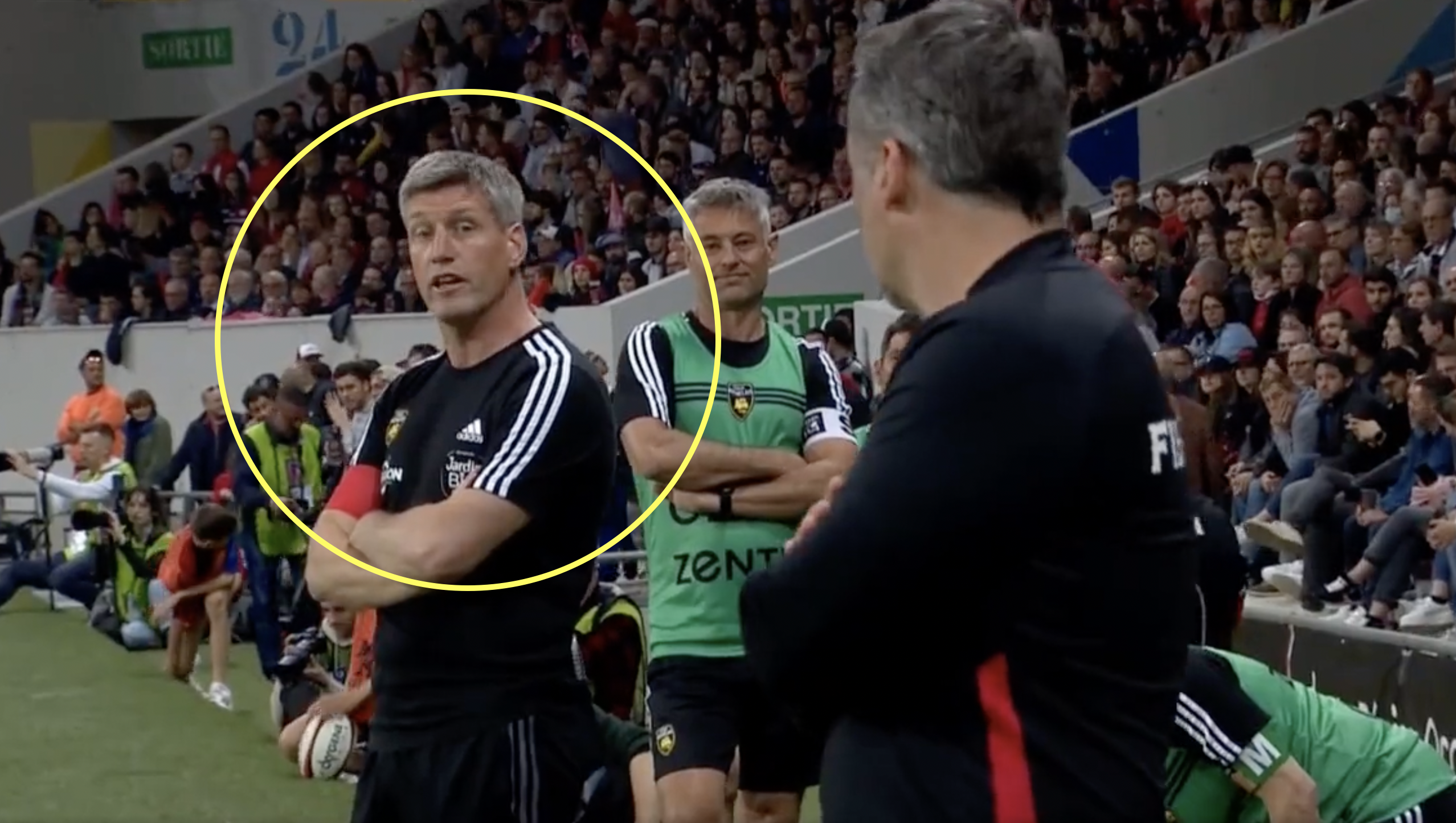 La Rochelle head coach Ronan O’Gara seems to be making quite a nuisance of himself in the Top 14 this season.

Just a matter of weeks after the Irishman was in and out of disciplinary hearings like a yo-yo, he was at his fiery best against Toulouse at the Stade Ernest-Wallon. La Rochelle fell to the reigning Top 14 and Heineken Champions Cup winners 23-16, but there was as much of a battle on the sidelines as on the pitch.

O’Gara was seen arguing with Toulouse coach Ugo Mola before an official decided to stand in between the pair. Mola then proceeded to wink at his own coaching team, suggesting he may have had a tactic of winding the Munster and Ireland great up.

O’Gara had a contretemps with Bordeaux-Begles head coach Christophe Urios last month in the Top 14 as well which actually escalated to the Urios slapping his counterpart.

Both La Rochelle and Bordeaux then met each other the following two weeks in two legs of the Heineken Champions Cup round of 16. However, due to a touch line ban that O’Gara had been handed for another incident against Racing 92, the pair did not butt heads again.

With La Rochelle playing Montpellier in the Champions Cup quarter finals this weekend at home at the Stade Marcel Deflandre, Philippe Saint-Andre may be the next coach on the former fly-half’s hitlist, or maybe he is on Montpellier’s…

Take a look at the incident with Mola: