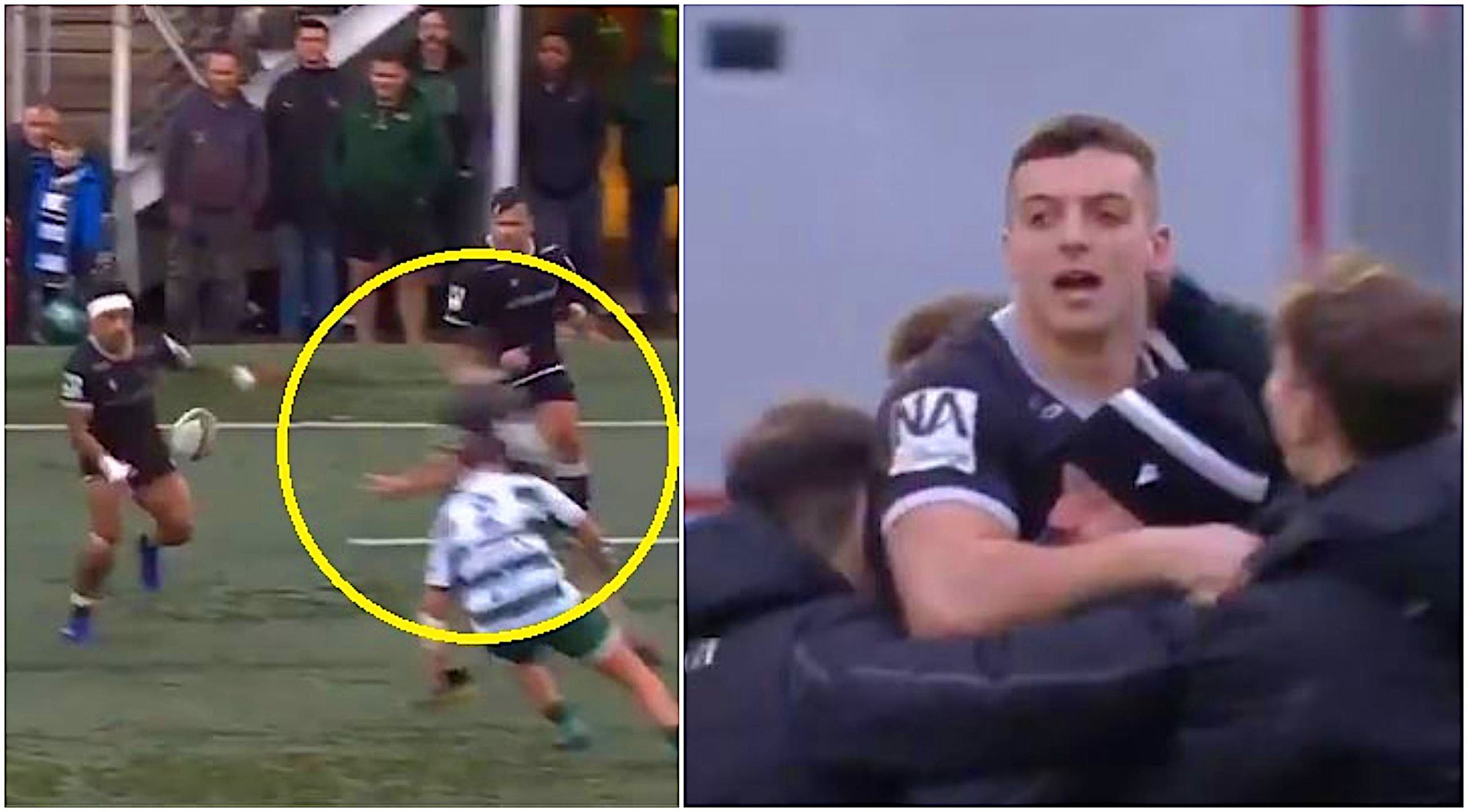 Newcastle Falcons Adam Radwan has just ran half the field and scored to put Dean Richards’ Newcastle side 14-0 up against Ealing Trailfinders.

Radwan, the winger who just turned 21, burst onto the first-team scene last season with a string of eye-catching tries, starring for the Falcons in their run to the 2018 Singha 7s final before dotting down seven tries in his six first-team starts.

The Teesside flyer had re-joined the Falcons’ senior academy in 2017 after being released as an 18-year-old, academy manager Mark Laycock saying: “Adam’s story shows that hard work and persistence really does pay off if you apply yourself in the right way.

Adam Radwan has just ran half the field and scored to put Dean Richards’ Newcastle side 14-0 up against Ealing Trailfinders.

Players and staff from Sale Sharks made a special visit to a children’s hospital in Manchester to deliver home-cooked meals and Christmas presents this week, in conjunction with Emmie’s Kitchen.

The group were joined by Michelle Orange, co-owner of Sale Sharks, for the special Christmas event which took place on Wednesday evening.

As well as giving out gifts for families and children, Sale organised a link-up with charity Emmie’s Kitchen, which ensures home-cooked food is delivered to families staying at Ronald McDonald House at least once every month.

The players helped deliver the food to more than 150 families and also posed for pictures and talked to families at the event.

Club-branded flags and scarves were left, along with 300+ tickets for upcoming games to the AJ Bell Stadium, which were donated by club partner Printerland.

“It’s been a privilege to play our part supporting an inspirational charity initiative right here in the heart of Manchester,” said Michelle Orange.

“Emmie’s Kitchen is only a small charity, but they play a vital role in making sure families staying at Ronald McDonald House enjoy home-cooked food at least once each month during the year.

“It was our pleasure to lend them a hand this month, and the players also took the time to go and spend time with lots of young fans here.

“The gifts we’ve dropped off will make sure there are presents for children in the Royal Manchester Hospital and their families to open together, and we’ve also left lots of free tickets, so we hope to see many of them at a Sale game in the near future.”

The 2019 Emmie’s Kitchen was set up by the parents and grandmother of Emmie Narayan-Nicholas after she was diagnosed with leukaemia and had to spend over 100 nights at the Royal Manchester Children’s hospital during a 6-month period.

Eve Narayan-Nicholas, mother of Emmie, said: “We are so pleased that Sharks were able to attend this month’s event, and they certainly brought a lot of joy to the families here. The volunteering of their time and the donation of tickets and memorabilia is incredibly generous, and we are very grateful.

“It is great to see a club throw their support behind a cause at the heart of the city.”

Sally Cannon, a Deputy House Manager from Ronald McDonald House Charities added: “Just like all our Houses, our Manchester House is a ‘home away from home’ for families during some of the toughest times of their lives, providing them with a sense of normality and a safe haven to recuperate close by to their poorly child.

“As an independent charity, we rely on the support from our donors and volunteers, which is why groups like Emmie’s Kitchen are so invaluable to us.

“Our Houses are open 365 days of the year, meaning a lot of families spend their Christmas with us, away from home. We try and make the holiday period as festive as possible for them, so it was great to see a selection of Sale Sharks players visit the House to help bring some festive cheer to our Manchester House during this cold December evening!”