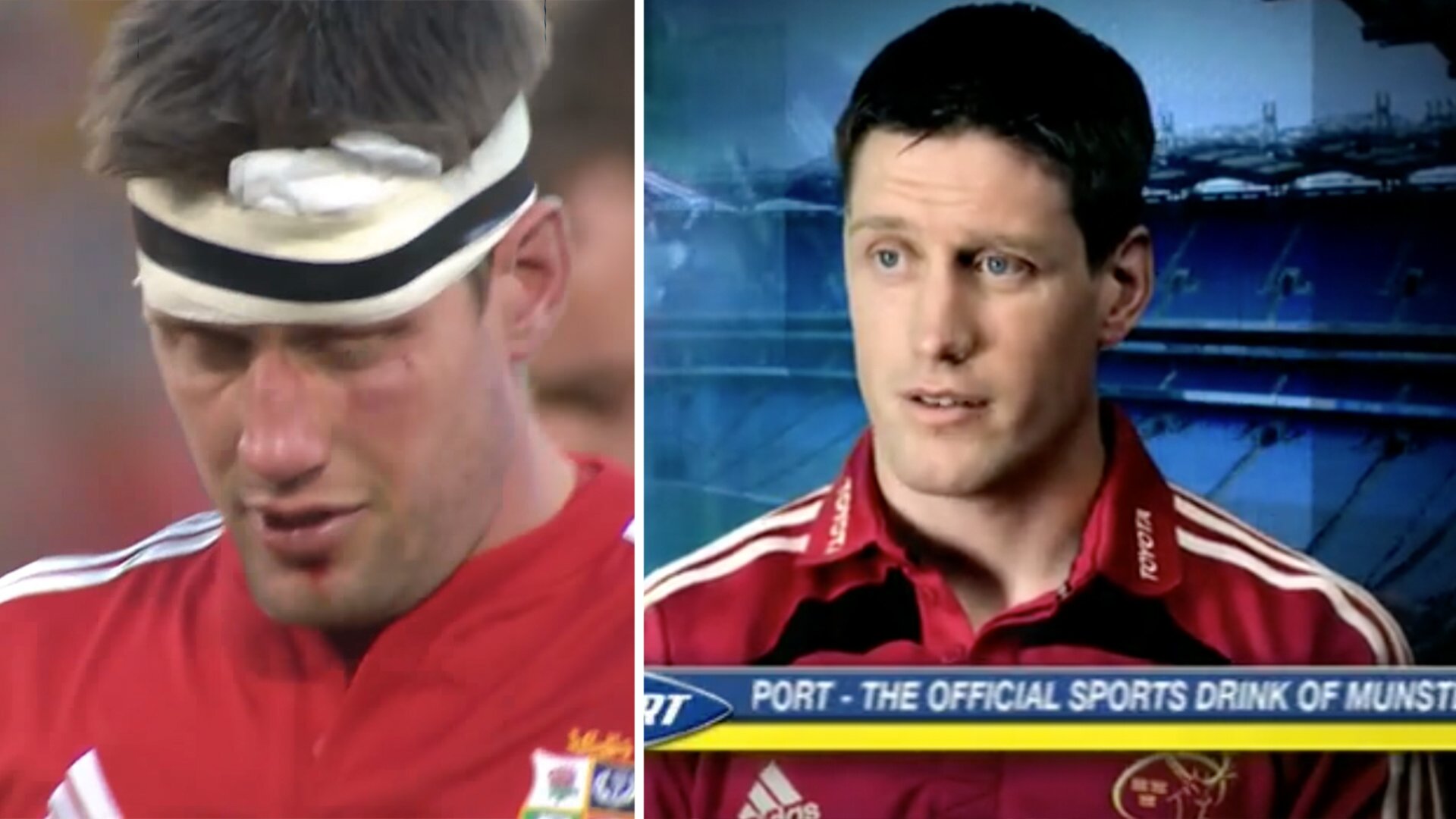 You really don’t get much more unlucky than this. An old video has surfaced showing Ireland & Lions legend featuring in an unfortunate Lucozade ad before the 2009 Lions tour to South Africa.

Ronan O’Gara would most probably not want to be reminded of the 2009 Lions Tour to South Africa. That is because he was unfortunate enough to have been involved in giving away a key penalty in the 2nd test against the Springboks which gifted Morne Steyn the winning kick against the Lions.

The moment will live on in the memory as one of the worst moments in rugby history for him.

However, old footage of a Lucozade ad has now been unearthed showing a painfully unfortunate video of Ronan O’Gara talking about how important ‘the final 15 minutes of a match are’.

The trailer was released just before the 2009 Lions Tour and it focuses on the mental resilience that O’Gara had as a rugby player, especially in the important parts of the match.

We are sure this is a trailer he would have wanted to forget about in a hurry.

How ironic is this advertisement in hindsight?